A survey suggests most drivers don't share Transport Minister Andreas Scheuer's view that autobahn speed limits are against "common sense." Proposals to impose a 130 kph limit were recently leaked to the media. 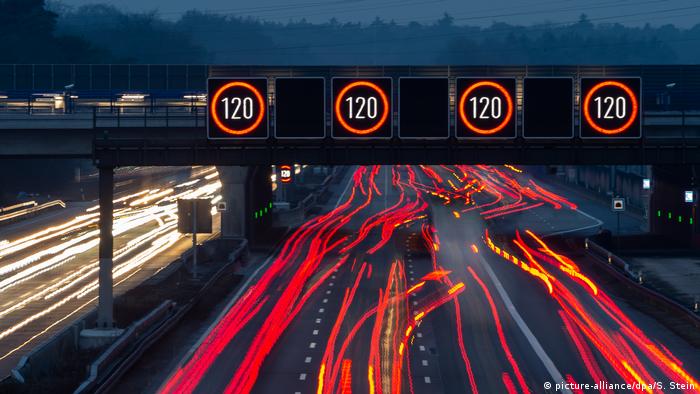 A majority of Germans approve of imposing a maximum speed limit on the country's autobahns, a survey published at the weekend indicated.

Fifty-two percent of those polled agreed that speeds of between 120 and 140 kilometers per hour (kph) (75 to 87 miles per hour) would be appropriate to help tackle climate change, according to the Emnid Institute survey, published by the Bild am Sonntag newspaper. Forty-six percent opposed such limits.

That stance by albeit a narrow majority of Germans contrasts with Transport Minister Andreas Scheuer's viewpoint; he remains opposed to any speed limits as they are "against all common sense."

Rejecting safety concerns, Scheuer, a conservative from the southern state of Bavaria — the home of carmakers BMW and Audi — insisted that "German autobahns are the safest roads in the world."

The term "Freie Fahrt für freie Bürger" (Unrestricted driving for free citizens) has been a catchphrase since the 1970s that has allowed Germans to traverse much of the country's freeway network at any speed.

Around 30 percent of German highways, some 7,640 kilometers (4,747 miles), already have speed limits, according to Scheuer. 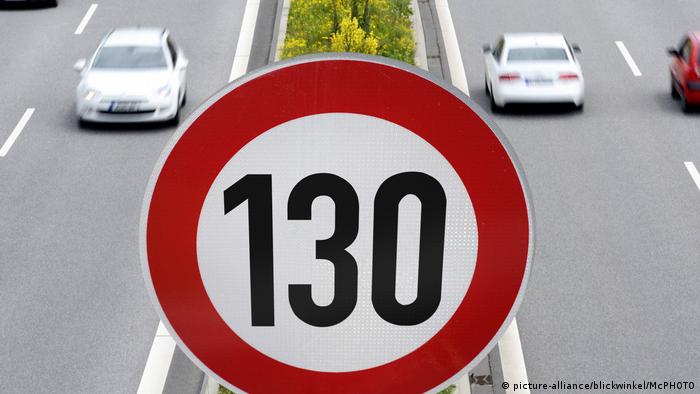 The concept is, of course, strongly endorsed by the nation's powerful auto industry, which has a reputation for building some of the world's most powerful cars.

Most German manufacturers, however, do limit the top speeds of most of their cars to 250 kph.

The debate was reignited on Friday when proposals from a government-appointed committee, due to report on the future of mobility in Germany in March, were leaked to the media.

The plans include the possibility of a 130 kph autobahn speed limit, as well as a fuel tax hike, an end to tax breaks for diesel cars, and electric and hybrid vehicle quotas.

The committee's findings will be incorporated into a climate change law the government wants to enact this year.

Ministers are torn between the need to protect Germany's vital car industry, especially in light of the Dieselgate emissions-cheating scandal, and the need to cut greenhouse gases to meet EU and domestic climate goals.

Transport emissions, which have not fallen since 1990, are a particular target for reductions.

Scheuer, however, told the paper that new speed limits would lower Germany's carbon dioxide emission level by less than 0.5 percent.

Following Friday's leak, the Ministry of Transport pointed out that the report represented "initial brainstorming" and that none of the measures had been "discussed, agreed to, or passed."

Europe's top court has started looking into a complaint by Austria, which has been up in arms about a German plan to introduce a road toll for passenger cars. Lots of nations collect such tolls, but there's a difference. (11.12.2018)