The man wore only shoes as he rode faster than the speed limit for cars towards downtown Kiel on a Saturday night. Police have not been able to identify the man to hand him a fine. 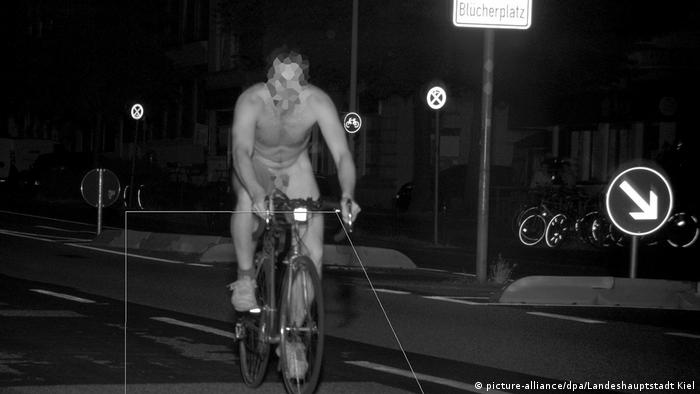 Police in the northern German city of Kiel said on Saturday that they were struck by one of their strangest traffic violations yet: a naked man, cycling at an impressive 47 kilometers per hour (29 miles per hour) in a 30 zone.

Wearing only shoes, the man was caught by a speed camera at about 11:30 pm local time, heading in the direction of downtown Kiel on the evening of July 21, a Saturday.

The incident came as Germany is dealing with an unprecedented heat wave.

Luckily, as the local Kieler Nachtrichten noted, the man is not going to have to pay his speeding ticket — as his identity remains unknown.

A duck or pair of ducks have been caught by the same speed camera flying at more than 20 kilometers per hour over the limit. The feathered felons are still at large. (20.04.2018)