From lakes to saunas and parks: Is Germany's nudist culture, known as FKK, dying out or still making waves? It's still strong enough to inspire a change of attitude for Berlin-based expats.

At first glance it seems like a regular beach scene: Children running in and out the water, sandwiches being passed around families and couples sunning themselves.

But on closer inspection most people at Krumme Lanke, a lake in the south west of Berlin have something in common.

They aren't wearing a scrap of clothing. And it's a non-event. No one cares and no one is surprised. There's nothing sexy about it. It's 25C; it's a very hot spring day and there's really no need for clothing if you don't feel like wearing it.

Three letters allowing everyone to get naked: FKK

Germany has a tolerance of and, in some cases, a fondness for being "textile free." Whether it's one of the country's hundreds of spas and wellness resorts, parks or lakes, many citizens here are known for having no qualms about taking their clothes off. 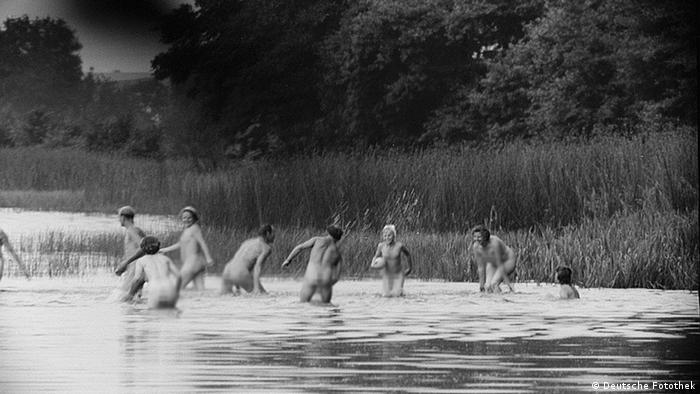 In certain parts of Germany, this is still a normal scene today

This is the country of FKK — Freikörperkultur — an informal movement that translates to free body culture.

But with bans on public nudity and the popularity of naked swimming in decline in Germany, advocates of nudist culture fear FKK is on its way out.

East Berlin-born Gregor Gysi, president of the European Left, spoke out last year on the decline of FKK and called for more designated areas for nudists. 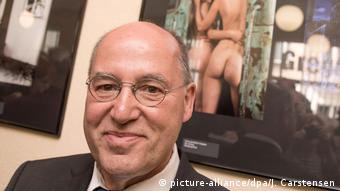 Gregor Gysi, a key politician of The Left party, at the opening of a photo exhibition in 2017

The politician said that according to a sex researcher it was the "pornographic gaze" of Westerners after reunification in Germany that destroyed the pleasure of nude bathing that had always been more widespread in East Germany.

Back at the lake a cyclist has just arrived, peeled off his bodysuit to reveal bare skin and jumped into the water. I'm not surprised at all the bums on show but it's taken some time to become accustomed to this laid-back attitude to nudity.

Why? Because I'm from Scotland, and, like other parts of the UK, there isn't the same attitude towards stripping off. To put it bluntly, if you take your clothes off in public you'd probably be accused of being a pervert. It's just not that common.

So "normal" nudity in saunas or beaches can make expats giggle or feel embarrassed. 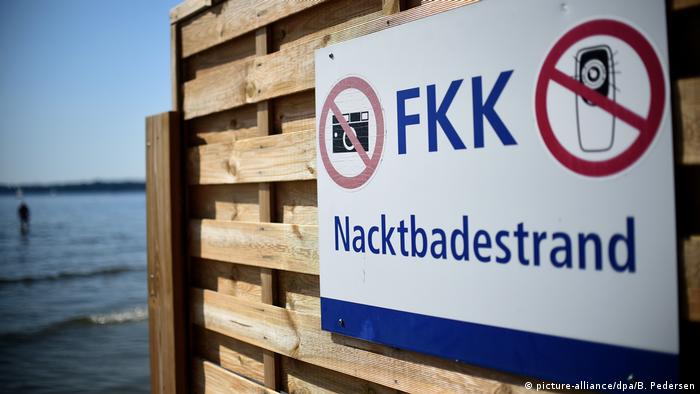 Put your cameras away: FKK beaches are not for Instagram

"In Anglo culture, people tend to have a very different relationship to the body, says Annegret Staiger, associate professor of anthropology at Clarkson University in Potsdam, New York. "Where as if you go to Germany, Bulgaria, France, Austria… it's a different story.

"In the US people are scandalized about skin and at the same time make such a hype about showing it," adds Staiger, who grew up in Stuttgart, Baden-Württemberg, before leaving to study in the US in 1987.

A counterweight to sexualized nudity

For me, the thought of baring all in public was unimaginable until I visited Berlin to take part in a journalism fellowship in 2015. Along with learning the language I was trying to embrace German culture — and quickly found out that FKK and not wearing any clothes in spa environments was part of that.

Read more: 10 expressions for traveling in Germany that you won't find in a guide book 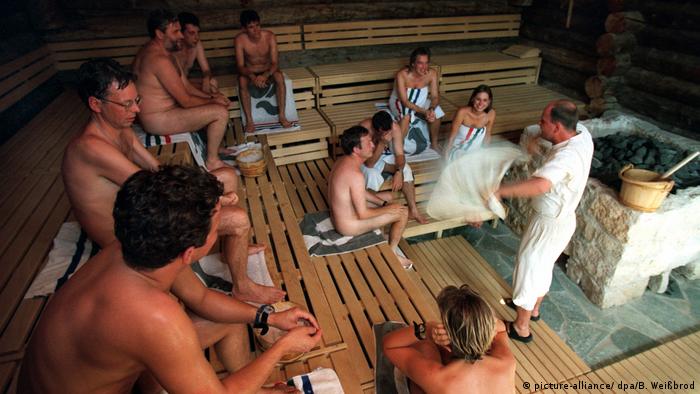 It took a lot of courage but I did it. After years of feeling uncomfortable in my skin, feeling that my body was ugly or something to be hidden away, it felt empowering to lie on the wooden slats of the sauna, with the heat prickling across my skin.

I found the attitude to nudity in Germany refreshing.

I had battled body confidence issues for years and embarked on numerous diets as I struggled with my changing body shape after puberty. But here people of all shapes and sizes could take their clothes off and feel comfortable.

It was such a different concept compared to what I'd grown up with. Taking your clothes off isn't necessarily a sexual thing and it's not about looking good. 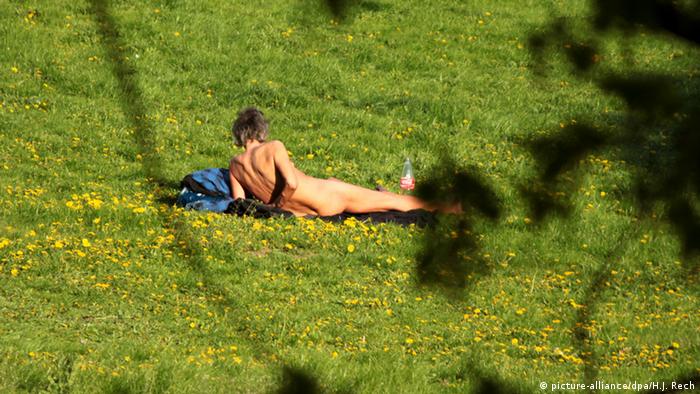 A brief history of a movement

The country's first FKK organization was created in 1898 and the idea, connected to the pursuit of good health, quickly spread, especially around Berlin, the North Sea and the Baltic Sea.

"Even at the turn of the century there was this movement away from the cities," says Staiger. "It was part of a broader movement connected to not having the body constrained by things like corsets, and letting it breathe."

Rather than sexualizing the body, the naturist movement was about health as well as freeing people from shame, social inequality and from the unhealthy living environments in the crowded cities of early industrialization.

At the time there were dozens of magazines and films dedicated to FKK culture.

FKK was initially banned by the Nazis during the war era, but the practice soon returned. Staiger says it could be argued that the party adopted the culture in some ways through their obsession with bodies.

"By the time Hans Suren's book Mensch und Sonne (1936) and Leni Riefenstahl's propaganda film Olympia (1938) came about, nudism had become incorporated — at least to some extent — into the racial ideology of the Nazis," she says. 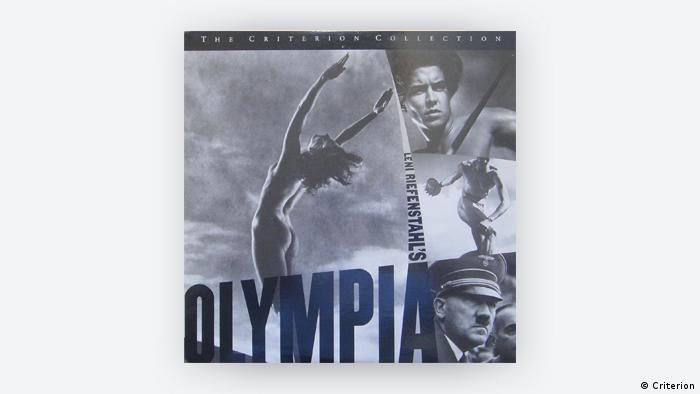 FKK culture persisted after the war and, although it existed in both East and West Germany, it took on a new meaning in the East where it became a symbol for people to escape a repressive state.

"FKK culture has a long tradition in Germany," says Gysi. "Partly, it also had ties to the workers' movement. In the GDR (German Democratic Republic), FKK beaches on the Baltic Sea were the norm."

Gysi says there were no separate nude beaches — everyone, whether they chose to wear clothing or not — bathed together. "This way of dealing with nudity was lost after the country's reunification," he adds.

Not the spirit of FKK: Sex sauna clubs

Staiger says a darker side connected to FKK has emerged in recent years in the form of sauna clubs that sell sex.

"We have the issue of these sauna clubs or brothels that call themselves FKK sauna clubs, but they're hiding behind the FKK label. It's another cycle of co-optation of an idea or maybe an ideology."

These clubs, according to Staiger, "don't have the spirit of FKK," she says. "They're purely a euphemism to make it (prostitution) more acceptable."

"FKK and nudist culture was about celebrating the body unencumbered by clothes, in nature and sunlight," adds Staiger. "In FKK sauna clubs, only sex workers are naked, except for their six-inch high heels. That is not what the idea of FKK is about." 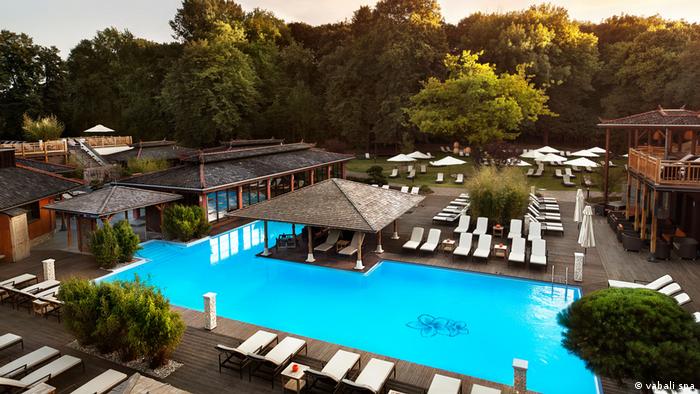 There are however still many German spas that are textile-free facilities without being brothels, such as the Vabali Spa

A culture worth protecting

So how can naturist culture get back to its roots and does it have a place in modern German life?

The way forward, Gysi says, lies with local politics — and to ignore those against it. "They (politicians) can easily declare certain areas on beaches and in spas to be FKK areas and in doing so they should not be misled by investors (who don't want nude people there)," he says.

Gysi says nudism stands for "self-confidence and the departure from social constraints" and I have to agree.  "That's important and worth supporting," he adds.

As a non-German I feel there's something special about naturist culture.

And I like living in a country where you're likely to find pensioners in the buff, friends chilling without clothes, and naked yoga. No one cares what you look like, it's just bodies — we all have them.

It's summer in Germany. That means people go on vacation, jump into their local pool and enjoy the warm sun. Here are 11 German words you might hear often this time of year. (05.07.2017)

School's out and work is slow. If they're not off traveling the world, here's where you'll find many Germans during the mild mid-year months. (12.07.2017)

When it comes to weddings in Germany, broken porcelain is a good thing - and brides should beware of kidnappers. On Meet the Germans, Kate Müser shares the German wedding traditions that surprised her the most. (28.06.2017)

Is German a harsh language? Not if you're talking to your sweetheart. From "mouse-bear" to "Schnucki," Meet the Germans presenter Kate Müser discovers lots of cute and funny nicknames Germans use for their loved ones. (14.02.2018)

10 things you won't find at a German grill party

Want to grill like a German? Then bury your clichés. Germans probably don't throw BBQ parties like you think they do. Here are 10 things to stay clear of when throwing the perfect German grill party. (02.08.2017)

Germans find it easier to strip naked on a beach or in a sauna than people from many other countries. A brief history of the country's nudism movement, known as FKK. (06.06.2018)

Located in the center of Germany, Göttingen will become the first city to allow women to swim topless in public pools. The decision comes after a gender identity row.