Germany is famous the world over for its autobahn — also known as "the highway without speed limits." But that's not the case everywhere. Here are some tips for navigating it.

Germany has its beer and sausages, its sauerkraut, its Christmas markets, and all the other things that people abroad call to mind when they think about the country. And, of course, there is the autobahn. Adventurous, speed-craving tourists think they can rent a car, jump in and drive without speed limits across the national highway network. What a way to travel!

And they can do that — sometimes. As the German paper Süddeutsche Zeitung notes, Germany is the only European nation to not have a general speed limit. Instead, there is a speed "recommendation" of 130 kilometers per hour (81 mph). But there are restrictions in certain places, such as near construction sites, dangerous stretches with curves or in and around cities. According to ADAC, Germany's national automobile association, there are speed restrictions on about 40 percent of the German autobahn. 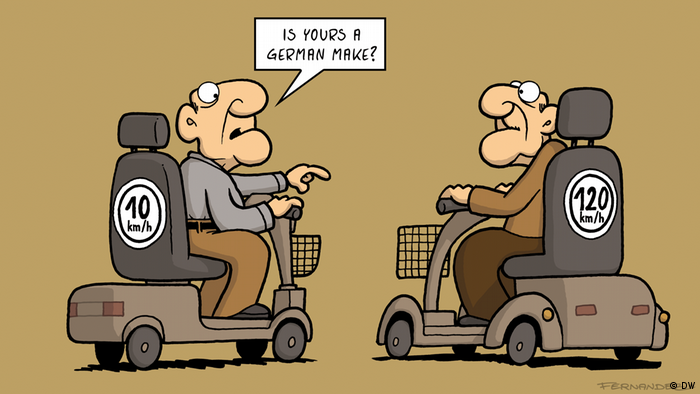 Why there are no limits on the other 60 percent of highways has largely to do with the power of the German automobile industry's lobby, says Thomas Harloff, author of the Süddeutsche article.

After all, the country is known for its fast, extremely well-engineered cars — a reputation that is a major selling point. Allowing those cars to fly across German highways without restriction "justifies their right to exist" in the first place, notes Harloff.

Still, Harloff points out, studies show that the majority of Germans would prefer restrictions, both to cut down on accidents and fatalities, and to protect the climate from increased emissions.

However, statistics show that 60 percent of all fatal accidents occur not on the autobahn, but on country roads where the maximum speed limit is 100 km/h (62 mph).

So, we can dispel the myth that there are absolutely no speed limits on German freeways — and perhaps while we're at it the myth that Adolf Hitler initiated the construction of the autobahn. Read here for more:The myth of Hitler's role in building the autobahn

Meanwhile, if you're planning to travel to Germany just to put the pedal to the medal, view the picture gallery here for some tips. After all, you need nerves of steel to maneuver the autobahn and still stay alive! 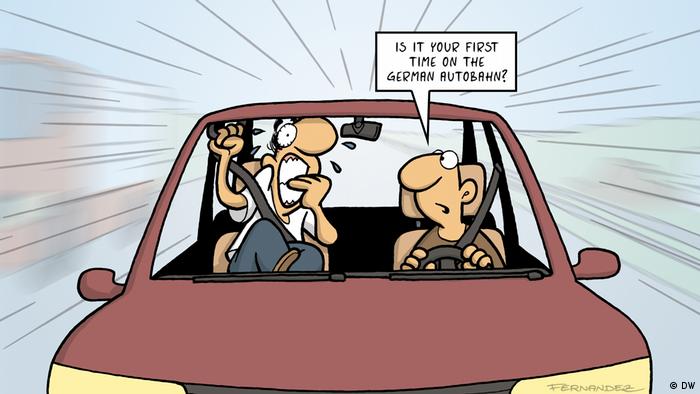 Check out more cartoons from the series "That's so German" and find more from Meet the Germans on YouTube or at dw.com/MeettheGermans.

From specialized breakfast equipment to an army of binders, here are 10 things you're likely to find in most German households. (25.04.2018)

Dos and don'ts when celebrating a birthday in Germany

In Germany, wishing someone happy birthday on the wrong day could get you in big trouble — and getting old can also get expensive. Join Kate Müser on Meet the Germans for more birthday dos and don'ts. (14.03.2018)