Four German managers at carmaker Audi were the latest to be charged in the United States as part of a diesel emissions cheating scandal. The company has already paid an €800 million fine as part of a case in Germany. 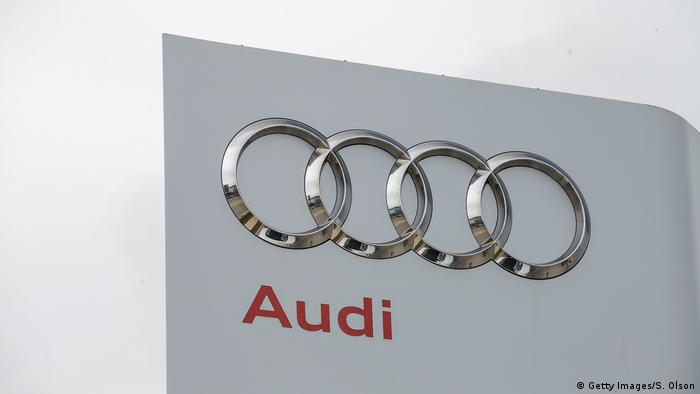 A US grand jury in Detroit has indicted four Audi engineering managers from Germany on counts of conspiracy, wire fraud and violations of the Clean Air Act.

The indictment accuses the four men of taking part in a nearly decade-long conspiracy to deceive the US Environmental Protection Agency (EPA) by cheating on emissions tests for 3-liter diesel engines. Audi tests showed emissions were up to 22 times higher than the allowed US limit, the indictment added.

The indictment said the employees realized there was not enough room in the vehicles to meet VW design standards for a large trunk and high-end sound system while still holding a big tank for fluid to treat diesel emissions, which led the four to design software to cheat on the emissions tests so they could get by with a smaller tank.

None of the men are in custody, and they are believed to be in Germany, a US Justice Department spokesman said.

Audi is a luxury brand owned by German automaker Volkswagen. VW pleaded guilty in 2016 to criminal charges in the scandal and will pay more than $30 billion (€26.3 billion) in penalties and settlement costs.

VW announced in October that Audi had agreed to pay an €800 million fine issued by German prosecutors to close a diesel emissions cheating investigation.

The indictment is the latest event in the widening VW diesel emissions cheating scandal, in which VW used defeat device software on about 600,000 vehicles to turn pollution controls on during tests and turn them off while on the road.

Read more: Test case against Volkswagen opens — why it matters

The four indictments bring the total number of VW employees charged in the scandal to 13.

Two have pleaded guilty and are serving jail time, while six others, including former VW CEO Martin Winterkorn, remain in Germany.

No evidence of cheating in VW's petrol cars, says ministry

VW ordered to pay €1 billion fine for Dieselgate in Germany

Public prosecutors have ordered the auto giant to pay for falsifying their vehicles' emissions test results. VW has said it "accepts responsibility" and will pay the fine without contesting it. (13.06.2018)

Porsche to pay fine over involvement in pollution scam

Volkswagen brand Porsche has been ordered by a regional German court to pay €47 million in damages for its role in the VW Group's emission-cheating scandal. Executives look likely to appeal the verdict. (24.10.2018)