VW ordered to pay €1 billion fine for Dieselgate in Germany

Public prosecutors have ordered the auto giant to pay for falsifying their vehicles' emissions test results. VW has said it "accepts responsibility" and will pay the fine without contesting it. 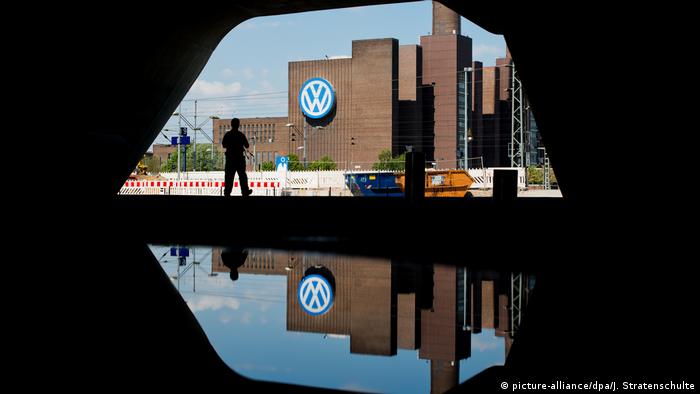 Volkswagen was handed a fine of €1 billion ($1.18 billion) on Wednesday by district prosecutors in the central German city of Braunschweig, close to VW's headquarters in Wolfsburg.

"Volkswagen accepts this fine and acknowledges its responsibility," for the Dieselgate emissions scandal, the company said in a press release.

The penalty is for "between the years of 2007 and 2015, allowing some 10.7 million vehicles on the road with unreliable emissions software... in the US, Canada and worldwide."

The company expressed optimism that paying the fine would partly set right its wrongdoing, and serve as a deterrent for any similar behavior in the future.

News of the emissions scandal broke in September 2015 when US researchers discovered that millions of Volkswagen diesel cars had been installed with faulty software that made the vehicles appear to pass emissions standards, though their pollution levels were actually higher than regulations allowed.

The scandal helped prompt mass recalls, significant damage to VW's reputation and the resignations of several of the firms' top employees.

It has since transpired that several other car manufacturers had employed similar software to dupe tests on their diesels, especially in order to pass particularly stringent US standards for nitrogen oxide emissions.

Volkswagen is also facing fines or investigations from 19 other countries including the US, Canada, India, Brazil, China and Australia.

The move by the Braunschweig prosecutors to file a claim of an administrative offense is one of the few ways that VW can be made to pay for the scandal inside Germany, as it mostly affected cars being sold abroad. There are however still several lawsuits from German consumers pending against the company.

At VW's annual general meeting all eyes were on Herbert Diess and his restructuring plans. Though shareholders are focused on the future, the ongoing diesel crisis got more airtime than expected, reports Timothy Rooks. (03.05.2018)