The Federal Transport Authority is seeking a recall of 19,000 SUVs in Germany after discovering the luxury vehicles emitted excessive pollutants due to cheating software. Other countries are expected to follow suit. 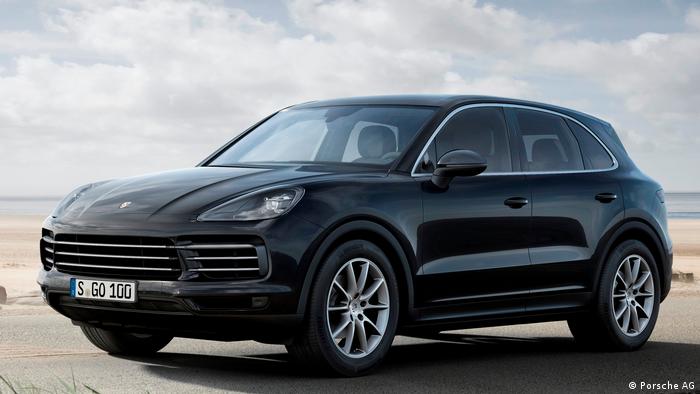 In yet another hit to Germany's image as a car mecca, the country's Federal Transport Ministry said Friday that it was ordering a mandatory recall of 19,000 Porsche SUVs in Germany because of emissions cheating, adding that a total of around 60,000 manipulated vehicles had been identified throughout Europe. The recall is based on demands made by the country's independent motor vehicle authority (KBA).

The agency said "impermissible defeat devices" were found in some 4,000 Cayenne and 15,000 Macan vehicles. The term defeat device refers to software designed to reduce the emissions of harmful nitrogen oxides in test conditions, with the car emitting more in real on-road driving.

The cars were sold by the high-end Volkswagen subsidiary Porsche which depends on Audi to build all of its diesel engines. Only 10 days ago Audi itself reported "irregularities" in the emissions controls of recent vehicles and halted deliveries of the affected models. In this case the company is accused of tampering with the so-called AdBlue function, which helps neutralize the output of nitrogen oxides.

A Porsche spokesman said across Europe, some 53,000 Macans fitted with 3.0 liter diesel engines and 6,800 4.2-liter Cayennes were affected by the recall, adding that the company was "working with the KBA on a technical solution" for the Macan's motor control software.

The company has already agreed to an update for the Cayenne and will contact owners about the installation.

In both cases the vehicles affected were certified under the more stringent Euro 6 emissions standard, even though news weekly Der Spiegel reported that investigators found the Macan diesels included five defeat devices even after a 2016 software update designed to reduce pollution.

This is not Porsche's first encounter with authorities. Last year, the KBA forced the recall of around 21,500 Cayenne V6 diesels, temporarily withdrawing certification.

Germany's car industry remains in the focus of the media and criminal investigators almost three years after Volkswagen's September 2015 admission of rigging diesel cars worldwide to fool emissions checks. Up to this point, Dieselgate has affected 11 million vehicles and cost the Wolfsburg-based conglomerate more than €25 billion ($29.4 billion) in fines, buybacks and compensation.

Among other German car companies, BMW and Mercedes-Benz have both had their offices raided by investigators searching for evidence of possible cheating. BMW recalled some 12,000 cars in February after admitting they contained software that allowed the engines to release more harmful emissions on the road than in the lab, but insisted the software was installed by mistake.