Europe's top court has started looking into a complaint by Austria, which has been up in arms about a German plan to introduce a road toll for passenger cars. Lots of nations collect such tolls, but there's a difference. 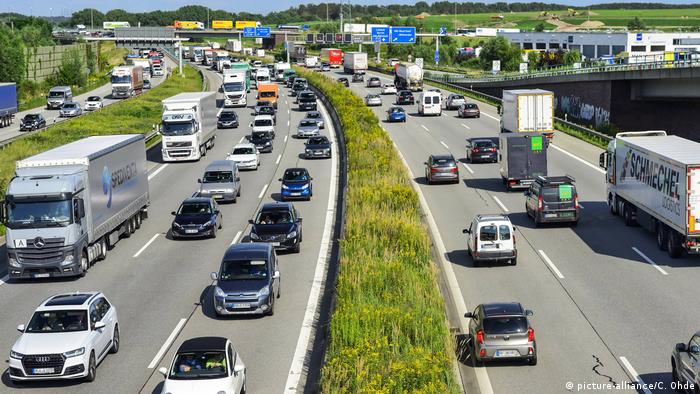 Back in 2015, German lawmakers passed a bill that paved the way for the introduction of a road toll for passenger cars on the country's highways (the autobahn network). The coalition government wants the law to go into effect no later than 2021.

The tricky thing about the German toll is that while local residents will also have to pay the yearly fee, they will get a hefty refund through a matching reduction of their motor vehicle tax bill.

After learning about the details, Austria immediately rejected the German plan, calling it a blatant way to discriminate against foreigners. At the time the European Commission sided with Austria, the Netherlands and other EU member states which were against the road toll. But in a final round of discussions with the German transport minister last year, Brussels said the toll would be OK as Berlin agreed to make the volume of the tax refund contingent on the cars' size and eco-friendliness.

Despite knowing that Brussels would only have limited capabilities of interfering in a nation state's tax policies, Austria took the matter to the European Court of Justice, which started to deal with the complaint Tuesday. A verdict is not expected before early next year.

Vienna insists that Germany's planned law smacks of discrimination against foreign drivers, adding that the most recent changes to the bill could not remove that feeling of being treated unfairly.

Recent estimates indicate that a total of 1.8 million Austrian commuters would be affected by the autobahn toll. It's fair to say that Dutch drivers will be hit even harder.

The Netherlands shares a 500-kimometer (311-mile) border with Germany. A study pointed out that some 22 million cars with Dutch number plates cross the border into German every year, meaning that the planned toll would cost Dutch drivers between €60 and €100 million annually.

Austria and the Netherlands have made it clear, though, that their campaigns have never been directed against a German road toll for passenger cars as such.

Austria would have had no reason to complain anyway as it is among the many European nations that have established a toll system for their motorways. You can buy a sticker to affix to your windscreen there, valid for various periods of time. The Swiss also offer a prepaid sticker, and so do the Czechs and Slovenians. 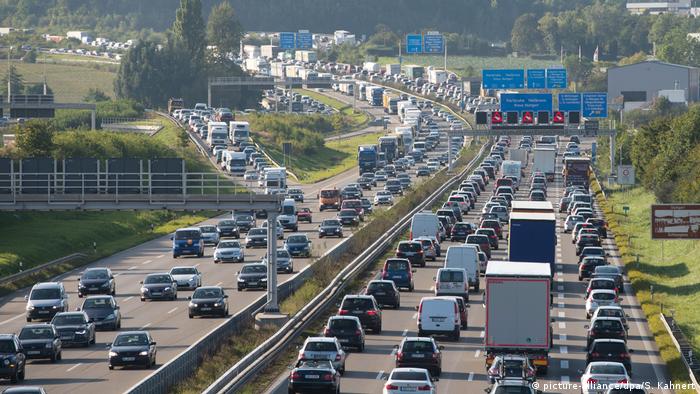 France and Italy have a different toll system in place where stickers are not needed, because tolls are not collected for using the network for a given period of time. Rather, the two nations make drivers pay in proportion to the distance they have traveled.

It looks like a more just system, but there's a lot of hassle involved in collecting the toll at booths before motorway exits, often leading to traffic jams. Fees in Italy are almost double the price drivers have to pay in France.

By the way, there's no direct correlation between how much drivers have to pay and how much the countries in question invest in their road infrastructure. While traveling on Italy's motorways is expensive, its investments are low in comparison with those of fellow EU nations.

For the time being, drivers don't have to pay anything for using motorways in Germany, Belgium and the Netherlands. The same goes for most motorways in Spain. In Denmark and Sweden you only have to pay for using some major bridges.

Just in case you were wondering — attempting to evade a toll is rarely a good idea as fines for violations can be as high as €800 (ask the Slovenians).