Germany′s highway toll green-lit in Bundesrat | Germany | News and in-depth reporting from Berlin and beyond | DW | 31.03.2017

Drivers will soon have to pay to use German highways. Germany's regional governments have given up their objections to the much-contested bill. Neighboring countries have threatened to take legal action. 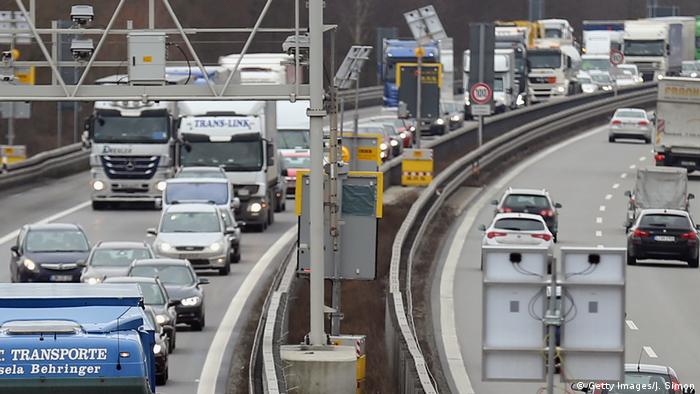 The Bundesrat finally passed Germany's highway toll on Friday. The upper house of the German parliament, made up of the 16 state governments, voted through the bill despite significant resistance from states on Germany's borders. The toll will therefore enter German law when it is signed by President Frank-Walter Steinmeier.

Despite previously voicing concerns, the states voted not to raise objections and establish a mediation committee with the lower house, the Bundestag, which could have delayed the bill until after September's election.

The vote ended a tortuous four-year legislative process, which saw the toll - called an "infrastructure fee" - shot down by the European Commission in 2015, on the grounds that it would represent a disadvantage for foreign drivers, and so contravene European law. 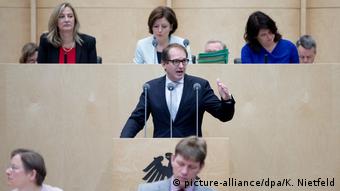 It was left to Dobrindt to negotiate alterations to the bill with the European Commission - one of the outcomes of which was that foreign motorists could pay different short-term tolls. Meanwhile, German drivers of cars carrying the latest "Euro 6" emissions standard are set to pay less motor vehicle tax to compensate for the toll.

Despite the Bundesrat vote, individual state governments continued to voice their discontent on Friday. "In the border regions, the customers from neighboring countries are vital," said Volker Wissing, transport minister in Rhineland-Palatinate, a state that borders Belgium, Luxembourg, and France.

Wissing's state had voted in favor of the mediation committee, which would have tried to secure stretches of toll-free autobahns near Germany's borders.

There was similar apprehension from the southern state of Baden-Württemberg, whose Transport Minister Winfried Hermann told the Bundesrat that the toll would create "great political damage" and was "not a good sign for Europe."

The counterpoint came, naturally, from Bavaria and the CSU, whose leader Horst Seehofer insisted that the measure brought "justice" for Europe's roads. "We Germans pay in almost all European countries when we use the roads there," he said.

The bill also met resistance from Germany's neighbors: Austria, the Netherlands, and Belgium have all threatened to take legal action before, with Austria in particular displaying noisy opposition. "I consider this toll discriminatory and not reconcilable with EU law," Austrian Transport Minister Jörg Leichtfried said. "We know now that Germany has agreed a foreigner toll."

The Austrian government is planning to take Germany to the European Court of Justice over the issue - even though Austria, like many small European countries, also charges a toll for use of its highways. The Netherlands, meanwhile, was more reserved: Infrastructure Minister Melanie Schultz said on Friday that the Dutch government would wait for a ruling from the European Commission.

And yet Austria may have a case: a legal assessment commissioned by the German parliament (at the behest of the Green party) concluded in February that the toll did indeed violate European discrimination law - despite the alterations.

When the CSU originally put the toll in its 2013 election manifesto, it was expressly pitched as a "toll for foreign travellers on German highways" - a violation of EU's anti-discrimination law. Perhaps alert to this, Merkel told a TV debate in the run-up to that election that "there would be no toll" as long as she was in office. 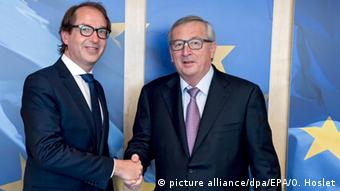 It subsequently passed into German law in 2015 - over the objections of many states - only for the European Commission to block it and usher in over a year of negotiations.

The upshot is that, if all goes to plan, as of 2019 German car-drivers will pay a toll on all federal roads and highways, while foreign motorists will only pay to use the 13,000-kilometer (8,000-mile) highway network - a concession made to the EU.

The exact prices, depending on the size and environmental standards of the car, will range between 67 euros and 130 euros ($72 - $140) per year - with drivers of gasoline cars paying less than diesel, as will drivers of cars classified as "Euro 6."

Foreign drivers will also have the option of paying short-term tolls - either for 10 days or two months - costing between 2.50 euros and 50 euros. The toll will be charged via an electronic system, and enforced with random checks on registration plates.

Exemptions were also built in to accommodate some of the myriad objections: German motorists will see their car taxes reduced, while motorcycles, electric cars, cars used by the disabled and ambulances will all be exempt.

There has also been some argument over exactly how much the toll could bring Germany's coffers. While Dobrindt has stuck by the 500 million euros ($537 million) a year his department once calculated - many others, including the General German Automobile Club (ADAC), have estimated around half that - arguing that the costs of introducing the toll and the potential impact on tourism and industry had to be factored in.

Conservatives want to involve the private sector in running Germany's beloved highway system. That's angered the opposition, their coalition partners and even some of their own party members. (13.11.2016)

The German parliament has finally passed a much-contested toll on highways - a key demand of the government's conservative wing. But opposition from border states and neighboring countries could still block it. (24.03.2017)

Despite a green light from Brussels, Germany's road toll plan continues to be criticized as discriminatory to foreign drivers. Now Dutch, Austrian, Belgian and Danish opposition may prove problematic to Germany's plans. (02.12.2016)