Netherlands to take Germany to court over road tax | Business | Economy and finance news from a German perspective | DW | 13.12.2017

Netherlands to take Germany to court over road tax

The German road toll bill has courted controversy for years now. The Austrian government announced in October that they would take a legal case with the ECJ over it and now the Dutch government has joined them. 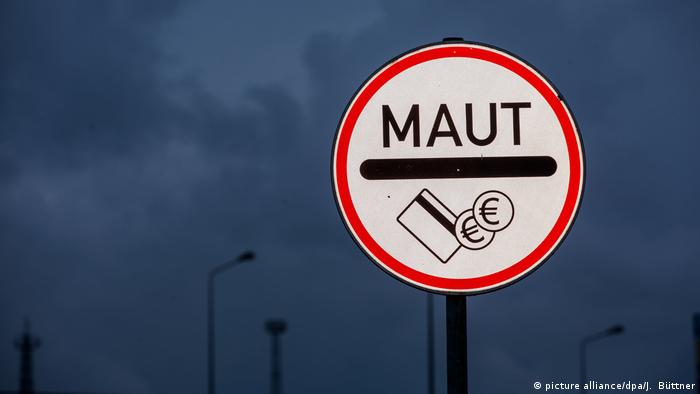 The Netherlands will join Austria in taking the German government to the European Court of Justice (ECJ) over its controversial road toll bill, the Dutch transport ministry announced on Wednesday.

The news comes as little surprise. The Dutch have long since signaled their opposition to the German highway toll plans — which they believe discriminates against foreigners — and when Austria announced their court action in October, it was expected that the Dutch, who share a 575 kilometer (357 mile) border with Germany, would swiftly follow.

"The cabinet finds, just like Austria, that the German motorway toll plan is discriminatory and violates the principles of free traffic flow," the ministry said in a statement.

Read more: Opinion: Don't get too upset about tolls on the German autobahn

The news casts further doubt on the prospects of the bill ever coming into effect, with controversy having surrounded it since it was first proposed in 2013 by the Christian Social Union (CSU), the Bavarian sister party of Angela Merkel's Christian Democratic Union (CDU).

Having been passed by the German parliament earlier this year, following heavy alterations from the original, the law was expected to come into effect in 2019. However, the Austro-Dutch action is likely to come before Europe's highest court in late 2018 or early 2019 and could yet torpedo the entire process.

There have been legal wrangles over the bill for five years now. The CSU originally branded the bill as "a toll for foreign travelers on German highways" but strong objections from several of Germany's border neighbors, such as Austria, Belgium and the Netherlands, led to heavy revisions.

The European Commission rejected the bill as discriminatory in 2015 and then a raft of changes in 2016 preceded its eventual passage through the German parliament.

At the heart of the controversy over the bill is the fact that drivers resident in other countries who drive on German roads would ultimately have to pay more than German citizens for using the roads. While tolls would apply to all road users, German drivers would be able to recover much of the costs through tax deductions and other reductions.

"I consider this toll discriminatory and not reconcilable with EU law," said Austrian transport minister Jörg Leichtfried earlier this year. Now the ECJ will be the ultimate arbiter on that question.