German Justice Minister Maas suggests Snowden surrender to the US

Former CIA employee Edward Snowden has been living in Russia for nearly one year. German justice minister Heiko Maas has suggested he go back to the USA. 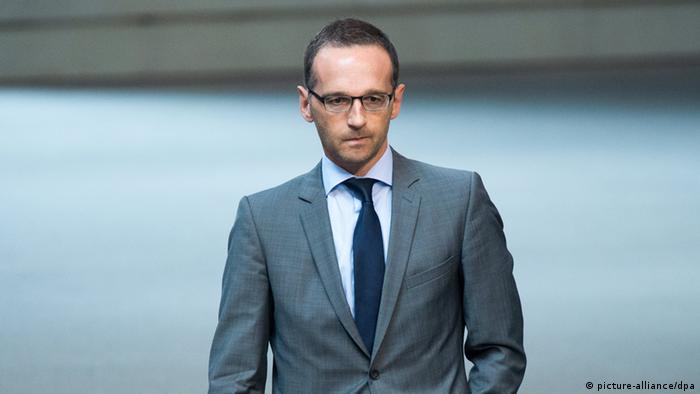 In an exclusive interview to the news agency DPA, Justice Minister Heiko Maas said that Snowden’s best bet at life after the National Security Agency (NSA) revelations was to go back to the US and face trial: "He is only in his early thirties and would definitely not want to spend the rest of his life being chased around the world or applying for one asylum after another."

Maas said that Snowden's lawyers were talking to American offices and looking into the possibility of Snowden getting back to the US. "If both sides agree, it would serve Snowden's purpose," he said.

Meanwhile, Reporters without Borders has condemned Maas' statements, saying that the German justice minister ought to have offered Snowden asylum instead of telling him to go back to the US.

"It is a scandal that Snowden should have to live in a country like Russia, which tramples press freedom under its feet and spies on its own citizens' telephone and internet connections," spokesman Michael Rediske said.

Last year, Snowden's high-profile disclosure about the existence of global surveillance programs caused a storm around the world. He accused the NSA of several unconstitutional spying programs which were run in cooperation with European governments and global telecommunication companies.

The US issued an arrest warrant following the revelations, forcing Snowden to seek asylum in Russia. Snowden's term ends on July 31 and it is not yet clear whether the Russian government will permit him to stay longer.

Snowden previously expressed his interest in coming to Germany, but the US has sent a formal "arrest request" to the German government, which has complicated matters. It is unclear whether the German authorities would arrest him or deport him to the US once he landed in Berlin.

"We have asked the US government some questions regarding this, but we haven’t got any answers," said Maas. "We are being cautious and want to know exactly how Snowden would be treated if he appears for a trial in the USA."

The German minister was very open about his admiration for the former US secret services employee, saying Snowden was to be credited "for opening our eyes." Snowden's disclosures also revealed that the NSA was tapping telephones of several world leaders, including the mobile phone of German Chancellor Angela Merkel.