Waiting for answers that may never come | Germany | News and in-depth reporting from Berlin and beyond | DW | 10.07.2014

On a trip to Washington, members of the foreign affairs committee of the German Bundestag hoped for answers about the NSA espionage affair. They received so few that they're reassessing their strategy. 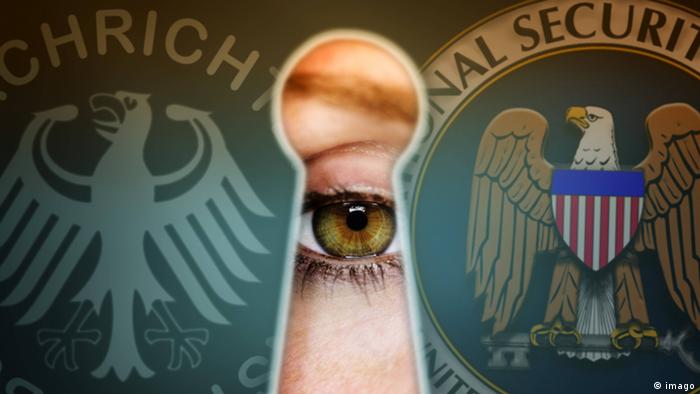 Norbert Röttgen's trip to the US capital was originally for the purpose of discussing German-American cooperation in various crisis regions around the world, including joint responses to Russia and Ukraine, to Islamist terror group ISIS in Iraq. Other topics were to include Iran's nuclear program, Syria and the Middle East.

However, the talks were overshadowed by the new spy scandal brewing in Germany. A week ago, the story broke that an employee of Germany's federal intelligence agency , BND, had sold sensitive information to the US Central Intelligence Agency (CIA).

While outrage boiled to the surface in Germany about these revelations and US behavior, reactions in the United States were restrained. There were almost no responses from authorities in Washington - not even on Wednesday, when a second case became public. In that one, a soldier in the German Defense Ministry allegedly passed information to US sources. 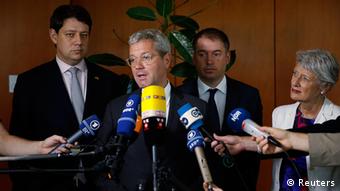 These are serious accusations that threaten the recently-resuscitated German-American relations following the suspected tapping of Chancellor Merkel's mobile phone.

Röttgen and his four colleagues wanted answers. They asked congressmen and senators what purpose US intelligence services were pursuing with these eavesdropping measures.

They received no tangible answers.

"We still have not been able to detect what information was actually gleaned from this spying," Röttgen said afterward at the German embassy in Washington, "but we have detected considerable damage among the general public, especially as far as what many Germans think about the Americans."

The German parliamentarians were surprised to discover how unaware their American counterparts were of the harm caused by the spy scandal. "The damage that's been done is neither mentioned in the American media nor is it known among the political leaders," said a visibly amazed Röttgen.

The Christian Democrat (CDU) and former Merkel cabinet minister stressed that it was now the most important task of his delegation to give the Americans "a realistic awareness of the dimensions" of this scandal in Germany and how it is putting US-German friendship at risk.

"Our talks were very frank," said Marieluise Beck from Germany's opposition Green party, "but I'm still going home with the feeling that we still have a long way to go."

The Americans were far from implementing tangible steps to reconcile the situation, she said - a view also shared by CDU politician Philipp Missfelder.

"We have been discussing the Snowden case for about a year now and yet there apparently has been no fundamental change in how the US deals with its allies."

Edward Snowden's revelations in 2013 concerning the aggressive eavesdropping measures of the US National Security Agency (NSA) triggered a political crisis between Berlin and Washington. Since then, the German government has been seeking a no-spy agreement with the US, but insiders believe there is little chance such an accord will ever materialize. 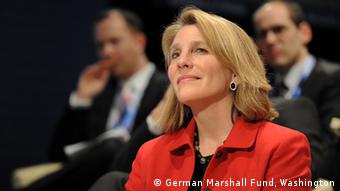 The US is not going to stop spying, says Karen Donfried

"For Washington, a no-spy deal represents a covenant the US is not going to enter," Karen Donfried, from the German Marshall Fund, told DW. Instead, the former adviser to US President Barack Obama has been promoting for more open discussions. "We need to talk more about where the limits are between national security on the one hand and the protection of privacy on the other," she said.

Jackson Janes, from the American Institute for Contemporary German Studies (AICGS), also sees the best chances when both countries conduct honest and open discussions. "The US has done a miserable job explaining what they intend to do with their surveillance policies," he said. "The view in the US is that the world is a dangerous place and that as much information as possible needs to be gathered to defend ourselves."

On the other hand, said Janes, Germany needs to change its view of surveillance methods. "I have the feeling that Germany would rather pretend that the issue of intelligence services doesn't even exist, although every country is interested in gathering information - not just the US, or China, but also Germany."

Janes also stressed that Germany needed to give up its romantic idea that friends don't spy on each other. This view did not reflect the realities, he noted.

Norber Röttgen in Washington expressed similar sentiments. "We have to look at the situation more soberly and realize that many of our expectations about trust are not realistic in the area of intelligence services." Instead, he has called for more investment to expand protection measures.

But Röttgen does not support counter-intelligence measures.

"We should act in such a way as not to make the situation worse - after all, we want to concentrate on our mutual foreign policy goals."

Just as with last year's Merkel cellphone affair, German politicians have expressed outrage and pledged action at the arrest of an alleged CIA collaborator in their intel agency. But they are unlikely to follow through. (07.07.2014)