In Russia, a bill that would require personal data collected by Internet companies to remain on servers in the country has passed the lower house of parliament. Critics say it isn't about data protection at all. 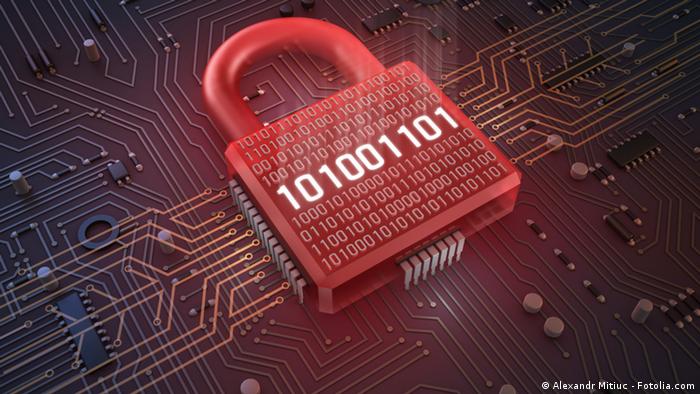 Ever since giving former NSA contractor Edward Snowden asylum in Russia last year, the Kremlin has showcased Snowden's revelations of excessive US government surveillance at every turn.

Take, for example, the time when the American was given a prime-time - and very scripted - opportunity to ask Russian President Vladimir Putin a question during Putin's annual national call-in show this past April.

"So I'd like to ask you," Snowden queried the Russian leader through a scratchy Skype line, "does Russia intercept, store or analyze in any way the communications of millions of Internet users?"

Mr. Putin, of course, used the opportunity to assure that Russia used surveillance only with strict permission of the courts. Unlike someone.

But Russian Internet activists argue that position is disingenuous. Online surveillance practices have persisted in Russia for years - and are getting more restrictive by the day.

SORM, a Russian surveillance network akin to the U.S. PRISM program revealed by Snowden, has long forced local Internet providers to install surveillance equipment to monitor all communications on behalf of the FSB, the successor agency to the KGB. Only SORM had one flaw: it couldn't penetrate foreign data networks.

Under yet another of several new laws passed by Russia's Duma this month, Western tech companies hoping to do business in Russia must host their servers on Russian soil starting in 2016 - or go dark. 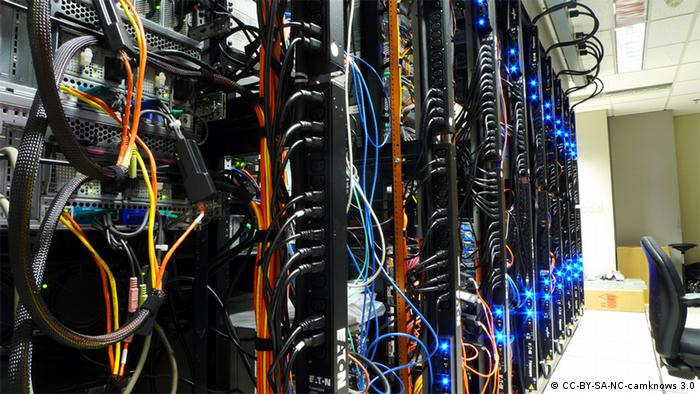 Beyond better access to Russians' metadata, the bill allows Moscow to exert more direct pressure on Internet firms there

Authorities insist the move is necessary to protect Russians' privacy data from the American government. But observers say the law's real purpose is give Russia's security services "back door" access to sensitive user profile data held by tech giants such as Google, Twitter, and Facebook.

Paradoxically, the country that that took in Snowden to highlight U.S. surveillance abuses is now using those revelations to justify their own program.

"After Snowden's revelations... our authorities said, 'Ok, we don't want the Americans to monitor our people, we want to monitor them,'" says Sarkis Darbinyan, a lawyer and Internet activist with the Russian Association of Internet Users.

Whether tech companies will comply is unclear. Representatives from leading tech firms insist no deals have been struck.

"Two years ago, I never thought that say Twitter would block something on the request of Russian authorities. Or the same might happen with Facebook. Or Google. Now we have plenty of examples," says Andrei Soldatov, an investigative journalist with Agenta.ru, a news service specializing in coverage of Russia's security services.

Soldatov cites the blockage of tweets by radical activists in post-revolutionary Ukraine as a recent example of government-private sector cooperation. 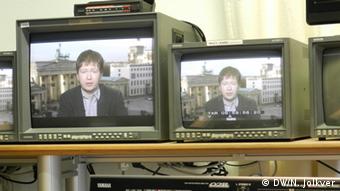 "And we see how the media landscape and how people talk online is already changing. In my circle, my friends...[they're] more cautious about expressing their views," he told DW.

And with good reason: In recent months, websites of several leading opposition figures - such as the anti-corruption blogger Alexey Navalny and the chessmaster-turned-Putin critic Gary Kasparov - have been blocked outright. Navalny is currently under house arrest and banned from using the Internet. Kasparov fled abroad earlier this year.

So, too, have several online news organizations suffered charges of "extremism." Staff reporters counter that the moves are punishment for nuanced coverage of the events in Kyiv this past winter.

Other Internet-related laws have since been introduced to compliment the so-called "server law."

Another, for example, requires bloggers with readerships of over 3,000 to register as media outlets - thereby exposing them to libel suits for content and reader comments. Imagine, for example, trying to cleanse a comments section from profanity - yet another newly criminalized act passed this summer by the Duma.

Even everyday users now face potential penalties: simply retweet a message on Twitter that authorities deem 'extremist,' and the potential punishment is five years in prison.

Still, Russian pro-democracy activists argue the laws are there to be enforced selectively.

Fearful of the web

Leonid Volkov, a Russian political blogger, says they exist to target select individuals out of favor with the authorities. "Of course, they won't bother monitoring everyone," Volkov says. "But if they attack, say, an opposition member, then enforcing these laws becomes very useful." 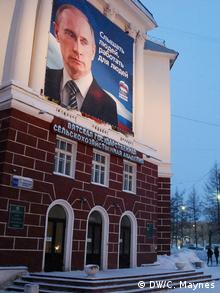 Others say the situation is dire because of one additional fact: With traditional media largely under state control, the Internet has come to serve many Russians as a last source for independent news and unfettered debate.

It's a debate the government now seems determined to moderate.

Sarkis Darbinyan, the lawyer and Internet activist, says the authorities came to understand that the Internet wielded enormous power. "Particularly after the Arab Spring, after the events in Ukraine. And I think it scares certain people in the Kremlin that this could happen in Russia," he told DW.

It was just a little more than two years ago that Russia's opposition used the Internet to help organize mass street protests against the return of President Vladimir Putin's to power.

That protest movement ultimately fizzled, and President Putin's popularity is at record highs among Russians for his annexation of Crimea. Still, authorites have remained highly skeptical of the influence of the web - and social media in particular. Mr. Putin recently referred to the Internet as a "CIA Project."

The new laws now give the Kremlin a range of new powerful tools to monitor perceived enemies at home.

Which is to say that - in this summer season - Russia's Internet users may find their best bet is to unplug and talk to their friends. Their real friends, for a change.