German cuisine: Does it exist and can you enjoy it?

Many countries around the world are famous for their versatile cuisines, but Germany isn't exactly one of them. What defines traditional "German" food? 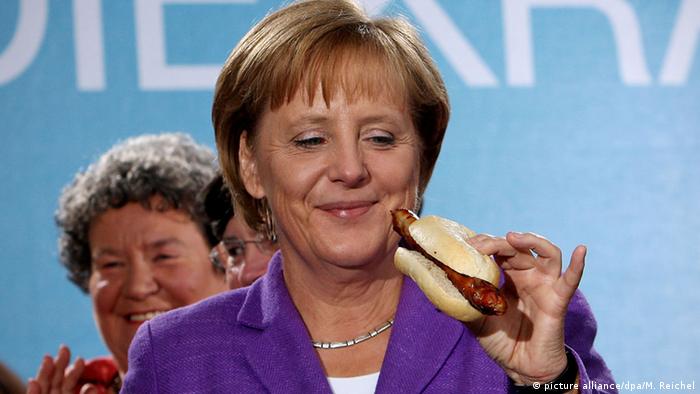 Exploring German cuisine, beyond the Wurst

From Mexico to France and Vietnam, many countries around the world have made a name for their unique cuisines, becoming globally renowned for their exquisite Michelin star restaurants or pop-up street food stands.

Running into restaurants serving traditional German dishes, however, might prove to be quite a challenge — even if you're in Germany — as I have learned during six years living in the country.

So, is there really such thing as German cuisine? And how good is it?

1. It's more than just sausages

Francophiles and Japanophiles alike are probably reading these lines in horror, sneering in contempt before leaving the article. But there really is more to German food than just potatoes and Bratwurst.

Chef Joachim Wissler, who runs one of Germany's 10 restaurants with three Michelin stars, has an explanation for why Germany isn't particularly renowned for its culinary excellence. 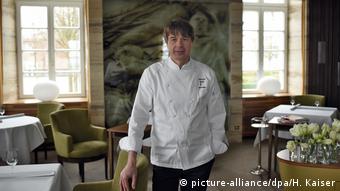 "The German high-level cuisine is completely underestimated in terms of quality and craftsmanship. It is even misunderstood at the international level," Wissler said in an interview for hotel and gastronomy newspaper ahgz.

"We shouldn't be noticed only when it comes to discipline and accuracy," he stressed, adding that the "DNA of German culinary art" is not internationally famous in part because "enjoyment is not considered a German virtue."

Indeed, Germany currently has the fourth-highest number of Michelin-starred restaurants in the world, following France, Japan and Italy — all known for their exceptional culinary cultures.

There must be something German chefs are doing right, with a total of 308 such restaurants spread across the country — from the northern city of Hamburg to the southern state of Bavaria.

If we want to give German gastronomy a real chance, we need to drop the idea the Germans have never heard of spices (OK, some of them really haven't), that all food in the country is in the same color, or that every ingredient can become a sausage as long as there's enough mustard available.

However, many famous German dishes are admittedly just ... pale. From potato salad (dividing the nation over the right way to season it) to Sauerkraut, there's no denial that the color palette of German dishes is not nearly as eclectic as that of the Indian Thali or the Hawaiian Poke. 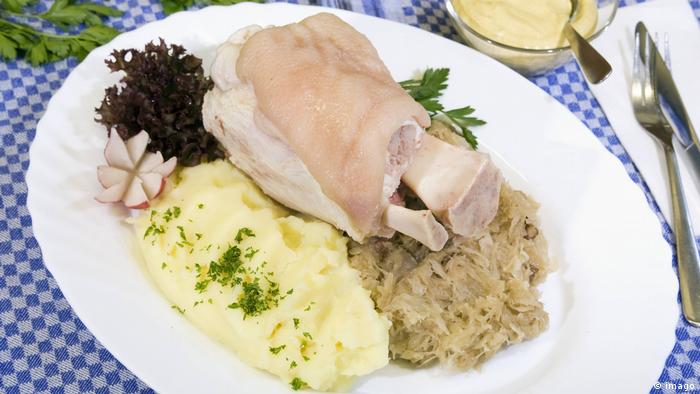 Knuckle of pork with sauerkraut and mashed potatoes. German food can certainly be a bit... pale

But very much to my surprise, monochrome food doesn't necessarily mean monochrome taste.

White asparagus is practically a national obsession. And the southern German dish of Käsespätzle — a type of noodles with grated cheese — as well as the traditional Knödel round dumplings made of bread crumbs or potatoes are so popular they even got their own restaurant in Berlin.

As a devout vegetarian, a lot of dishes are off the menu for me. But much like with other countries, languages or cultures, one needs to be open-minded and ready to experience new things — even if they may look peculiar at first.

I, for one, thought that nothing good can possibly come out of an insipid vegetable like cabbage. I was proven wrong with my first bite of Kohlroulade — fermented cabbage leaves wrapped around a variety of fillings. 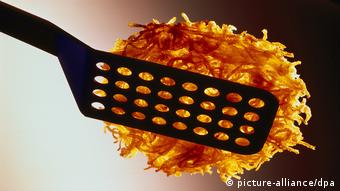 And same goes for potatoes: If I once thought they could come either oven-baked alongside other vegetables, mashed with butter alongside a main course, or as fries, yet again as a side dish decorating something else — boy, was I wrong.

During my time in Germany I was introduced to various potato dishes previously unknown to me, like Reibekuchen (or Kartoffelpuffer) — potato fritters often sold at street fairs and Christmas markets.

Saxonian Quarkkäulche — small pancakes made of potatoes and cheese, sprinkled with cinnamon or raisins and served with sugar and fruits — were also a new and delicious discovery.

Who knew potatoes could be a desert?

Despite being reunified for 30 years now, Germany still sometimes feels more like a sporadic collection of regions rather than one, homogeneous country, and this dissonance doesn't skip its gastronomy.

"I wouldn't say [Germans] have a cuisine," says Hugo from Portugal, who had been living in Italy for one year before moving to Berlin with his partner four years ago. "They certainly have some traditional recipes, like all cultures do," he answers in a Twitter poll.

"For me there's no German cuisine but a Bavarian one that I miss a lot, and small regions with their own distinctive cuisine," says Twitter user Thomas Schönberger from Bavaria in the same poll.

And indeed, many dishes considered to be German originate from past or present regions, like the famous Wurstsalat from Franconia, the Grüne Sosse (Green Sauce) from Hesse or the Bavarian Leberkäse.

Which means that, in order to really get to know German food, you'll have to visit a bit more of it than just the neighborhood of Kreuzberg in Berlin or the Oktoberfest in Munich.

If you're willing to explore Germany's lesser-known regions with an open mind and an empty stomach, I can promise you will not remain hungry.

'Meat' the Germans: From raw pork hedgehogs to dead grandmas

70 years of currywurst: The evolution of snack bar culture in Germany