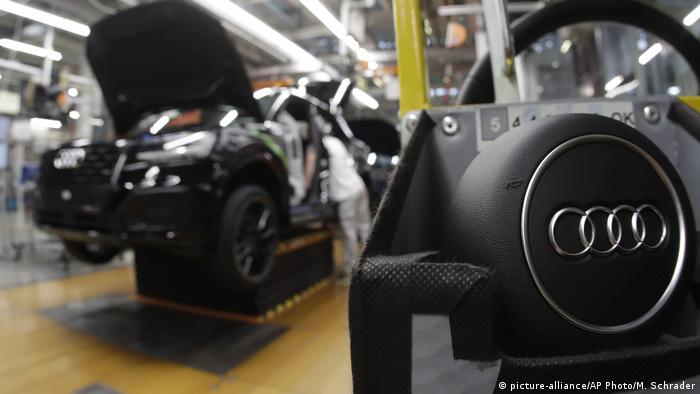 German carmaker Audi, a subsidiary of Volkswagen (VW), announced Tuesday that it would slash 9,500 jobs by 2025 in an effort to save some €6 billion ($6.6 billion). The cuts will hit the company's Ingolstadt and Neckarsulm workforces in Germany.

Audi has said the cuts will not occur as firings, but rather along demographic lines, such as regular workforce turnover. It will also offer lucrative early retirement packages as an incentive for older workers to take early leave. The carmaker says it will soften the blow to workers by creating some 2,000 new jobs in the electromobility and digitalization sectors.

The move is part of a larger restructuring, known as the "future pact," negotiated between management and the company's works council. The company will also extend work guarantees to current employees from 2025 to 2029.

Calls for greater profitability under the cloud of Dieselgate

Audi CEO Bram Schot announced the move, saying: "In times of upheaval, we are making Audi more agile and more efficient. This will increase productivity and sustainably strengthen the competitiveness of our German plants."

Schot will leave his post in April 2020, when Markus Duesmann will take his place. Duesmann will be tasked with making the company more profitable, increasing cooperation with VW and Porsche, and bringing 30 new electric vehicles to market.

Audi, which is still reeling from losses it took in the wake of the 2015 emissions scandal known as Dieselgate, has struggled to keep pace with competitors such as Daimler and BMW. The company, which specializes in high-end sports cars, sedans and SUVs, has also suffered more than its German competitors since the introduction of new European emissions standards known as WLTP last year.

Audi employs some 90,000 workers worldwide; 60,000 of those workers are employed in Germany.