Volkswagen is serious about electromobility. In the city of Zwickau, near Germany's Czech border, the carmaker is pressing ahead with the production of its ID.3 electric car. Henrik Böhme was there to see it. 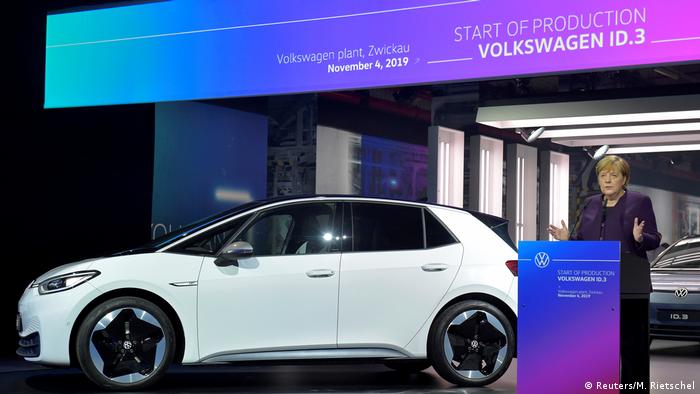 The city of Zwickau in the German state of Saxony has a long carmaking tradition. Cars have been built here for 115 years.

Way back in 1909, August Horch launched the first Audi cars from the city. Then, following World War II, the Trabant — the iconic car of the former East Germany— was built at the Sachsenring factory in the city.

Eventually, the Trabant plant in Zwickau gave way to a Volkswagen plant in the united Germany. Since that development in 1991, more than six million VW cars of all kinds have rolled out of the production halls.

Now a new era has begun. Two years ago, VW decided to transform the Zwickau site into an electric-only production facility. "That was a shock at first," says a VW employee, "but now we are really enthusiastic about it." 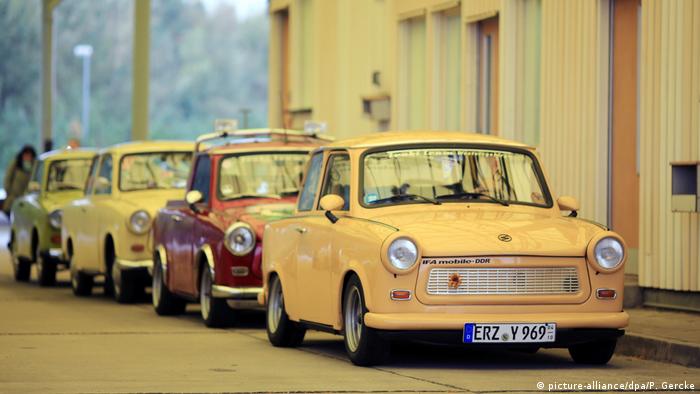 Zwickau has a long carmaking tradition, including the iconic Trabant (pictured)

Now, on an otherwise nondiscript Monday in November, the big day has arrived. At the factory gates in Zwickau, celebrities abound. Chancellor Merkel is the guest of honor, while VW chief Herbert Diess and the Saxon Prime Minister have also come. They are surrounded on all sides by the workers, who watch keenly as the first ID.3 models roll out.

"We are facing a system change towards electricmobility," says Diess. "It's no longer a question of whether the electric car prevails, but rather how fast and in which region of the world will it prevail first."

But VW were no pioneers of e-mobility. Rather, they were forced into the big switch as a result of the Dieselgate scandal. The display in Zwickau is a show of their current strength. The company has pumped €1.2 billion ($1.34 billion) into the plant to convert it fully to an e-plant in the space of two years. From 2021, it is hoped that more than 300,000 electric cars of various VW brands will come from here each year.

Converting a car factory on this scale whilst still building vehicles is a huge challenge but logistically it is feasible. The bigger question with such a technological leap is how to seamlessly bring employees into that new future. 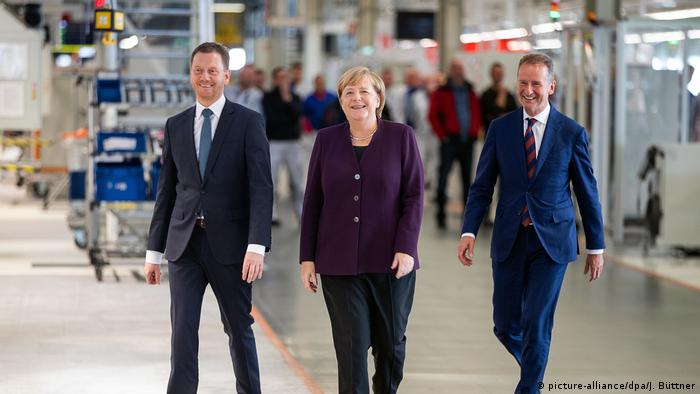 Around 8,000 people work in the Zwickau factory and there is a big difference between making a Golf and an ID.3. For starters, around 25% less work is required. There is more automation on the new production line, with around 1,700 robots in operation.

For example, in the body shop of the VW Golf, there are around 25 dedicated staff at the plant. For the new e-car, it's just nine. Very often, robots are doing the work once done by human hands.

To get workers upskilled, a compulsory education program combining technical skills with motivation for the workforce is taking place in Zwickau. Not everything is covered in the training, but nonetheless, the switch in Zwickau can serve as a blueprint for the other sites in Emden, Hanover, China and the US that VW wants to transform.

"The Saxons can do it," said Merkel, in a reference to her East German past. But even she knows it will take more than warm sentiments to encourage consumers to buy electric cars. Charging stations are needed first.

The promise of 1 million such charging points in the country by 2030 will be one of the talking points in a meeting Merkel has in Berlin with carmakers and suppliers on Monday evening.

But who can take such promises seriously, given that it was the same Chancellor who once said there should be 1 million electric cars on German roads by 2020? This year, just 48,000 e-cars will be registered and that's a jump of 11,000 from last year.

Back in Zwickau, there was obvious pride among the employees as they stood beside the new cars after the official ceremony was over. 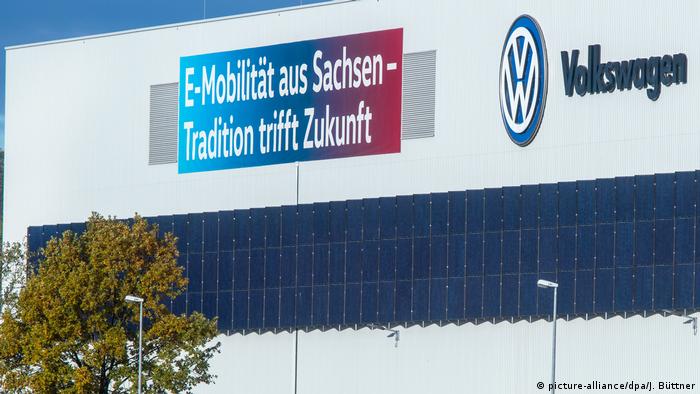 "E-mobility from Sachsen, tradition meets the future" is a slogan widely seen at the plant in Zwickau

The slogan "E-mobility from Saxony, tradition meets the future" can be seen all around the factory floor and at the entrance. This is not a slick bit of PR from the VW marketing team but rather an idea which came from the workers themselves. It may well be that the long tradition of carmaking in Zwickau has added another successful chapter.

There can still be space for setbacks as well. Even Horch had his difficulties. He was kicked out of the first company he founded in Zwickau by the shareholders. Audi, his second attempt, was rather more successful. It has been part of the Volkswagen stable now for 50 years.