German carmaker Volkswagen has announced it will boost investments in the development of electric cars in the next five years. The company has set out to become a global leader in e-mobility and new-energy vehicles. 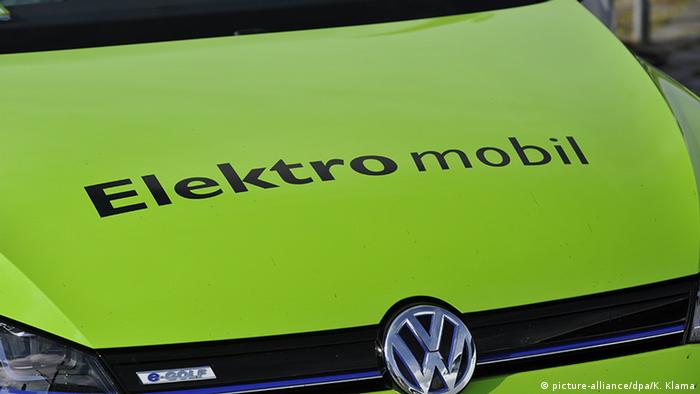 Following a meeting of its supervisory board, Volkswagen said Friday it planned to invest more than €34 billion ($40 billion) over the next five years in new technologies to advance its push to become a global leader in electric cars.

"We are reinventing the car," Chief Executive Officer Matthias Müller said in a statement, adding that the bulk of the 2018-2022 spending spree would go into developing all-electric and hybrid vehicles.

A lot of resources would also be spent on self-driving cars, new mobility services such as car-sharing and digitalization, the company added.

Zwickau gets a boost

The owner of 12 brands including Audi, Porsche and Skoda said it planned to electrify its entire fleet by 2030, promising fully electric or hybrid versions of some 300 models.

Müller said VW's facility at Zwickau in eastern Germany would only produce electric cars in the future.

VW's supervisory board signed off on an overall five-year spending plan totaling more than €70 billion. That is slightly lower than the 2015-2019 plan foreseeing a total of €86 billion.

VW had previously warned that it would need to tighten the purse strings as it kept grappling with the fallout from its "Dieselgate" pollution scandal, which has so far cost the carmaker over €25 billion in fines, recall and compensation costs.

A group of mainly German carmakers has launched a joint venture to build a network of fast charging stations for electric vehicles to support a drive to boost sales of environment-friendly cars across Europe. (03.11.2017)