Volkswagen announces up to 7,000 job cuts

Despite high profits in 2018, Volkswagen has announced heavy job cuts. The company has said it would reinvest the money into developing electric vehicles. 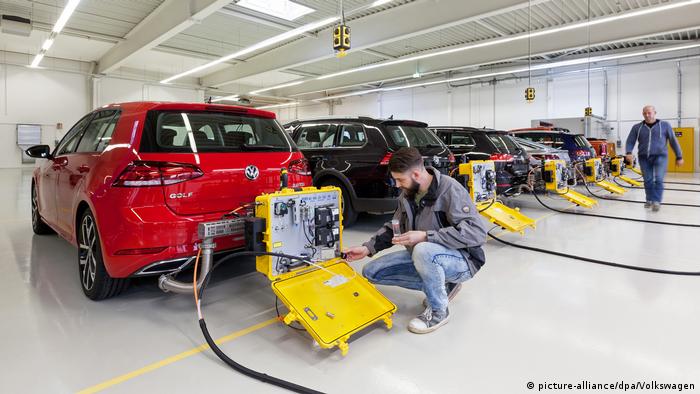 Volkswagen, Europe's largest automaker, has been under fire since the dieselgate emissions cheating scandal broke in 2015. The company is expected to invest €19 billion over the next five years in developing cleaner electric vehicles and electromobility technology.

Most of the job cuts are expected to be carried out through retirement offers. It is estimated that 11,000 Volkswagen employees will be eligible for retirement in 2019. At the same time, the company plans to add 2,000 jobs in research and development.

Ralf Brandstätter, Volkswagen's chief operating officer, said that the company needed to "do more to meet the challenges" the company is facing in the upcoming years, adding that the changes would make Volkswagen "fit for the electric and digital era."

In December 2018, Brandstätter said Volkswagen would "force the pace of transformation and become more efficient and agile."

According to a press release, the company has already implemented a "digital roadmap" that automates administration and IT systems.