The Federal Court of Justice has classed manipulative software in diesel cars as a "defect." The decision is a major boost for consumers seeking damages over the VW Dieselgate scandal. 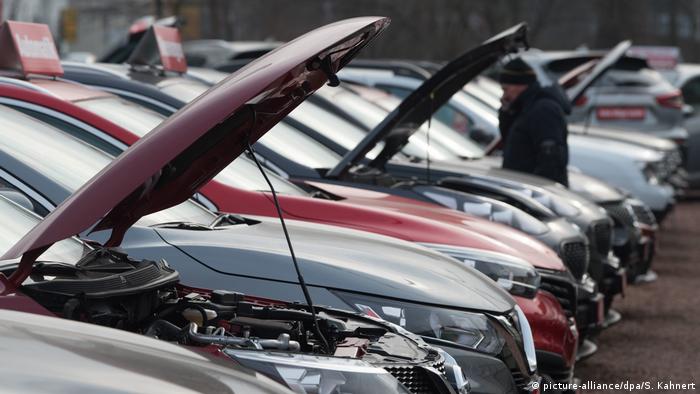 Germany's top court on Friday issued an opinion that could help consumers who want to sue auto giant Volkswagen over the wide-ranging scandal known as Dieselgate.

The Federal Court of Justice (BGH) in Karlsruhe said that the emissions-cheating software purposely loaded onto hundreds of thousands of diesel cars, produced by several companies, could be considered a "defect."

"In the case of a vehicle delivered to the buyer with an illegal defeat device... the presence of a material defect can be assumed," the BGH said in a statement.

The decision was about more than semantics, however, as the wording will provide a boon to diesel customers who are trying to launch a class-action lawsuit against VW. This kind of suit is a rarity in Germany.

It also means that VW cannot argue that it should not have to buy back the cars, as the firm had claimed they remained "functional."

According to Volkswagen, about 50,000 lawsuits are pending against the carmaker or affiliated businesses, with about 14,000 already settled, many of them in favor of the company.

Dieselgate erupted in 2015, when US researchers discovered that many Volkswagen vehicles had software installed to make it look like the cars were passing emissions regulations when they were not. A number of car makers soon became targeted with similar accusations, including Volvo, Jeep, Renault, and Fiat.

Consumers were irate, as vehicles they thought had been frugal purchases soon became illegal to use in many parts of Germany.

VW has had to pay about 28 billion euros ($31.75 billion) for compensation, fines, buybacks, and refits.

The scandal is believed to have affected about 11 million cars worldwide and caused significant damage to VW's reputation.

After Dieselgate: MAD in Germany!

Chief Executive Oliver Blume has said the sports carmaker will focus on petrol/gasoline, hybrid and all-electric vehicles. Porsche and its parent Volkswagen have seen their image take a beating in the wake of Dieselgate. (23.09.2018)