In what is viewed as a major win for German consumers in the wake of the diesel emissions scandal rocking the nation’s mighty auto industry, the German parliament has passed legislation enabling class-action lawsuits. 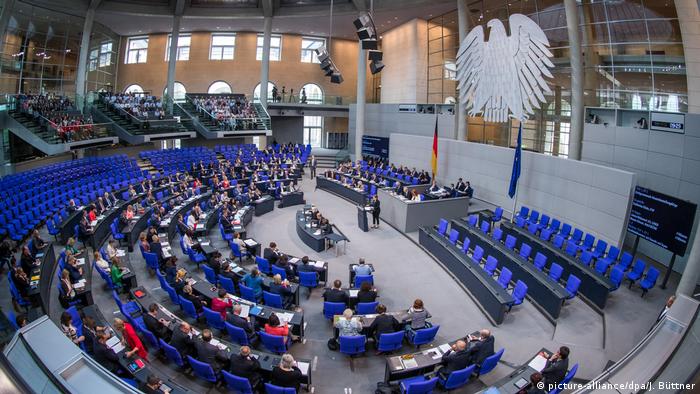 The German parliament (Bundestag) on Thursday voted in favor of allowing class-action lawsuits to be brought against big corporations.

The legislation is regarded as a major victory for German consumers, particularly at a time when the country is struggling with the real and suspected emissions manipulation scandals at a number of its world-renowned automakers.

This would make it easier for people to join a legal case, while avoiding high legal costs that might discourage them from initiating such action.

Class-action lawsuits are a common practice in the United States, but in Europe they are relatively rare. At present, only five of the European Union's 28 member states — Belgium, Italy, Portugal, Spain and Sweden — have well-functioning systems of collective redress, according to the European Consumer Organization, BEUC. In other countries, the systems are flawed, too new to assess, or entirely absent, BEUC says.

In a bid to overhaul the current patchy system and boost the rights of European consumers to sue companies, the European Commission in April came up with proposals that would allow consumer organizations and business groups across the EU to take collective action in the name of those affected by illegal commercial practices.

EU officials argue that such measures are necessary to boost confidence and ensure high standards and consumer rights in the bloc's internal market. But it could take years for the EU proposals to become law, as they must go through a long process of consultation with member states and be approved by the European parliament.

Meanwhile, in Germany, consumers have so far had no other option but to act alone whenever they had any complaints against corporate malpractices. This has usually resulted in hefty costs for any individual consumer suing a company.

Berlin's effort to push through the class-action lawsuit legislation comes against the backdrop of the Dieselgate scandal, which has tarnished the reputation of the nation's vaunted car industry, and raised pressure on the government to strengthen consumer protection.

The scandal, triggered by revelations in 2015 that Volkswagen (VW) had cheated on emissions tests, prompted many European car owners to demand compensation — often with little success.

Meanwhile, in one of the largest class-action settlements to date, VW in 2016 agreed to pay out some $10 billion in buybacks and compensation to 475,000 US car owners to settle the lawsuits. The payout angered VW owners in Europe whose cars were also rigged as they have so far only been offered software updates but no financial compensation.

The German legislation is now set to come into effect on November 1. This would provide a narrow timeframe for owners of cars fitted with emissions-cheating software to file complaints against VW, as they are allowed to claim damages only until the end of 2018.

"There are estimates that some two million diesel owners could benefit from this," Germany's Justice Minister Katarina Barley said after the German cabinet approved the draft law in May this year.

Still, the German version of a class-action suit comes with strict limitations. It only allows complaints to be filed by specially authorized consumer protection associations.

As a prerequisite for collective redress, the complaint must affect a minimum number of people. And if the case is deemed admissible, a judge would rule on whether damages should be awarded, without determining the amount.

It would then fall to each plaintiff individually to agree on a compensation figure with the defendant, a step critics say still makes the process too complicated.

Authorities in Berlin, however, say these limitations are required to avoid a US-style suing culture in Germany, involving lawyers and hedge funds aggressively pursing class-action consumer lawsuits against corporations.

Despite the differences between German and American class-action lawsuits, German industry bodies suspect the new legislation could be abused to hurt business interests.