German carmakers like Volkswagen and Daimler have so far only admitted to things that can no longer be hidden from the public eye anyway. DW's Henrik Böhme says this will have to end badly. 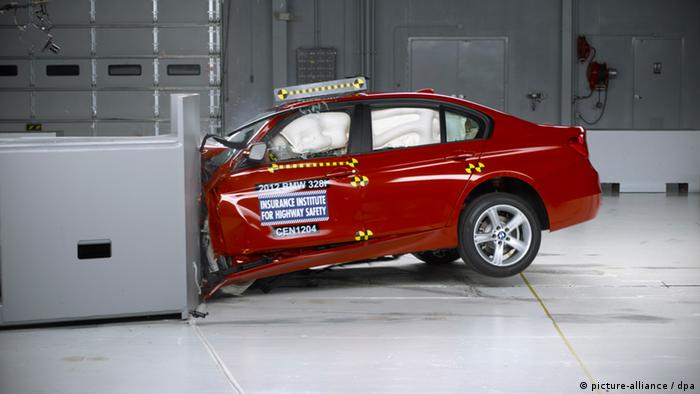 What a series of more black days for the German auto industry! On Monday, we saw Daimler CEO Dieter Zetsche being summoned into the German Transport Ministry for a second time over suspected emissions manipulation. Two days later, prosecutors in Braunschweig slapped a historic €1 billion ($1.2 billion) fine on Volkswagen, the world's largest carmaker by its own definition.

The Dieselgate scandal, which started about three years ago when Volkswagen was forced to admit to having installed defeat devices in 11 million cars worldwide, has become a sizeable crisis for the whole industry. It's an industry that still claims to be a model sector (but it isn't anymore) and does not tire of emphasizing its enormous contribution to Germany as an industrial location.

Daimler chief Dieter Zetsche had always made a point of stressing that his company had not been involved in any emissions-cheating schemes, saying that the firm had never installed any switch-off devices. But they did install them as we now know.

We once heard the same "we-are-not-part-of-the-scam" assertions from luxury carmaker BMW. But now the company tells us that the wrong software was used in some models "by mistake." That's a cool excuse, I must say. If the whole matter were not so serious, it would have me in stitches.

In the US, everything related to the Dieselgate pollution scandal happened very fast, including investigations, legal procedures, verdicts and the imposition of fines totaling €24 billion. In Germany, all of this is taking a lot more time. Prosecutors in Braunschweig, Munich and Stuttgart keep investigating diligently to find out the scope of fraudulent behavior and also whether Volkswagen manipulated markets by not telling them about the scandal early enough. In Braunschweig alone, they're homing in on 49 suspects, including former VW CEO Martin Winterkorn, who's also wanted by US prosecutors.

German carmakers have said they're "cooperating fully" with investigators, but not a bit of it! The strategy has rather been to conceal what makes sense to conceal and admit only to things that can no longer be hidden from the public anyway. Policymakers seem to be waking up, finally. A so-called "diesel summit" between carmakers and government representatives last August had still turned out to be a mere talking shop where participants didn't want to hurt each other.

Summoning the Daimler chief into the Transport Ministry twice clearly was a much stronger signal as was the prosecutors' move to impose a €1 billion fine on Volkswagen. Which is not to say that the whole thing is now over — it's only starting.

Make a clean breast of it!

After leaving the Transport Ministry in Berlin on Monday, Daimler chief Zetsche said defiantly the company would take legal action to challenge the findings of regulators. Volkswagen for its part said it would challenge the fine that was slapped on it. For the record: Volkswagen is supposed to pay the fine to the German state of Lower Saxony (where VW is headquartered and which is VW's majority stakeholder).

Dieselgate is far from being over. On September 3, a first class-action lawsuit is scheduled to begin in Braunschweig. When the big shots appear in the dock, old wounds are bound to open again, and it'll become obvious again to what extent they were involved in fraud. Assuming responsibility for what happened is not what they deem fit. While blaming others, the bosses keep claiming they were not in the picture.

But who's going to believe you? Get a move on and make a clean breast of it! Or else electric car pioneer Elon Musk, who you tend to sneer at, may emerge the big winner in the end.