Chief Executive Oliver Blume has said the sports carmaker will focus on petrol/gasoline, hybrid and all-electric vehicles. Porsche and its parent Volkswagen have seen their image take a beating in the wake of Dieselgate. 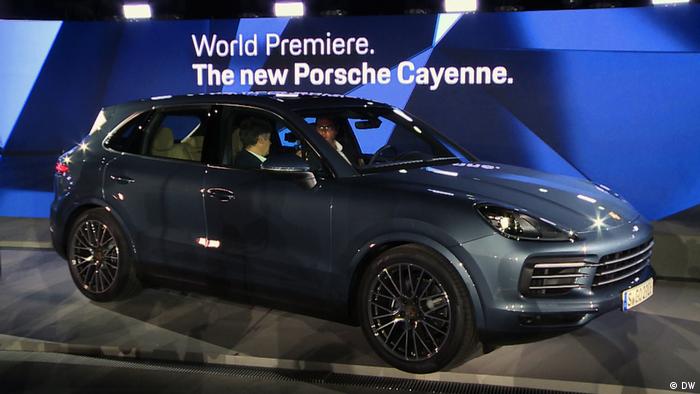 Porsche will not make diesel cars in the future, the automaker's Chief Executive Oliver Blume said in an interview with Germany's Bild am Sonntag newspaper.

Blume said the Stuttgart-based sports carmaker wants to focus on what it's good at — gasoline (petrol), hybrid and electric vehicles.

Porsche is the first major German automaker to withdraw from the diesel market. That said, it never made its own diesel engines, using Audi motors for the few diesels it offered.

Porsche and its parent Volkswagen have seen their image take a beating after VW admitted to rigging diesel cars worldwide to fool emissions checks in a scandal widely known as "Dieselgate."

In May, Germany's Federal Transport Authority ordered the recall of nearly 60,000 Porsche SUVs in Europe, a third of them in Germany, because of emissions cheating. The recall affected Cayenne and Macan diesel vehicles.

"We have never developed and produced diesel engines ourselves. Nevertheless, Porsche's image has suffered. The diesel crisis caused us a lot of trouble," said Blume.

Porsche has recently faced allegations that its executives were aware of the so-called "defeat devices" being used by Audi engines to deliver misleading emissions figures during tests. Soon after the Dieselgate scandal broke out, then-Porsche CEO Matthias Müller was moved up to be the head of parent company VW, replacing the now-indicted Martin Winterkorn. In the mean time, though, Müller has passed the VW baton to Herbert Diess.

'In future Porsche will be more Porsche'

Blume said the withdrawal was also aimed at sharpening its core sporty brand.

"It is important for us that engines can be driven in a sporty way," Blume told the newspaper. "Petrol engines are well suited for sporty driving. In the future, Porsche will be more Porsche than it was in the past, catering to greater performance and efficiency. The diesel engine is aimed at a different driving experience.

The withdrawal from diesel is not likely to hurt Porsche's business much, considering only 14 percent its cars run on the fuel worldwide. In Germany, it is 32 percent, significantly lower than rivals BMW and Daimler, according Germany's Handelsblatt business newspaper.

The Volkswagen Group's corporate saga is in the best soap-opera series tradition. It has everything: ultrawealthy families, backroom conniving, dramatic scandals, soaring successes. A new volume got started this week. (13.04.2018)

Two years of leaks about emissions cheating and pollution fears have damaged Germany's standing as the world leader in car production. But analysts think the scandal could have surprising positives for the industry. (09.08.2017)