Investigators have raided offices and homes of former and current managers at German carmaker Porsche. Prosecutors said the searches were carried out on suspicion of diesel emissions fraud. 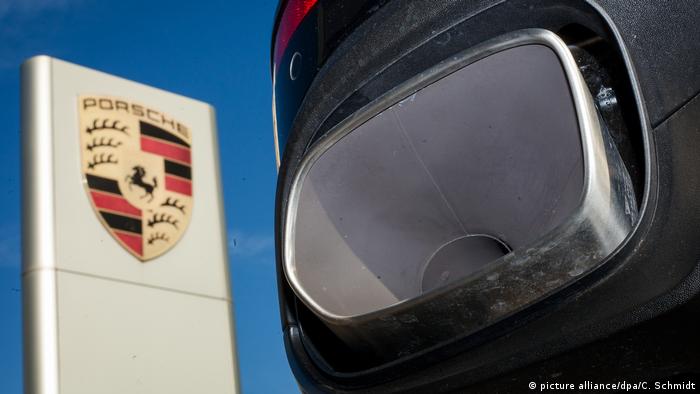 Prosecutors in Stuttgart said on Tuesday they were probing three current or former Porsche managers, including an executive board member, as part of investigations into whether the carmaker manipulated emissions tests.

Premises in the southern German states of Bavaria and Baden-Württemberg were searched by around 160 officials, the Stuttgart prosecutor's office said in a statement, adding that documents had been "sighted and confiscated."

The investigators said Porsche was cooperating fully with the officials, adding that the same applied to Audi, from which Porsche received some of its 6-cylinder diesel engines.

It's not the first time that Porsche has been in the crosshairs of prosecutors. Investigations into Volkswagen's sports car brand started soon after its parent company admitted in 2015 to having installed emissions-cheating devices in millions of cars around the globe.

In the fall of 2016, Porsche decided to voluntarily recall its Macan model after suspicions of emissions cheating were voiced.

A preliminary ban has been imposed on new registrations of Porsche Cayenne vehicles with manipulated diesel engine management software. Germany announced a recall of thousands of affected vehicles last month. (18.08.2017)