The Volkswagen Group's corporate saga is in the best soap-opera series tradition. It has everything: ultrawealthy families, backroom conniving, dramatic scandals, soaring successes. A new volume got started this week. 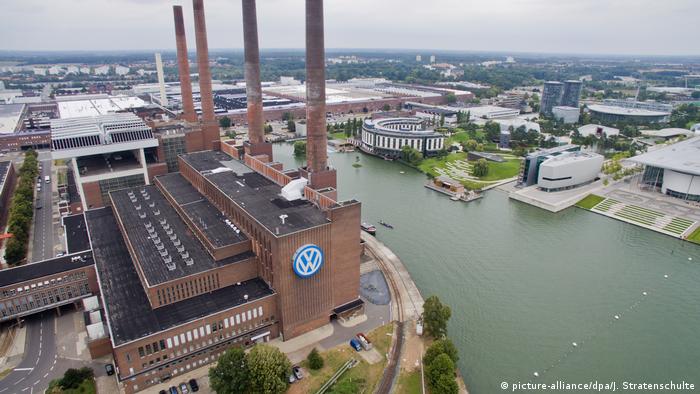 Volkswagen is turning a page. The crowning of Herbert Diess as the new CEO means a tough reorganizer has been put in charge of the world's biggest automaker. But he'll have to tread carefully.

If you like watching video soap operas like House of Cards, you'll be familiar with the routine: The show is filmed in segments, and offered in a series of volumes. First, let's recap what occurred last season.

"I've taken distance from Winterkorn." This sentence, now a classic of German business history, heralded the end, three years ago, of the reign over Volkswagen Group's Board of Directors of Ferdinand Piëch. Piëch is the patriarch of the family that owns, through inheritance, many of Volkswagen Group's shares.

It was Piëch who spoke these words; they were aimed at Martin Winterkorn, who was then company CEO, and himself a patriarch — an engineer-CEO with a dictatorial management style, an old-school alpha bull. Piëch had lost confidence in Winterkorn, and intended to force him out of his job. But Winterkorn fought back, and it turned out he had more allies than Piëch. He stayed CEO, and Piëch withdrew from the board of directors. That was Volume 1 of the saga.

Half a year later, the plot of Volume 2 unfolded: Dieselgate, the scandal unleashed by VW's systematic and deliberate fraud in diesel emissions test results. Dieselgate slammed the company's reputation, damaging not only the Volkswagen brand, but arguably harming "Made in Germany" too.

In the wake of Dieselgate, Winterkorn had to go, after all. The head of the Porsche division, Matthias Müller, succeeded him as CEO of Volkswagen Group. Piëch, watching from his retirement villa in Salzburg, must have allowed himself a grim smile or two as Winterkorn went under. As a parting shot, Piëch made some remarks that suggested Winterkorn bore a heavy responsibility for the Dieselgate scandal. And so ended Volume 2.

Next came Volume 3, in which the new CEO, Müller, steered the giant company successfully through heavy seas. Despite the multi-billion-dollar fines and settlements with regulatory agencies over Dieselgate, despite the reduction in sales of diesel vehicles, despite everything, Volkswagen, over the ensuing three years, didn't merely recover. VW Group achieved record unit sales, record revenues and record earnings — and overtook Toyota Motor Corp. to become the biggest automaker in the world, as CEO Müller was able to report at the annual general meeting just a few weeks ago. What a story!

The next instalment in the saga begins

And then, suddenly, unexpectedly, we have arrived at Volume 4. To nearly everyone's surprise, Müller lost his job. Early this week, it was announced that he would be replaced by Herbert Diess.

Apparently the hereditary owners (the Porsche and Piëch families) had the impression that their liegeman Müller had done his duty, and it was time for him to go. Müller had done a superb job, having brought back on track the giant corporation with its twelve different brands, 640,000 employees, and over 100 production plants around the world. But it appears he annoyed the gentlemen in Salzburg by repeatedly speaking out in public on various issues, singing solo arias to the business press, as it were. That won't do, will it; it won't do at all, because in the House of VW, one prefers to discuss everything privately, quietly, in back rooms.

The family clans have now presented Mr. Müller with a lesson in how quiet backroom discretion works. He did not know what was in store for him until the beginning of this week. His employment contract was set to run until 2020, after all. But on Monday, he was summoned and informed that his time at the top of company's management was over. On Tuesday, to come possible leaks to the fore, a terse compulsory announcement was released for the financial markets, saying: "Mr. Matthias Müller has signaled his fundamental readiness to participate in the changes."

Working in complete silence for weeks, if not months, the Porsches and Piëchs had come up with a plan to restructure Volkswagen Group, including the top staff.

The proposed restructuring is not entirely surprising, since for some time there has been speculation about dividing the Group's many car brands into a short list of different businesses: high-volume, luxury, and sports cars. A restructuring was needed, because even after three years of Müller's capable stewardship, with the Group solidly on the road to success, the corporate structures remained holdovers from the Winterkorn era.

The question the backroom discussants faced was whether a company of this enormous size is flexible and agile enough to handle the dramatic challenges facing the entire auto industry such as the emergence of the era of self-driving electric vehicles, and an expected large-scale shift from personal car ownership to ride-buying. A new structure was needed to succeed in the emerging new personal-transportation world.

To foster agility, the Group is set to become a little smaller, with a planned spin-off of the truck and bus business. Should the truck and bus unit soon go public, it will probably be the largest IPO in German business history. The money which the group could take in from the sale of the unit is urgently needed for the massive investments that will be necessary in order for VW Group to win the automotive future.

Can Diess run a corporation?

Herbert Diess will be the first VW CEO who isn't a VW corporate lifer. He came to Wolfsburg, the company town where VW Group has its global headquarters, only recently, after he had been passed over in the CEO promotion sweepstakes at BMW, his former employer, three years ago. 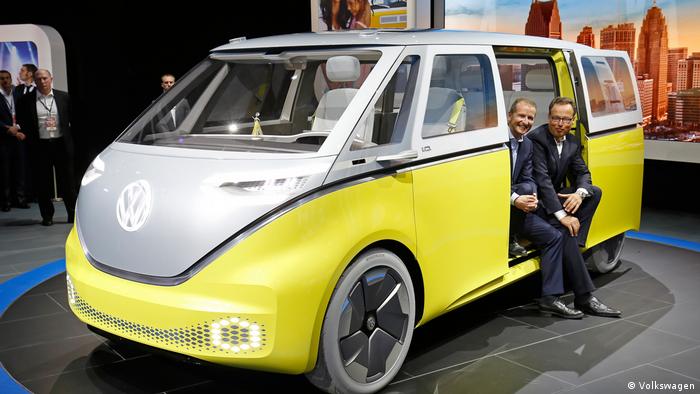 Herbert Diess is the man on the left, sitting in the I.D. Buzz concept car at the auto show in Detroit, 2017. The all-electric Buzz will go into production in 2022, the company has said

And of course, the appointment of Herbert Diess was again a classic chapter in the House of Cars soap opera series. Diess, who has the reputation of a hard-hitting restructuring and cost-cutting expert, had been brought in from BMW to restore financial efficiency to the Volkswagen Group's core VW brand. His drive to cut costs involved tough fights with the big power in Wolfsburg - the automakers' union.

The drive was successful, but nothing happens in Wolfsburg without the union's buy-in, and that was underlined by another personnel decision taken this week: Gunnar Kilian is moving into the C suite as human resources chief. Kilian is a long-time, close collaborator of the almighty works council chief Bernd Osterloh, the top union man. Perhaps Kilian is meant to keep an eye on Diess for the union, to make sure his cost-cutting doesn't go too far.

So is Herbert Diess now the right boss to lead the VW Group into the automotive future, with its self-driving cars and electric motors? Certainly, the company board has equipped him with plenty of decision-making power. He'll need it in order to pull off the biggest restructuring in the company's 80-year history. Even so, there's no guarantee of success. This restructuring will cost a lot of strength and time. And as Herbert Diess doubtless is well aware: the threads upon which his career hangs are pulled from the back rooms of the Porsche and Piëch families' elegant Salzburg villas. Volkswagen Group remains a House of Cars, and Diess, however fine an executive, counts in that context as merely a hired man.

Corporate wheel turns at VW, but workers are staying calm

With a new boss known for finding efficiencies installed at VW, it appears that change is coming for Europe's largest car group. Yet workers at the company’s Wolfsburg headquarters are calm and positive about the future. (13.04.2018)