Herbert Diess will replace Matthias Müller as VW CEO. He has a reputation for driving through difficult changes. From his days reining in costs at BMW, the Austrian has often irritated unions — and delighted bosses. 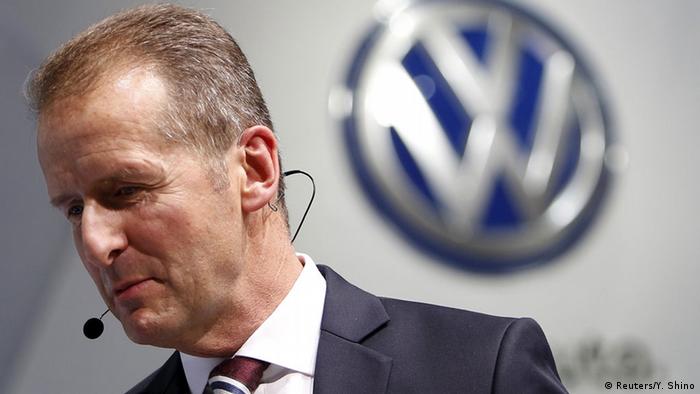 Taking on the role of brand chief with Volkswagen on July 1, 2015, might well be the automotive executive equivalent of accepting the captaincy of the Titanic in the early months of 1912.

For Volkswagen and its new CEO Herbert Diess, the iceberg lurking in dark waters ahead was Dieselgate, the emissions scandal which erupted publically just two months after Diess had left the relative calm of BMW to take on the new brand role with VW in Wolfsburg.

Being responsible for the VW brand in the immediate aftermath of one of the biggest crises in the company's history is hardly the easiest job to step into. Yet less than three years later, Diess, who turns 60 in October, will now step up to replace Matthias Müller as VW chief executive.

As early as Tuesday, in a move which caused considerable surprise in the European automotive industry,Volkswagen released a statement that all but confirmed Müller's departure and which vaguely signaled forthcoming changes in its management structure.

Darling of the board

Diess, an Austrian national born in Munich, has enjoyed a long career in the high ranks of the European car industry.

After a heavy academic grounding in vehicle technology and mechanical engineering — he holds a PhD in the latter — he joined the German engineering giant Bosch in 1989, where he worked in various management roles before making his inevitable move towards the car industry when he joined BMW in 1996 as director of long-term and structural planning.

In a near-20-year career at the Bavarian company, Diess held various senior roles and during a four-year period in England, he managed BMW plants in Birmingham and Oxford. He also managed the BMW motorcycle division before making the step up to the BMW Board of Management in 2007.

It was in his role as BMW purchasing manager from 2007 to 2012 that Diess developed a reputation as an effective cost cutter, and auto industry insiders say he played an important role in steering BMW through the years of the global financial crisis through canny savings. 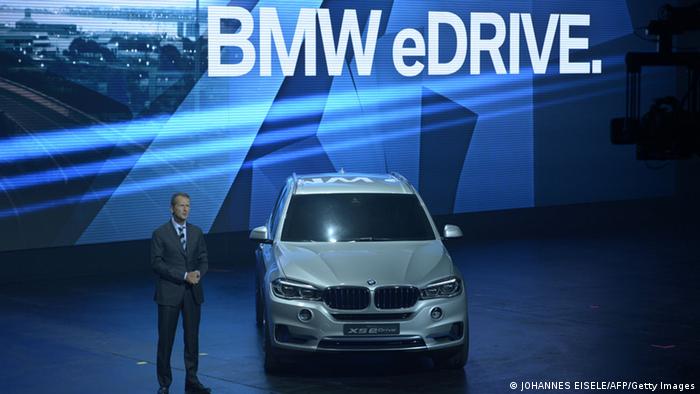 Herbert Diess developed a reputation for costcutting at BMW

This reputation quickly made him a darling of executives and management boards, generally enamored by those adept at saving money.

However, that same reputation had an impact on Diess's standing with BMW union leaders and members of its works council, a body which represents workers on the executive board. Their opposition to him is one of the reasons why he was never seen as a serious contender to become the BMW Group's CEO.

Driving into a storm

When Diess joined Volkswagen a few months shy of the Dieselgate storm in July 2015, his task was ostensibly to cut costs, increase efficiency and make the VW brand stronger in the United States.

"If you look at his track record at BMW, he did a fantastic job there and the company never should have allowed him to leave," JP Morgan auto analyst Jose Asumendi said at the time.

In some ways, Dieselgate may have been a blessing in disguise for Diess, as it enabled him to proceed in a climate which demanded change rather than one which was resistant to it, as may have been the case before the crisis.

Yet an old bête noire stalked Diess early on at Volkswagen — union resistance. Rumors of conflict with VW works council chief Bernd Osterloh abounded and there were stages when Diess's days looked numbered.

Many predicted he would go the same way as Wolfgang Bernhard, another cost cutter who was forced out as VW brand chief less than two years after he started.

But Diess has survived and seemingly, thrived. A big reason for that was the agreement with Müller to secure VW jobs until 2025, in return for union approval of the company's major push towards e-mobility.

"Diess's currency in the firm, with the board, with the unions, is really high," a long-time investor told the Financial Times. "He's not unhinged, he's not slipshod, he's very measured, even if he doesn't have the best interpersonal skills. He's won everyone over."

Despite Volkswagen's strong financial figures, the need to accelerate as quickly as possible away from the smoke and dust of Dieselgate has partly driven the ongoing shake-up. Shareholders and unions have been squabbling over how deep the changes need to be.

Müller, then aged 62, left a solid position at Porsche in 2015 to help guide Volkswagen through the crisis. By most objective measures, he has done a decent job. Yet his departure suggests that the VW management board anticipates a bumpy road ahead.

For that, they have now handed the wheels to Diess, a man not known for shirking difficult decisions.

Prices for puppies and kittens are exploding on the internet, and animal shelters and breeders are inundated with inquiries. But the boom has its downsides for the animals.