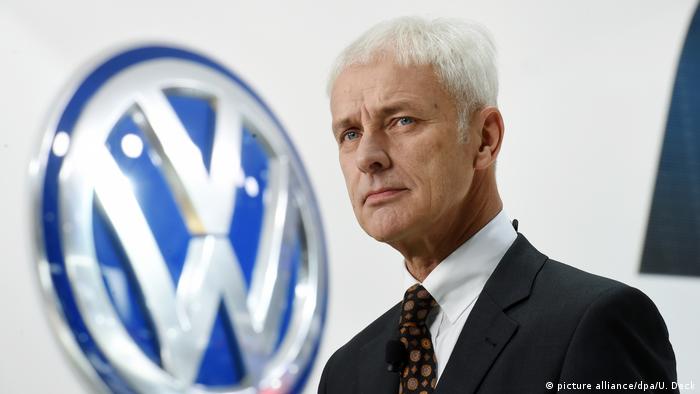 Europe's biggest carmaker announced on Tuesday that it was considering reshuffling its management board, including replacing current chief executive (CEO) Matthias Müller.

"The Volkswagen group is considering further evolving the leadership structure, which could be connected with changes in the board... a change to the chief executive could be involved," the German auto giant said in a statement.

Supervisory board chief Hans Dieter Pötsch had been "speaking with different members of the supervisory and executive boards" about moving or replacing some of them, the statement also said, adding that Müller "signaled he was open to play a part in the changes."

On the same day, German business daily Handelsblatt reported that Herbert Diess, head of the VW brand, was slated to take Müller's place.

According to people familiar with the matter and speaking to Bloomberg News, Volkswagen's supervisory board will vote on the change in top leadership at a meeting on Friday.

Herbert Diess joined VW from German rival BMW in mid 2015, a few months before the company's diesel emissions-cheating scandal erupted publicly. A mechanical engineer graduate, holding a doctorate in manufacturing technology, the 59-year-old executive is known as a good communicator and an aggressive cost-cutter.

During his tenure overseeing VW's biggest unit, he routinely butted heads with the powerful labor unionas he sought to cut costs and simplify the structure of the carmaker during the crisis.

"The potential change in CEO comes as a surprise," Christian Ludwig, a Bankhaus Lampe analyst, told Bloomberg News. "I don't see an obvious trigger that would have prompted this."

The leadership change takes place as 64-year-old Müller still has two years left on his current contract. A former chief executive of VW subsidiary Porsche, he was brought in to replace long-time CEO Martin Winterkorn at the height of the dieselgate scandal in late 2015.

Müller has implemented a massive restructuring, aiming to electrify many of its lines and slim down its massive operations over the coming decades. But he has come under the scrutiny of German prosecutors over suspicions he may have known about the diesel cheating before it became public and failed in his duty to inform investors.