Volkswagen offers to buy back new diesels in case of city bans | Business| Economy and finance news from a German perspective | DW | 29.03.2018

Europe's largest carmaker has said it's willing to buy back new diesel cars should German cities ban them. The announcement is meant to reassure potential clients and stem a plunge in diesel car sales. 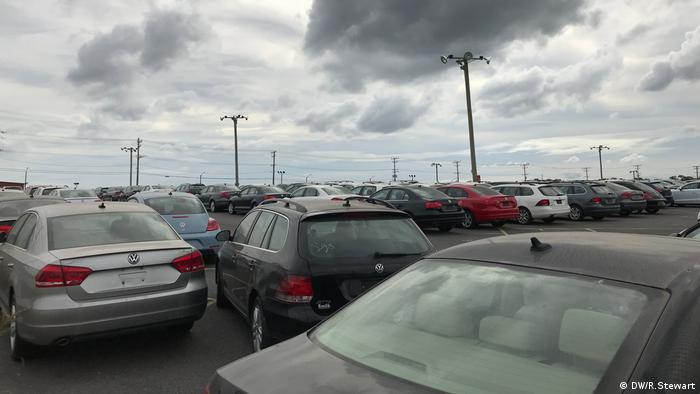 The move came after a German court ruled last month that cities across the country could ban diesel vehicles from their streets. Many towns exceed EU limits on atmospheric nitrogen oxide known to cause respiratory diseases.

Fears of bans have led to a marked drop in demand for diesel cars. In Germany alone, sales plummeted by 19 percent last month.

At its core VW brand, Volkswagen said its buyback offer applied to new diesels bought between April 1 and the end of 2018, and would kick in if the city in which the buyer lived or worked banned diesels within three years of the purchase.

Reuters reported that at Czech brand Skoda, the guarantee applied to cars bought between April 1 and the end of June, but would cover bans introduced within four years of the purchase date.

In a separate note on Thursday, the German carmaker said that Volkswagen customers who unknowingly bought cars that ran afoul of environmental standards because of an emissions-rigging scheme would have until the end of June to bring their cars in for redemption.

VW had originally told clients they had only until the end of March to do that.

The Wolfsburg-based company began the swap program eight months ago. More than 170,000 people have so far brought in old diesel cars in exchange for models that meet current environmental standards. The old vehicles have been demolished by the manufacturer.