Workers at Volkswagen in Germany have won a considerable pay hike. Wages at the world's largest carmaker are in line with the rest of Germany's metalworking sector, as the ECB sees an inflationary upside. 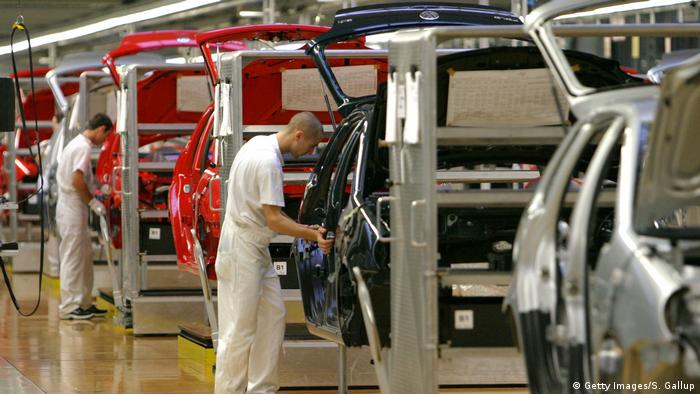 Management and 120,000 employees at VW in Germany have agreed an across-the-board 4.3-percent pay rise from May, with company contributions to individual pension funds set to triple.

"After a long night of talks we've achieved a result employees at Volkswagen can be very happy with," chief negotiator for the union IG Metall Thorsten Groeger said in a statement.

During talks in January between IG Metall, which represents German metalworkers and electrical industry workers and other employers' groups, thousands of workers downed tools in 24-hour "warning strikes" across Germany.

"This outcome is a good result for our employees," said Volkswagen's chief negotiator Martin Rosik. 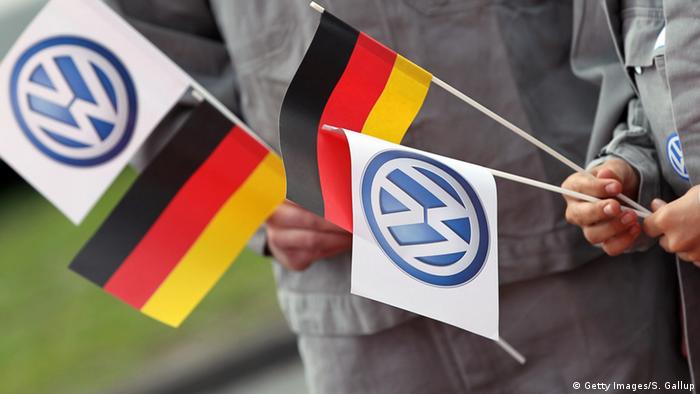 Not across the board

VW did not match other employers' offer of the option to temporarily switch to a 28-hour week, but some groups of employees, such as those with young children or caring for relatives, will now be able to choose to take up to six additional paid days off per year instead of an annual bonus.

The agreement means average annual increases of about 3.7 percent in 2018 and 4 percent in 2019, Oliver Rakau, an economist at Oxford Economics in Frankfurt, told Bloomberg recently.

"This decision is effectively in line with the contract renegotiation across the metalworking industry. That was an important goal for us to secure Volkswagen's competitiveness" in the labor market," VW human resources chief Karlheinz Blessing said in a separate statement.

Made in Germany - German Carmakers - Markets and Morals

The European Central Bank (ECB) has been watching the talks for confirmation that price pressures are finally on the rise in the eurozone, allowing them to gradually remove monetary stimulus, also known as Quantitative Easing.

The ECB has been calling for stronger real wage growth to raise living standards and push inflation closer to the official annual eurozone target of just under 2 percent.

Asked if the VW wage agreement could trigger rises across the 19-nation eurozone, ECB President Mario Draghi said in January  nominal wage growth is "a very convincing sign of future inflation convergence to our objective."

German employees' purchasing power increased in 2017 only slightly despite rising wages due to inflation. Although nominal wages rose 2.5 percent on average in 2017, an increase in consumer prices of 1.8 percent reduced the real gain to 0.8 percent. The estimated EU average is 0.4 percent in 2017.

The European Central Bank has announced a cut in its bond-buying economic stimulus program, taking its biggest step yet towards unwinding years of loose monetary policy introduced in the wake of the financial crisis. (26.10.2017)