Policymakers from the US Fed, the European Central Bank and the Bank of England have described the recent sell-off in stock markets as a healthy correction, saying this won't knock them off their monetary policy path. 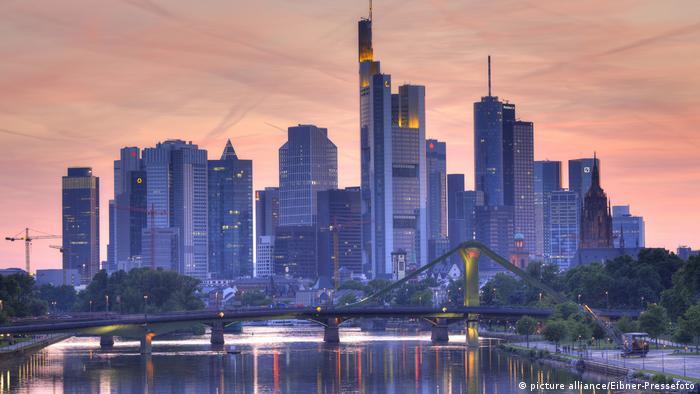 After investors woke up to the likelihood that monetary policymakers are serious about pulling back stimulus this year to control inflation, Dallas Fed President Robert Kaplan said on Thursday that the recent market volatility in itself was not enough to change the US Fed's base scenario.

Nevertheless, he told a business conference in Frankfurt, Germany, that the US central bank was "highly vigilant" about the turbulence and would study whether it had any effect on the real economy.

"At this point, I don't see this market adjustment spilling over into financial conditions — but I'll be watching carefully," he said, adding: "My base case is the same."

Under the US Fed's current base scenario, the central bank will continue to remove policy accommodation gradually, including a reduction of its bloated balance sheet and likely raising interest rates three times this year.

However, US stocks sold off sharply this week on worries that rising wage inflation could force the Fed to tighten policy more quickly, possibly with a fourth rate hike.

As markets have calmed down and recovered some ground in the course of the week, European central bankers also brushed aside the sell-off that rippled through global stock markets.

Policymakers should not "allow ourselves to become unsettled by the decline in equity prices we have just witnessed," Bundesbank President Jens Weidmann said in Frankfurt.

Weidmann, who is also on the board of the European Central Bank (ECB), said the central bank for the euro area would continue to pump liquidity into the eurozone, despite almost five years of economic growth. Yet Weidmann noted that "if the expansion progresses as currently expected, substantial net purchases beyond the announced amount do not seem to be required."

While the US Fed has stopped its asset purchasing program, known as quantitative easing (QE), the ECB is still buying eurozone bonds at a rate of €30 billion a month at least until September.

ECB chief economist Peter Praet told the conference in Frankfurt that policy normalization would be a "long, complex" process.

Bank of England (BoE) Governor Mark Carney also described the recent ups and downs in financial markets as "not an entirely surprising development."

However, rising inflation and a tightening labor market in Britain may force BoE policymakers to act earlier than their counterparts on the Continent, he told reporters in London on Thursday.

"It will be likely to be necessary to raise interest rates to a limited degree in a gradual process, but somewhat earlier and to a somewhat greater extent than what we had thought in November," Carney said. "Domestic inflationary pressures are likely to firm."

Having already raised interest rates in November for the first time in a decade, the BoE put investors on alert for another increase perhaps as soon as May by lifting its forecasts for economic growth and saying inflation will remain above its 2 percent target.

Aftershocks from the global stock sell-off continued reverberating in markets on Thursday, with shares falling in Europe and rising in Asia. But for UBS Chairman Axel Weber, a former ECB policymaker, that's nothing to fear. "The market has shown an unprecedented level of complacency. A correction was waiting to happen," Weber told Bloomberg News.