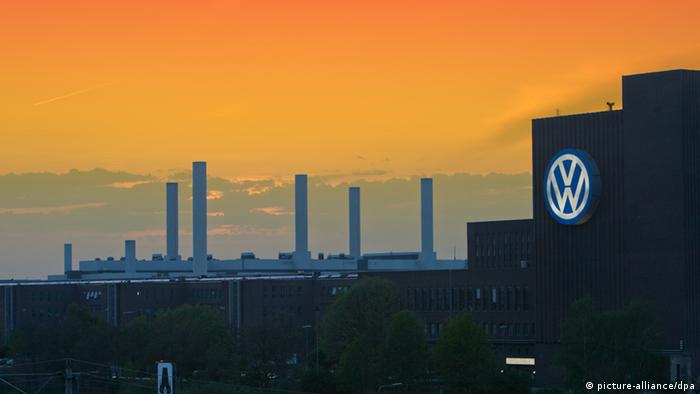 Wolfsburg, late September 2015. The world's media is gathered in front of Tor Sandkamp, one of the entrances to the Volkswagen headquarters. We're waiting on the announcement as to who would be the CEO to replace Martin Winterkorn, who had to resign in the wake of the emissions cheating scandal. It's taking a lot longer than we all thought it would, considering we had all already heard it was likely to be then-CEO Porsche, Matthias Müller. Why was it taking Volkswagen so long to confirm what we thought we already knew, we complained.

A few feet from where I'm standing, a fellow reporter doing a live broadcast tries to build up suspense for his viewers. He tells them we're all on edge, waiting for white smoke to emerge from the Volkswagen complex to herald the choice of a new CEO. It's a clever metaphor — alluding to the papal selection process, while making a not-so-subtle swipe at Volkswagen for Dieselgate. I kick myself for not coming up with it first.

Fast forward to this week, and it seems the opportunity to steal, err, borrow, that metaphor seems to have come. And the name to emerge from that smoke is supposedly Volkswagen brand chief Herbert Diess. "Supposedly" because so far Volkswagen has only said it was reviewing potential changes on the senior management level, with potential implications for Müller's post.

Once he starts, Diess would have quite the job before him. At best, heading up the world's biggest carmaker by sales amid scandal that's stayed alive for three years is difficult. At worst, it's a poisoned chalice. By most standards, Müller did a good job. Save, of course, for some PR faux pas along the way, like telling American radio listeners Volkswagen hadn't so much lied as "misinterpreted" US law. Recently he was also publicly dismissive of the discussion around capping manager pay, sparking criticism that he was being insensitive about money when the diesel scandal has had negative financial consequences for consumers. 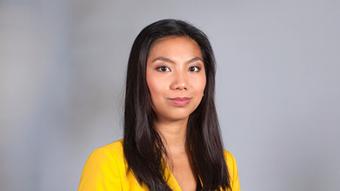 Janelle Dumalaon is a journalist with DW's Business and Science Department

But for the most part, Müller steered Volkswagen towards record sales, and an accelerated electric mobility strategy. So why the driver change?

Several possibilities. I think the truth is in the spaces in between. Restructuring has taken on a particular momentum across Germany's corporate sector, as modernization takes the form of cutting down industrial behemoths to smaller, more agile entities, and management shake-ups (see Deutsche Bank, Siemens).

Within Volkswagen, ties were reportedly fraying between Müller and majority shareholding Piech and Porsche families, amid disagreements over potential divestments, as well as Müller's surprising call to end diesel subsidies.

Of course, it's worth noting that this is all still happening against thebackdrop of VW's emissions-cheating scandal, also known as Dieselgate. Just last week, state prosecutors said it was unlikely related investigations would wrap up this year. Müller has been accused of delaying disclosure to Porsche SE shareholders about the diesel emissions scandal, an offense falling under market manipulation. He strenuously denies these allegations. But it's easy to imagine that the top of Volkswagen's management structure is not the best place to be in case Müller became more interesting for the prosecution.

And there's the possibility that a relatively short-lived time at the helm has always been inevitable. Before the now 64-year-old took the CEO post, he had said he was too old for it. Many speculated at the time that he was selected for continuity purposes, and that he would train a successor. In a recent interview with German weekly Der Spiegel, Müller said Volkswagen had a long way to go in terms of hiring younger staff, with more diverse backgrounds, as well as women.

Obviously, 59-year-old Herbert Diess, doesn't fall into any of those categories. What he does have, in contrast to VW veteran Müller, is a clear alibi accounting for his whereabouts when the emissions cheating started. He was at BMW. He only joined Volkswagen in July 2015, a few months shy of the scandal's emergence.

Apart from distance to Dieselgate, Diess also brings with him a reputation as an ultra-effective cost-cutter prepared to grapple with Germany's powerful labor unions, with an unwavering eye on the top job. His move to Volkswagen came amid speculation he was passed over for BMW CEO.

The poisoned chalice passes from the Volkswagen old-timer elevated to a job he felt compelled to do, to a not-much younger, but newer recruit eager to hold on to it with both hands. Given the ballooning costs Volkswagen has to contend with, in terms of investing in its future strategy, on top of dealing with litigation and compensation costs from past scandal, promoting the man who knows where to tease out savings probably makes sense.

But the decision will have labor leaders and employees already uncertain about their place in Volkswagen's electric-powered future bracing themselves. Diess could find himself disliked. But Volkswagen's taken some pretty serious popularity hits anyway - in the end, the lack of pressure to please could result in some painful, long-in-coming changes.

Brazil: Police raid on a favela in Rio leaves over 20 dead 59m ago