VW's core brand Volkswagen is aiming to become the world's leader in electric cars by 2025. The company hopes its strategic clean-energy ambitions will make people forget about its emissions-cheating scandal. 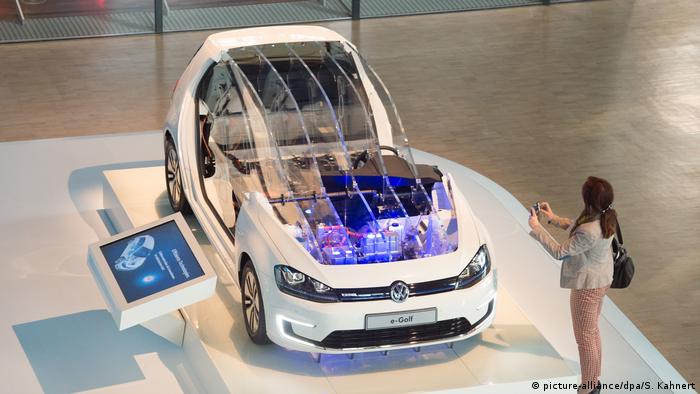 Presenting Volkswagen's "Transform 2015+" long-term strategy in Wolfsburg, brand chief Herbert Diess said Tuesday his company aimed to become the global leader in the production and sale of electric cars by 2025.

The announcement came as the German car giant shifted its focus to clean-energy vehicles after its large-scale pollution scandal involving defeat devices to falsify emissions tests in the lab.

"By 2025, we plan to sell 1 million electric cars per year, and by then we also want to be the global market leader in electromobility," Diess said in a statement. "Going forward, our electric cars will be the hallmark of Volkswagen."

VW added this would free resources needed for its shift toward e-mobility and autonomous driving - sectors in which the firm planned to create up to 9,000 new positions.

Volkswagen also reiterated its resolve to improve its position on the North American markets.

"We'll have to increase our commitment to the US market," Diess said, adding that offering big SUVs would be key to securing a bigger slice of the cake.