Transport Minister Andreas Scheuer has announced that German car manufacturers have agreed to retrofit older diesel vehicles at their own cost. BMW, however, has refused to go along with the plan. 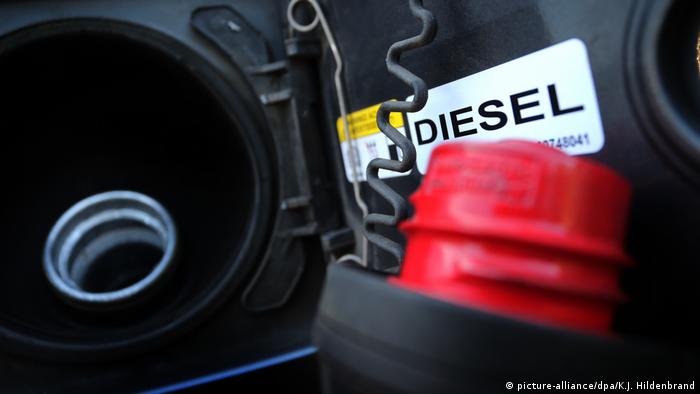 German Transport Minister Andreas Scheuer met with managers from automobile manufacturers Daimler, Volkswagen (VW) and BMW in Berlin on Thursday. The meeting was held to discuss government plans for manufacturers to pay for retrofitting hardware for older diesel vehicles.

Scheuer announced that Daimler and Volkswagen were prepared to pay up to €3,000 ($3,429) per vehicle. BMW has refused to take part in the program. Scheuer also announced that he would meet with foreign manufacturers in an effort to ensure they abide by the same emissions standards as domestic manufacturers.

Daimler and VW also intend to pursue trade-in incentives to entice buyers to purchase new, more fuel-efficient cars. BMW has insisted that the retrofit plan is the wrong path forward, saying a better plan would be for customers to buy new cars rather than trying to change the past.

Manfred Schoch, who heads the BMW works council, says the government's plan to treat all manufacturers the same "threatens jobs at carmakers that have been producing clean diesels all along." He continued by adding: "Rather than investing in the past we need a comprehensive charging infrastructure for e-mobility."

BMW development manager Klaus Fröhlich was similarly skeptical of Scheuer's plan: "It will take years before a hardware retrofit can do anything to improve air quality — if at all." Others at BMW pointed out that retrofits will only add weight to cars and thereby increase fuel consumption.

Jürgen Resch: 'The state is behaving like a criminal'

The battle over diesel emissions, air pollution and the role of German automakers in that equation has been brewing for years. VW, the world's largest automaker, was famously found to have cheated on emissions tests in what became known as Dieselgate after news of systematic cheating became public in September 2015.

Germany's successive governments have been accused of kowtowing to the country's powerful automobile industry, putting its wishes — and profits — before public health.

Another blow to owners of older diesel vehicles — and eventually manufacturers — came on Tuesday morning, when the Cologne Administrative Court ruled in favor of the German environmental group DUH. The court found merit in DUH's complaint that diesel emissions from older vehicles were greatly to blame for poor air quality and thus would have to be banned in the North Rhine-Westphalian cities of Cologne and Bonn from April 2019 on.