The Volkswagen (VW) Group has announced a package of measures aimed "to improve air quality in Germany through fleet renewal." The measures primarily center on scrappage deals for old diesels in 14 German cities. 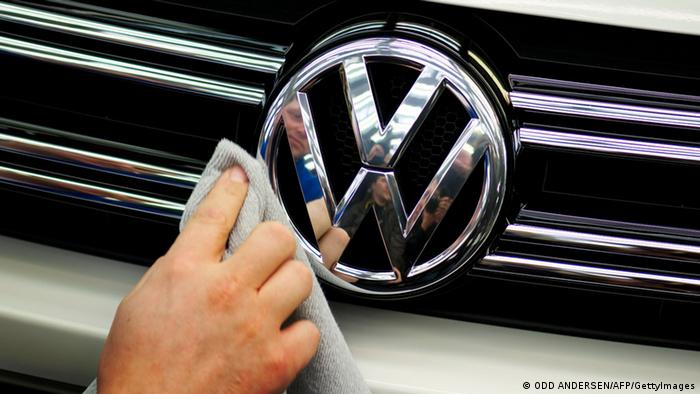 VW announced on Thursday a series of measures which the carmaker says will improve air quality in Germany through the renewal of the existing fleet of diesel vehicles on the country's roads.

First reported on Thursday in the German tabloid Bild and by the news agency DPA, drivers of various VW Group cars in the 14 most polluted German cities will be offered generous trade-in rates by the carmaker for their older diesels in order to persuade them to buy new ones.

The premium will apply to diesel cars with the emission standards Euro 1 to Euro 4, with those cars ranging in age from more than 10 to 25-years-old. The aim of the suite of measures from the Wolfsburg-based manufacturer is to avoid diesel bans in cities across Germany.

The trade-in/scrappage deals will apply to vehicles across the Volkswagen Group stable, including from the Seat, Skoda and Audi brands. The premium offered may go as high as €10,000 ($11,518), according to the news agency DPA, although that will only apply to especially large vehicles.

Volkswagen said on Thursday that the amount offered for each car would depend on the size of the vehicle, and said discounts as high as €8,000 would apply.

'A comprehensive package of measures'

"The successful environmental incentives for scrappage of Euro 1 to Euro 4 diesel vehicles of any make are again being offered by some of the Group’s brands throughout Germany," the carmaker said in a statement.

"Vehicle keepers in the 14 cities classified by the federal government as having the highest levels of pollution and in the surrounding areas will be entitled to the new exchange premiums. These premiums will be paid in addition to the vehicle’s residual value when trading in a Euro-4 or Euro-5 diesel vehicle of any make. The environmental incentives and exchange premiums come into immediate effect and are valid until further notice."

The newest diesel vehicles, Euro 6 models that around three years old or so, are not part of the scheme.

VW added that brands from across its commercial stable, such as Audi, Seat and Skoda, would be announcing details of their own specific scrappage schemes.

Earlier this month, Germany's coalition government announced details of a diesel deal it had struck, aimed at dealing with the country's air pollution problems while also avoiding diesel bans or wholesale retrofits.

The deal unveiled was based on a combination of trade-in incentive schemes and still unspecified retrofit options for older diesels. So far, the major German car manufacturers have provided scant information on what part in the deal they will play, particularly in the area of hardware retrofits.

The Volkswagen statement on Thursday did not mention the topic of hardware retrofits on polluting diesels — a contentious topic for carmakers given that it is the most expensive option, from their perspective.

Extensive retrofitting had been signalled by various politicians as part of the recently agreed government deal but the VW announcement appears to firmly steer the discussion around diesel back to scrappage schemes.

"Volkswagen’s first environmental incentive from August 2017 to June 2018 successfully demonstrated that systematic fleet renewal is a swift and efficient way of improving air quality," the statement from the carmaker said, noting that 210,000 old diesel vehicles were taken off the roads "and replaced by modern, cleaner models" during the period it question.