The death of diesel? What the German court verdict could mean | Business| Economy and finance news from a German perspective | DW | 27.02.2018

The death of diesel? What the German court verdict could mean

Germany’s top administrative court has paved the way for potential bans on diesel cars in cities. Does this ultimately mean the death of diesel? Or can the beloved diesel engine adapt and survive? 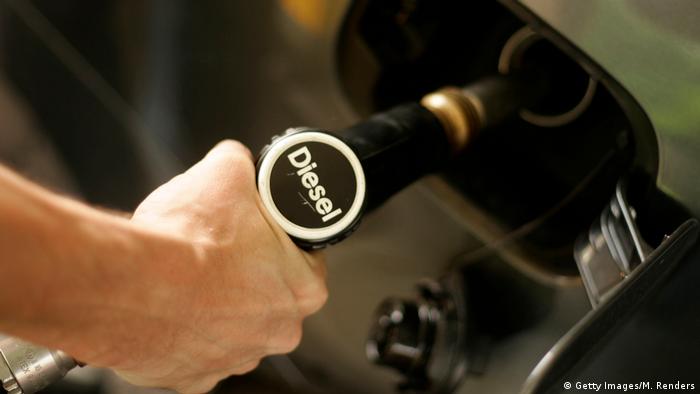 Diesel-guzzling car lovers need not panic just yet — you can still drive your beloved set of wheels home this evening, wherever you are.

But Tuesday's ruling by Germany's top administrative court in Leipzig that diesel bans in cities are legally permissible could have deep consequences for millions of drivers and businesses in Germany and the economically critical automobile industry as a whole.

While any eventual diesel bans will be limited to certain vehicles, places and scenarios at first, this ruling could ultimately prove to be a big nail in the coffin of a fuel that has powered Germans and Europeans for the best part of a century.

Diesel in Germany: A potted history

An American resident, long since used to that country's preference for gasoline (petrol) cars, might be surprised to learn that around one third of the more than 45 million cars on German roads are powered by diesel.

The journey of diesel in its German motherland and in Europe as a whole has been remarkable. After decades of modest popularity, the diesel boom took off fully in the 1990s when technological developments such as turbo-charged direct fuel injection systems greatly improved performance and softened diesel's dirty image.

Then in the late 1990s, European governments eager to reduce their CO2 emissions began to spend billions subsidizing diesel, as it emits far less CO2 than petrol. As well as that, car tax on diesel vehicles became far cheaper than that on petrol cars.

Cheaper and far more fuel efficient, diesel became a go-to fuel for drivers in Europe. In 1990, less than 10 percent of new German cars were powered by diesel. By 2000, it was 30 percent. By 2007, it was 47.8 percent. Growing concerns over diesel's severe effects on public health, through nitrogen oxide (NOx) and particulate emissions, didn't seem to matter back then.

Everything changed with the September 2015 Volkswagen Dieselgate emissions scandal. With public faith hugely damaged, the last two and a half years have been filled with little but bad news for those who love diesel. In 2017, the share of new diesel cars in Germany fell to 38.8 percent; still very high, but a dramatic fall from the 47.7 percent figure of 2015.

A ban on diesel cars in German cities would surely accelerate what is beginning to look like the death of diesel.

Tuesday's ruling does not mean there is now a diesel ban in place in Stuttgart, Dusseldorf or anywhere else.

However, it does mean that there is now no legal impediment to German states and municipalities banning all but the very latest diesel models (those meeting so-called ‘Euro 6' standards, introduced after September 2015) from city centers, something they will now come under massive pressure to do from environmental lobby groups such as DUH, whose legal action led to today's case.

Pressure will also come from the European Commission. Almost 70 German cities heavily exceed EU NOx limits, with Cologne, Stuttgart and Munich the worst offenders. Germany needs to lower these levels fast, or else it will face huge EU fines. With diesel-powered vehicles accounting for more than 40 percent of total German NOx pollution, they will bear the immediate brunt of any emissions-reducing measures.

The highly influential German automobile industry is worth close to €500 billion ($616 billion) to the German economy annually and employs close to 1 million people directly and indirectly, so car industry representatives and lobby groups vehemently oppose any bans.

The German government is understandably wary of upsetting this group, or indeed the many millions of German citizens currently driving diesel cars. Nonetheless, with possible EU legal action looming over Germany's poor air quality, the government may have little option but to fully endorse and support Tuesday's ruling.

Already there are strong suggestions from several politicians that the possible imposition of diesel bans will torpedo any fledgling plans, touted in recent weeks, to introduce free public transport systems within five so-called German ‘model' cities. 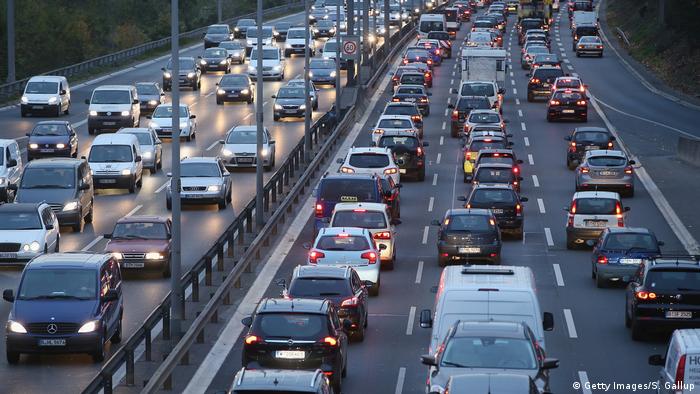 There are around 15 million diesel cars on German roads.

On top of this, significant moves to ban diesels in Germany will inevitably lead to similar moves across Europe, with environmentalists and green politicians likely to crank up the pressure, already at a high pitch with Paris, Madrid and Athens all having committed to diesel bans by 2025.

With diesel sales already on the decline in Germany, the introduction of diesel bans, however limited, would inevitably accelerate that decline according to most market analysts.

Although diesel models built from late 2015 will be exempt, the damage to ‘brand diesel' will surely be profound. With more than 15 million diesel cars currently on German roads, many of them built before 2015, owners may be prompted to get rid of them as quickly as possible, potentially knocking billions off the value of the German and European car market — and slowly but surely, knocking diesels off the roads for good.

The car industry itself will also ultimately have to react. Several carmakers have already committed to ending production of diesel vehicles within the next few years, with Fiat Chrysler the latest to do so, according to reports in recent days.

Last summer, BMW and Audi agreed with the Bavarian state government that they could "upgrade" several diesel cars built between 2011 and 2015 with software that would reduce emissions.

The prospect of a diesel ban will place such pledges under more intense scrutiny; many are likely to argue that the costs of such upgrading would be unrealistic and prohibitive. Scrappage schemes, also expensive but more definitive in resolving the diesel issue, will also increasingly come into the equation.

What is clear is that the verdict of the court in Leipzig is going to blow a powerful gust of change into the already turbulent world of diesel usage in Germany and beyond. Precisely what will happen to diesel cars over the next few years remains to be seen, but bans or no bans, it is hard to see how diesel can ever return to the intoxicating position it once occupied.