Move is on to ban diesel cars from cities

A top German court has ruled cities can ban diesel cars on their own. DW looks at several places that have already started implementing similar plans to curb urban air pollution. 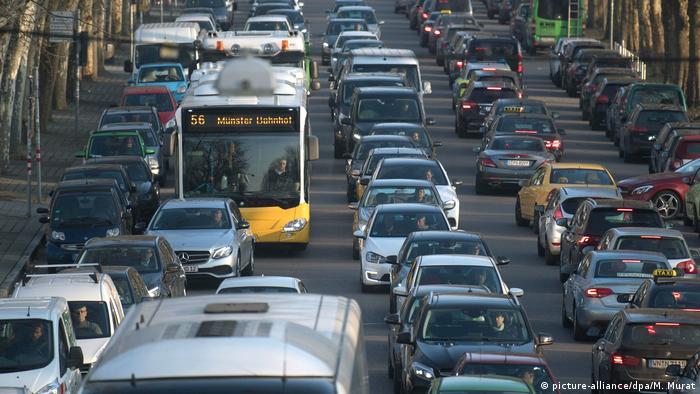 London. Oslo. Rome. Beijing. Shanghai. Ever more cities are introducing a variety of schemes to improve urban air quality by limiting the number or types of automobiles that can enter downtown zones, and the list is growing.

Diesel cars are among the worst sources of urban air pollution. In December 2016, the mayors of Paris, Madrid, Athens, and Mexico City announced plans to ban diesel cars and vans from their roads by 2025. And they're not alone — the number of cities moving toward green transport solutions is growing fast.

In the wake of the automotive diesel emissions test cheating scandal that broke in September 2015, Europeans became aware that under normal driving conditions, nitrogen oxide emissions from many diesel vehicles exceeded legal limits by a factor of more than 10. 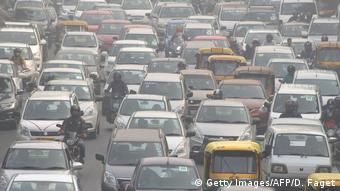 Smog in New Delhi, November 2011: India's government knows it needs to act to clear the air. The plan is to move robustly to replace combustion engined with electric vehicles

"Soot from diesel vehicles is among the big contributors to ill health and global warming,” according to Helena Molin Valdes, head of the United Nations' climate and clean air coalition.

The EU's health authority has reported that nitrogen oxides (NOx) and fine-particulate air pollution cause as many as 400,000 premature deaths every year in the European Union, and exacerbate a range of health risks. Europe's legal machinery has slowly rumbled into action as a result.

Some city governments, too, have begun to take action. There isn't a one-size-fits-all model being applied. Rather, different cities are using different measures. But policy levers are being set that could eventually see internal combustion engines in general, and diesel cars in particular, largely banished from inner cities. 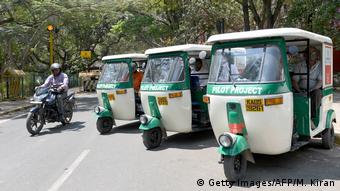 Most rickshaws in India are petrol-powered, noisy and polluting. These are electric. If India carries through with its plans, all new vehicles sold in India will be electric by 2030

Until now, most cities have tended to impose car bans only on an emergency basis, when air pollution is particularly severe. During weather inversions, for example, a cold layer of air sits at ground level underneath a warmer layer, trapping air pollution at ground level. Inversions are common in some cities, such as Oslo, Norway.

On January 17, 2017, with an inversion in play, Oslo banned most diesel cars for the day, the first time it had ever done so. Traffic was down by 30 percent, and the city estimated that air pollution levels were lowered by a quarter — even though the diesel ban had many exceptions. Large diesel-powered trucks, diesel taxis, police and other official cars, and cars taking patients to hospital were exempt. Six major throughways also remained open to diesel cars.

City councilors realized that a broader ban on diesel engines could improve Oslo's air quality dramatically. In June 2017, Oslo's city council decided it would squeeze cars out of the city center by banning parking spaces by 2019. It also committed to investing heavily in public transport, and prioritizing bicycle traffic on 60 kilometers (37 miles) of roads that currently prioritize car traffic. 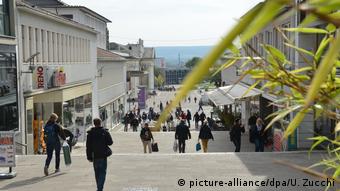 Mayors and city councils are increasingly realizing that quality of life is better when cities are designed around pedestrians and bicycles rather than cars. This pedestrian zone in Kassel was Germany's first pedestrian zone, dating from 1953

The Spanish capital is rich in gorgeous architecture, making it attractive to pedestrians. It already features many streets that ban cars other than emergency or delivery vehicles. But it's partly surrounded by mountains, which trap smoggy air over the city. Three-quarters of the smog comes from cars.

Urban planners are redesigning 24 of the city center's busiest streets to free them of car traffic. The push is on to make almost the whole of central Madrid a pedestrian zone within the next five years. Even before then, parking fees for high-emission vehicles will be higher than for low-emission vehicles, like electric cars. 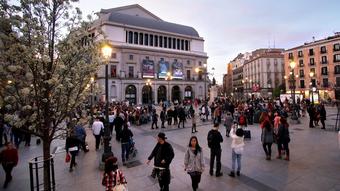 The pedestrian zone outside the Royal Theater in central Madrid. The Spanish capital is rapidly expanding its pedestrian zones, creating a more livable inner city

Gasoline or diesel engine cars will be banned from Paris starting in 2030. It has already banned diesel cars made before the year 2000, which produce more pollution than newer models.

The capital of Denmark is one of the most bicycle-friendly cities in the world. It began designating pedestrian zones in the city center in the 1960s, and has since built over 300 kilometers of bike-only roads. New bike roads are in development, reaching well out into the suburbs.

The goal is to make cycling into the center easier, more convenient and cheaper than driving a car. The rate of car ownership in Copenhagen is among the lowest in Europe. About half the city's workers bike to work every day — even in winter. 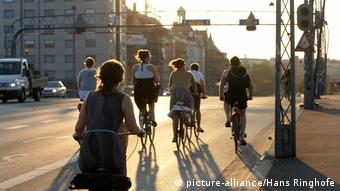 Copenhagen Mayor Frank Jensen said last October that he will soon propose legislation to ban new diesel cars from the city by the beginning of 2019. The rule won't apply to cars bought and registered by the end of 2018, and will leave out diesel vans and trucks.

Finland's capital has not proposed ban on diesel cars in the near future. Instead, it is banking on a 10-year plan to create a networked "mobility-on-demand" system that will integrate all forms of public and shared transport, from buses to driverless cars, to a point-to-point mini-bus service called Kutsuplus, to urban bike-shares, to ferries.

Everything will be accessible through a single smartphone app. The idea is to make the system so good that almost no one will use private cars, because it will be cheaper and more convenient to use the city's integrated mobility system. 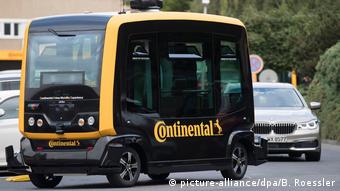 Norway's government has already spurred a boom in electric vehicle sales by means of generous subsidies and rules favoring their use. In 2017, the Scandinavian country announced it would prohibit domestic sales of new diesel and gasoline-powered cars as of 2025 — the earliest date for any such ban in the world.

Other countries, including France, Germany, India, and China, have said they would follow suit, although some have not yet established firm timelines. France has committed to a ban by 2040. India's government has said it plans to ban sales of new cars powered by internal combustion engines by 2030. India's future is electric, and so is China's. With those two behemoths paving the way, the rest of the world is likely to follow.

Germany's council of federal states, the Bundesrat, voted in favor of a non-binding resolution in October 2016 calling for a ban on sales of new cars with combustion engines by 2030, but Chancellor Angela Merkel has so far refused to set a firm date. 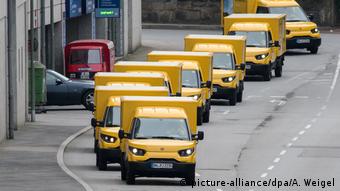 Germany's postal service had difficulties finding a supply of electric delivery vans, so it decided to begin manufacturing its own supply. Here, a line of "Streetscooters." Similar e-vans are likely to replace diesel vans in coming years

It won't be surprising if targets like these shift closer in time, as governments are likely to be surprised by the rapidity with which self-driving autonomous electric cars reach technological maturity, according to Tony Seba, a professor of economics at Stanford University.

"We are on the cusp of one of the fastest, deepest, most consequential disruptions of transportation in history," Seba wrote in a 2017 report entitled "Rethinking Transportation 2020-2030," adding that "internal combustion engine vehicles will [soon] enter a vicious cycle of increasing costs." 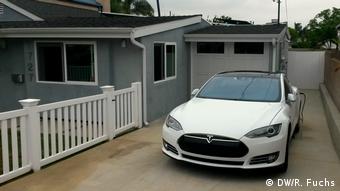 A Tesla electric vehicle charging in Silicon Valley, where the future is being designed

The tipping-point will come within the next few years, as the ranges of electric vehicles in normal driving conditions surpass 300 kilometers, and electric car prices in the US drop below $30,000 (€24,000), Seba's report said. By 2022, low-end models could be priced below $20,000. After that, the trend toward EVs will become an avalanche. People will run out of reasons to buy combustion-engine cars. EVs will simply be better and cheaper.

How do electric cars work?