Germany and five other EU countries are facing fines for breaking the law on air pollution. The European Commission is taking them to court — which could get expensive. 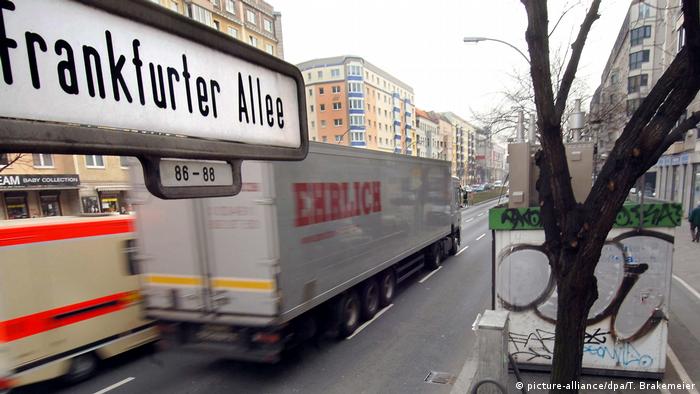 The EU introduced limits for particulate matter (PM10) and nitrogen dioxide (NO2) in 2010.But many member states regularly have air pollution far beyond these limits, especially in major cities.

The German city of Stuttgart, for instance, has recorded levels of 82 micrograms of NO2 per cubic meter of air — that's twice as much as the allowed threshold of 40 micrograms. 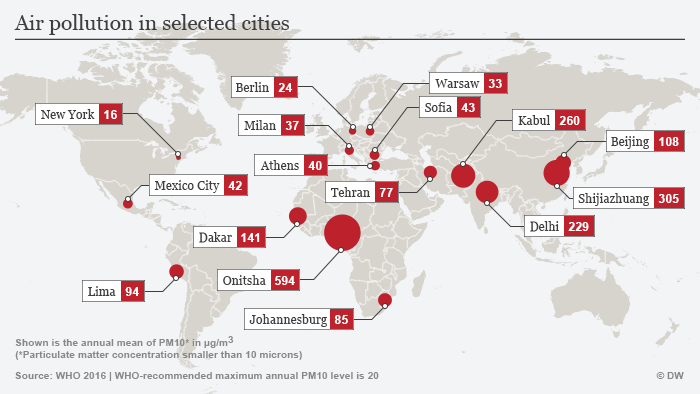 The environment ministers got a chance to make their case in January 2018, after being summoned to Brussels by the EU's Commissioner for Environment Karmenu Vella.

German Environment Minister Barbara Hendricks was among those who had been called, after receiving a warning letter.

"It's very good that Vella has summoned the ministers to Brussels and put pressure on them," said Anne Stauffer, of the Health and Environment Alliance, an umbrella organization of environment and health organizations concerned with the health effects of environmental changes in the EU.

This problem has been known for a while, she added — what has been lacking is the political will to actually do something about it.

The European Commission addressed a dozen EU member states at the beginning of 2017, among them Germany, warning them to stick to EU limits. They are now potentially facing fines. How to deal with curbing air pollution was entirely up to the individual nations to decide, European Commission spokesperson Enrico Brivio told DW.

"It's not up to us to dictate actions to be taken," he said.

In a letter sent to Vella on January 9, which DW has obtained, Germany's environment and transport ministries laid out plans to curb emissions: An "immediate action program for clean air 2017 to 2020" is supposed to do the trick.

This scheme would see public buses running on diesel fuel be equipped with exhaust-scrubbing systems, more charging points for e-cars, and overall strengthening of e-mobility.

The possibility of free public transport has also been floated.

But, as many environmentalists had expected, Germany's plans did not convince the commission.

Although the program will have long- or medium-term effects, it won't ease pollution levels right away, Jens Hilgenberg of Friends of the Earth Germany (BUND) said. In order to stay within the limits, Germany would have to change technical components, or incentivize a change in its citizens' behavior, he added.

Experts agree these high nitrogen oxide levels in Germany and other countries like France are due to cars running on diesel. Diesel trucks already have exhaust-scrubbing systems that actually work — as opposed to those in cars.

"It's really important to force car makers to improve the new Euro 5 and Euro 6 diesel models," she said. Many of these cars have been the most egregious emissions violators. 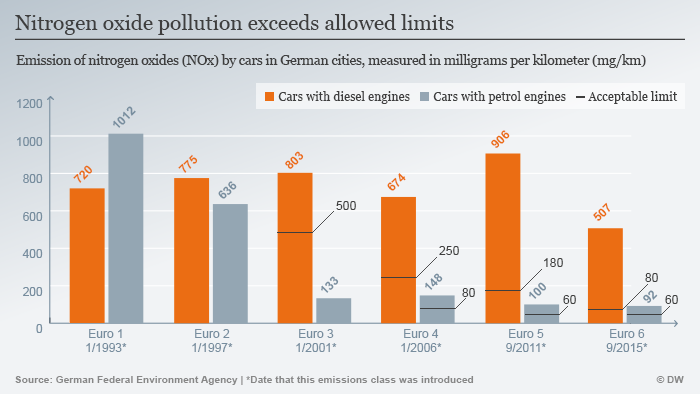 "They have to refit these cars, or take the models off the market where that's not possible," she added.

If Germany committed to such measures, this would have huge positive effects on air quality in all of Europe, Poliscanova added.

"[Germany has] the largest automaker industry, and they also certify most of the cars for the EU market. They have the power to actually change something," she told DW, adding it was just a question whether the German government had the courage to stand up to the auto industry.

If one were to decide against retrofitting, then a ban on driving diesel cars should be put in place, BUND's Hilgenberg said.

'Germany should lead by example'

It's clear these changes won't happen overnight, said Stauffer of the Health and Environment Alliance, "but it's important the commission now gets the point across that this foot-dragging exercise is not going to work."

The commission had, for instance, repeatedly pointed out that diesel should not be subsidized to be made cheaper than regular gasoline, said Dorothee Saar of the group Environmental Action Germany (DUH).

This difference in price encouraged many citizens to buy a diesel car instead — which translated to even worse air quality.

German politicians have been dragging their feet on such policies. "But an economically strong country like Germany should lead by example," said Saar.

Germany pays up — and that's it?

Possible fines, ordered by the court, may add up to several thousand euros per day.

Stauffer doesn't believe Germany will take its chances. Until now, with similar infringement proceedings, there haven't been any fines — because the proceeding itself was enough to push for changes. "At least the public is now upping pressure by saying, 'Enough is enough!'"

Humans were exposed to the toxic fumes in experiments requested by a group funded by German carmakers, according to media reports. The shocking revelation came after tests on monkeys became public over the weekend. (29.01.2018)