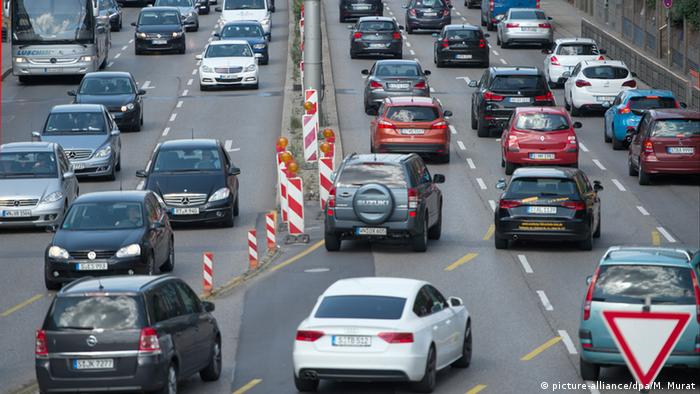 German newspapers have called Stuttgart "the German capital of air pollution." Comparisons were made to Beijing, China's megacity capital that has been making headlines for months over air pollution problems.

And indeed, Stuttgart is the German city where the concentration of fine particulate matter in the air exceeds the legal limit on more days per year than any other German city. In 2014, that amounted to 64 days.

Now, air quality has become so dangerous to human health that authorities on Monday (18.01.2016) issued Germany's first-ever air pollution alert,asking citizens to abstain from driving, and carpool or use public transport instead.

By mid-week, that request hasn't resulted in any improvement.

Stuttgart's mayor, Fritz Kuhn - of The Greens - told German media on Monday that the alarm had not affected traffic in the city so far.

On Tuesday, concentration of fine particulates (smaller than 10 microns in diameter) in the air was more than twice as high as the European Union's threshold value. 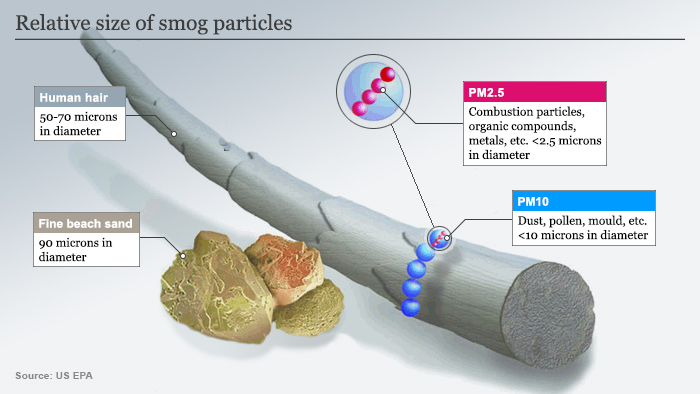 Other cities in the world have imposed a ban on certain vehicles when air quality takes a turn for the worse.

Paris, for example, banned half of all cars from the road for some time in 2014 to try and improve air quality. Cars with odd-numbered or even-numbered license plates were allowed on the streets on alternating days.

London has introduced a "congestion charge" for driving a vehicle in the city during the day on weekdays.

On the Asian subcontinent, New Delhi recently banned all diesel cabs from the city in an effort to reduce air pollution.

German authorities, in contrast, stressed that people should drive less on a voluntarily basis to improve the air quality in their cities.

"If that is not enough, we'll have to think of something else," Baden-Wurttemberg State Premier Winfried Kretschmann told German media, adding that bans and orders should be used sparingly.

Mayor Kuhn said he thought it was a good approach to persuade citizens to take voluntarily part in reducing traffic.

But a driving ban might be introduced in 2018 if things didn't improve, Kuhn added. 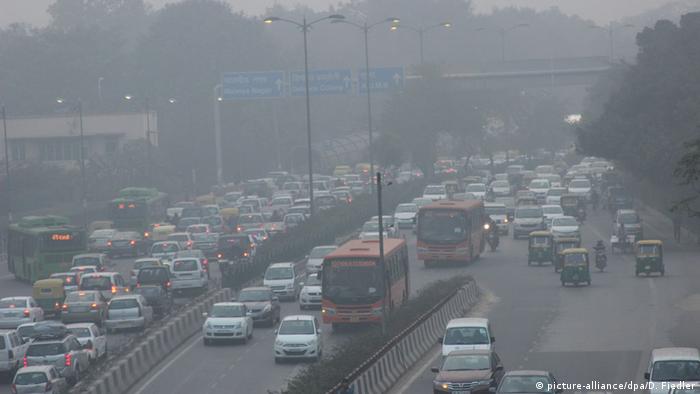 Delhi struggles with a fully different dimension of air pollution

"Air quality in Stuttgart has been the worst in Germany for 10 years," he said. In 2015, air quality was even worse compared to 2014, he pointed out. Resch criticized the voluntarily measures the city has introduced, which are supposed to run for two years.

Many commuters don't use their car because they want to, but rather because they have to, Daniel Moser - a traffic expert at Greenpeace - told DW.

"People in Stuttgart's surrounding areas are dependent on their cars - they often have no alternative," he said, adding that politicians are responsible for improving public transport.

According to Resch, authorities' recent measures have even worsened the situation.

"They installed a huge parking lot on the outskirts of Stuttgart, with buses for commuting into the city center," Resch said. But this is not being used, he added. "The buses are empty - emitting even more fine particulates."

"It is time to act," Moser stressed.

Environmentalists like Resch believe diesel vehicles should be banned from the city - "with only a few exceptions - public buses, for example."

To protect the health of residents, they believe only diesel buses that comply with strict "Euro 6" emission values - which are compulsory in some countries, but not in Germany - should be allowed into the city. 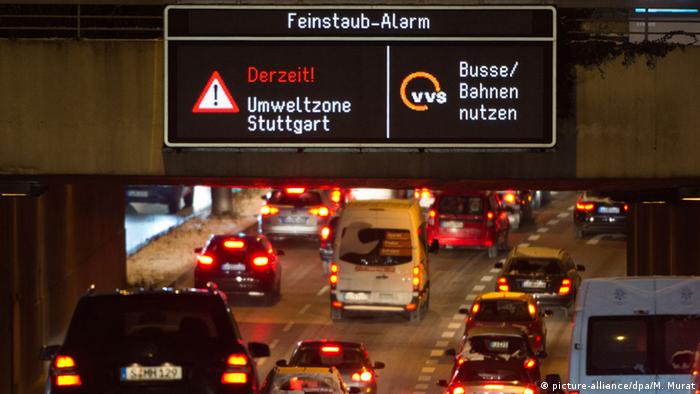 Traffic in Stuttgart continues to flow despite the particulate alert

But how can it be that Germany of all countries - seen internationally as a forerunner in environment protection - can't seem to get a grip on its air pollution?

According to Resch, German authorities shy away from bans and laws because "they are scared of the car industry."

Stuttgart is often referred to as a "car city," with carmakers Daimler and Porsche both headquartered there.

"Germany only has a green image because the air pollution is even worse in other countries," Moser said.

Stuttgart's air quality threatens human health there for more than 60 days every year.

On average over a year, though, air quality in Stuttgart is much better than in many cities around the world - such as Beijing, Delhi or even Rome. 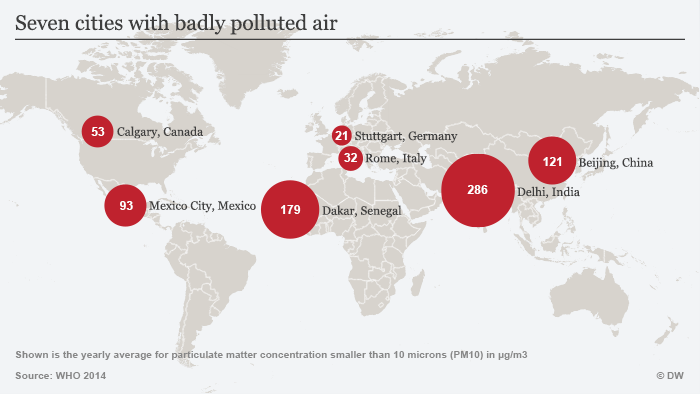 According to EU law, cities may not exceed the yearly average threshold value of 40 micrograms per cubic meter for more than 35 times a year. Like Stuttgart, other German cities such as Leipzig violate this standard.

Environmental organizations including Deutsche Umwelthilfe have launched lawsuits against states in Germany to try and force them to comply with EU air pollution laws.

Improvement is in sight for Stuttgart - in the form of rain forecast for the weekend.

Stuttgart lies in a basin. Depending on the weather, air pollution from exhaust can accumulate over the city. This is what led to the recent fine particulate alert.

When it rains, the water droplets bind with the tiny particulates in the air, washing them into the city's drainage.

That is, until the smog builds up again.