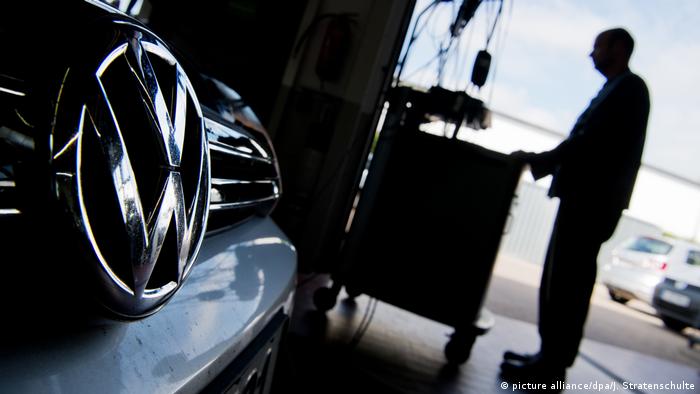 Monkeys were crammed into small rooms into which nitrogen dioxide was channeled. And humans too were exposed to higher levels of the same gas. The experiments were done on behalf of or sponsored by a research group of the German auto industry. This certainly conjures up terrible memories in the minds of many people who may think of the gas chambers in Auschwitz-Birkenau and elsewhere. Or they may think of the Nazi's T4 campaign during which 70,000 handicapped people were gassed. In short, memories of the darkest chapter in German history.

Who would have thought that Germany's showcase industry could fall even deeper after Volkswagen's emissions-cheating scandal that started in the US and has since spread to other carmakers; or after revelations about massive collusion among German carmakers uncovered by Der Spiegel magazine last summer?

Of course, you have to get all the details first to be able to assess what exactly happened to the humans involved in the tests (healthy people who were exposed to elevated levels of nitrogen dioxide in their offices for three hours — levels that were not nearly as high as those near streets with busy traffic).

But the tests on monkeys were just despicable and stupid. When the tests were conducted back in 2015, the car industry was already in turmoil, with carmakers trying to avoid the gallows as the "dieselgate" scandal was just starting.

Following the most recent scandal, one thing was obvious: The well-rehearsed rituals of the carmakers work well. Daimler was quick to say it was shocked by what happened with auto industry funds," adding the company distanced itself from the incident. BMW voiced its indignation too, adding it rejected animal tests in general and that such tests would have to stop.

A bit later, Volkswagen added its bit, offering an apology for the misconduct of a very few people. And all of them are now intending to launch inquiries into how it could have happen at all.

Mendacity from Wolfsburg to Stuttgart

How could this happen? What a silly question. It was those three carmakers plus auto parts supplier Bosch which back in 2007 founded the European Research Group on Environment and Health in the Transport Sector (EUGT). It could be seen as lobby group for the clean-diesel campaign of the German carmakers, hidden under a veil of science. EUGT commissioned the tests in question. It also supported the tests on humans in Aachen, which originally weren't meant for the auto industry, but was exploited by the latter as the test subjects were found to not have reacted to the nitrogen oxide they inhaled, according to the group's report.

High-profile executives from car companies were on the board of the research group. But in line with the emissions-cheating scandal, we will most likely hear that the news about the tests had not reached the big shots back then. There will most likely be a scapegoat again like former VW manager Oliver Schmidt, who was put behind bars in the US. The rest will wash their hands of responsibility. After all, German carmakers are really good at cheating and camouflaging.

What's strange, though, is that customers don't seem to care about it. It was a bumper year for Volkswagen in 2017. Daimler too is basking in splendid sales figures. And in large German cities, people still live near streets with levels of air pollution that not a single monkey or human was exposed to in the tests commissioned by EUGT.

Texas: Over 40 people found dead inside truck 1h ago

US: Passengers killed after train derails in Missouri 2h ago