As the Paris Motor Show opens, it's the Paris climate accord on the mind of Germany's Greens. They're calling for a stop to all new petrol and diesel cars in Germany starting in 2030. The industry does not approve. 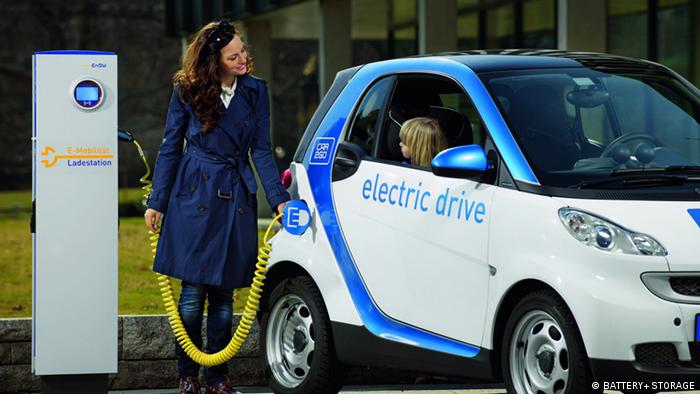 How to accelerate the German car industry's transition away from fossil fuels and towards CO2-free motoring? For the Greens, the answer's simple: set a deadline. A new party paper, to be discussed at its conference in November and seen by DW, calls for a stop to all new petrol and diesel motors on German roads as of 2030.

Saying that automotive policy has been "lagging behind" progress made in other areas like energy production, the Greens argue that Germany's car industry will only have a future "if it develops cars that are clean and quiet and no longer emit carbon dioxide."

Road trip with an e-car

"We Greens want Germany to step into the lead and define the year 2030 as the point after which no new car with an internal combustion engine is given a registration," the party's paper says.

Green's co-leader Simone Peter led the charge on Thursday - also the opening day of the 2016 Paris Motor Show - saying that VW's so-called Dieselgate scandal showed how the time had come to put the brakes on traditional vehicles.

"Since Dieselgate and the Paris climate accord, it's been clear that the internal combustion engine is a dying breed. The switch to climate-friendly electric motoring, powered by renewable energy, is overdue," Peter told the dpa news agency, before taking to Twitter to demonstrate her own family's longstanding green motoring credentials.

"I enjoyed riding in my father's solar car as many as 20 years ago - 100 percent powered by sunshine from the roof," Peter tweeted. 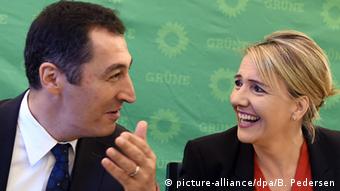 The Greens' paper also stresses the importance of more electric buses and taxis, an improvement of public transport services to allow people to forego owning their own vehicle altogether, and it also suggests a road taxation system more closely tied emissions - including penalties for "gas guzzlers" and discounts for cleaner cars.

Bold vision or a non-starter?

Even by ecologists' standards, the Greens' proposed timetable seems ambitious. In August, for instance, an EU strategy paper on low-emission mobility stated that transport in the EU still depends on oil for about 94 percent of its energy needs. That paper argued that zero and low-emissions vehicles should "gain significant market share by 2030," suggesting incentives on both the supply and demand sides to make this happen. The paper also noted that "in road transport, further improvements in the combustion engine will continue to be needed."

Volkswagen's i.D is its electric ego

Scandal-plagued German carmaker Volkswagen is sparing no effort to electrify at the Paris Motor Show. But its emissions tests scam is still making for a highly charged atmosphere, reports Janelle Dumalaon. (28.09.2016)

EU has learned from Volkswagen scandal, says US emissions chief

The US environment agency's transparency has helped authorities uncover corrupt practises like the emissions manipulation by Volkswagen. The agency's head spoke to DW about how things worked in his organization. (26.09.2016)

In a significant blow to Audi, the luxury car brand's head of technical development has quit after he was accused by German media of being involved in Volkswagen's diesel emissions cheating scandal. (26.09.2016)

The German government in Berlin currently aims to bring 1 million electric cars onto the roads by 2020, and 6 million by 2030 - in a country with roughly 45 million cars in total (excluding heavy goods vehicles). Federal money has been set aside for research projects, while further subsidies for people buying electric cars are under discussion, as are plans to provide more charging stations around the country.

Germany, home to some of the world's most prolific carmakers in Audi, BMW, Mercedes, Opel, Porsche and VW, has been slow to embrace e-mobility. Electric cars have a market share of roughly 1 percent in Germany, compared to 23 percent in Norway, one of the world leaders in the field. Furthermore, German carmakers are broadly perceived to be falling behind rivals in China, Japan and the United States in developing electric vehicles, although Opel's new all-electric Ampera and BMW's growing range of "i" models are taking center stage in Paris.

The country's automotive lobby group, the German Association of the Automotive Industry (VDA), criticized the Greens' proposal. Eckehard Rotter, head of the press department at the VDA, told DW in an email that it did make sense to keep "realistic timetables" in mind. 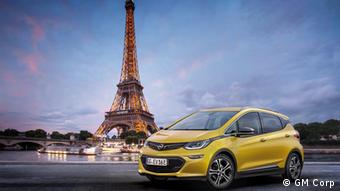 Opel's all-electric Ampera is a relative latecomer to the market, and will only be rolled out in certain markets

"If today - for political reasons - the 'demise of the combustion engine' is demanded for the year 2030, then that makes no sense in terms of climate policy, industrial policy or social policy," Rotter wrote. "Even companies who are setting very ambitious targets for electro-mobility are working on the assumption that in 2030, around two thirds of new cars will either run internal combustion engines or hybrid power. It's by selling these vehicles with 'classic drivetrains' that the companies have to finance the costly investments in alternative propulsion systems."

There are major benefits to electric cars for ordinary road users: an end to costly stops at the petrol pumps, a near-silent ride, substantial discounts on costs like road taxes in many countries and often a discount on the sticker price of the car itself.

However, two drawbacks in particular are liable to deter consumers considering an electric vehicle: the cost of purchasing the car and the range it can travel before its battery pack needs to be recharged - a process that can take hours or even a full day.

On the subject of cost, Nissan's 5-seater, all-electric Leaf, the world's most popular electric car, starts at 23,365 euros ($26,203) in Germany for owners who renting the battery pack at a cost of 79 euros per month or more. The sticker price is just under 30,000 euros for people who choose to purchase the battery pack outright - though they run the risk of additional costs down the road if the costly battery needs replacing.

Nissan does not manufacture a petrol-powered Leaf for direct comparison, but the broadly comparable Nissan Note starts at 13,990 euros - with the most expensive models still cheaper than the entry-level Leaf. A price gulf of 10,000 euros will make many consumer think twice and price some out of the market altogether, regardless of potential future savings on their fuel bills. 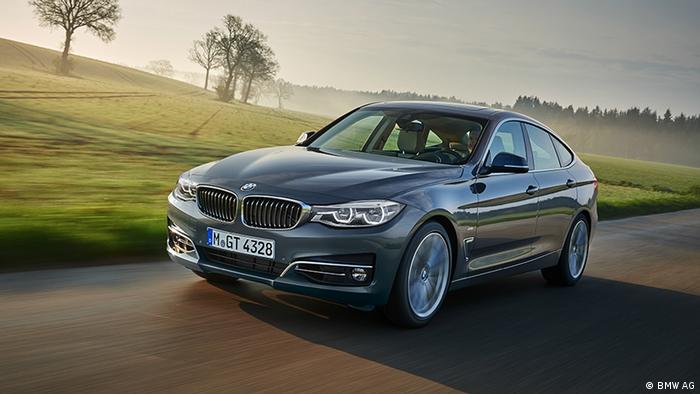 German marques' reputations for luxury, speed and long-distance highway runs could be tough to reconcile with electric motoring

Driving range, meanwhile, is the other potential drawback for would-be electric car buyers, especially those who occasionally need to travel longer distances. Progress has been rapid, however, with French manufacturer Renault unveiling a new 400-kilometer (248-mile) battery for the Renault Zoe at the Paris Motor Show. As they put it in this promotional video, that's far enough to get you to space.

But even if VW's German automakers were to be seen driving the French car, the battery wouldn't be able to make the roughly 450-kilometer trip from their headquarters in Wolfsburg to Berlin and back on a single charge. And that's a ride VW executives might be particularly familiar with since Dieselgate.

E-car concepts set to steal the show in Paris

Europe's first auto show of the season is kickstarting in Paris on Thursday. Most automakers are showcasing their e-cars at the event. DW takes a look at some of the models and concept cars. (28.09.2016)