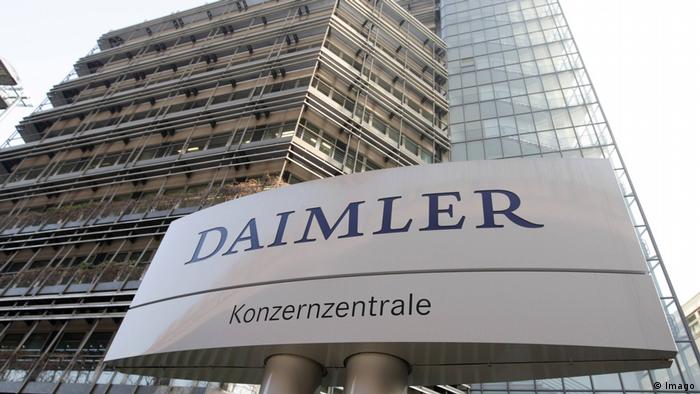 Prosecutors in the southern German city of Stuttgart confirmed Tuesday they had searched about a dozen locations associated with the maker of Mercedes-Benz cars. The raids came as a result of the company being suspected of fraud and misleading advertising in relation to the selling of diesel-powered vehicles.

Prosecutors have yet to provide further details on the raids. They only said the raids were carried out by well over 200 investigators across the country, with the focus of the search in progress on locations in the states of Baden-Württemberg, Lower Saxony, Saxony and the the city state of Berlin.

The carmaker said the investigations targeted "known and unknown employees of Daimler AG over suspicion of fraud related to the possible manipulation of exhaust gas emissions in passenger cars with diesel engines."

Daimler executives said they were not aware of any emissions scandal, adding that they were fully co-operating with investigators.

The automaker had earlier agreed with Germany's Federal Motor Transport Authority KBA) to "voluntarily" recall 247,000 vehicles to remove "potentially problematic technology," which Daimler said had been installed to prevent engines from being damaged.

Daimler has also been in the crosshairs of prosecutors in the US where it faces a number of class-action suits by car owners who have accused the company of not being accurate in stating emissions levels for a number of its diesel-powered models.

VW not the only culprit?

It's understood that the Daimler probe is part of a wider investigation into potential emmissions-cheating scams that was triggered by domestic rival Volkswagen.

The latter was forced to admit in September 2015 that it installed so-called defeat devices in a total of 11 million cars globally to manipulate emissions test results in the laboratory.

Daimler had recently announced fresh plans to increase its efforts to become a major leader in e-mobility by offering 10 all-electric models by 2020. On Monday, the automaker broke the ground on a new e-battery production plant in Kamenz, Germany, saying that producing ones own e-batteries would be crucial in standing one's ground against fierce competition in the sector from Tesla in the US and other emerging players.