The promise follows revelations that German automakers funded studies in which humans and monkeys inhaled diesel fumes. Volkswagen has placed its chief lobbyist on leave following the reports. 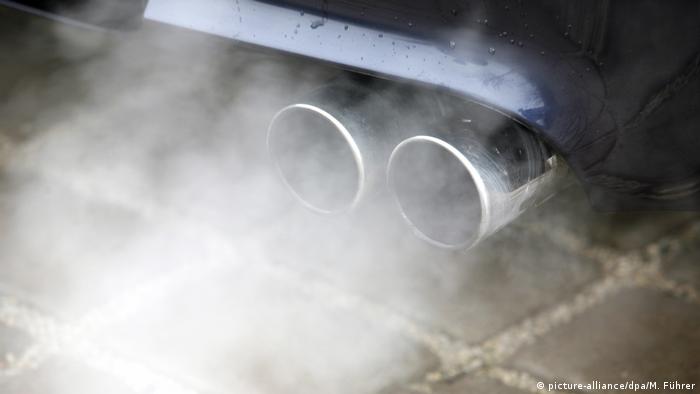 On Tuesday, Volkswagen's chief lobbyist said the auto giant would stop testing its products on animals. The statement came in the wake of a major scandal that revealed that the effects of diesel fumes were tested on monkeys and humans in a study funded by German automakers.

"We want to completely eliminate animal testing in the future so that something like this doesn't happen again," Thomas Steg told the Bild daily.

Later on Tuesday, VW announced that Steg was being put on leave until further notice.

An explosive report published by The New York Times last week exposed a 2014 study carried out by the now-defunct European Research Group on Environment and Health in the Transport Sector (EUGT). It was followed on Monday by reports in the Süddeutsche Zeitung and Stuttgarter Zeitung that those tests had also been carried out on humans.

Funded by Volkswagen, Daimler and BMW, research was carried out at Aachen University Hospital into the health effects of "short-term nitrogen dioxide inhalation by healthy people."

Following the report, Aachen University Hospital released a statement saying the experiment was "extremely sensitive," and was carried out to optimize safety for truck drivers, mechanics and welders.

More invasive experiments commissioned by the EUGT on behalf of the auto firms had 10 monkeys sitting in airtight chambers inhaling the exhaust of a VW Beetle.

The study was reportedly financed by the car industry to defend diesel following revelations that the fumes were carcinogenic.

Volkswagen has promised an inquiry into the scandal.

"I will do everything possible to ensure that this matter is investigated in detail," said the chairman of Volkswagen's supervisory board, Hans Dieter Pötsch.

Germany's Greens in the Bundestag have promised to take up this matter with the administration of Chancellor Angela Merkel.

"We call on the federal government to clearly state how much they knew about the unsavory practices of the auto industry and how much public money financed them," Greens parliamentary leader Britta Hasselmann said.

This is the second time in recent years that diesel cars have been at the center of a major scandal. In 2015, the US Environmental Protection Agency published findings that Volkswagen had programmed software in its diesel cars so that they would pass emissions tests despite not meeting environmental regulations.