No experiments on animals or humans can take place in Germany without a go from an authorized ethics committee. Dr. Thomas Kraus from Aachen University Hospital says this was the case in the most recent NO2 scandal. 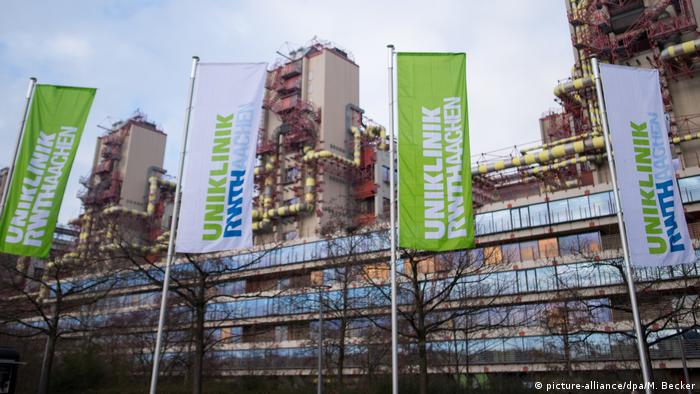 The European Research Group on Environment and Health in the Transport Sector (EUGT) "did not impinge in any way on the nitrogen dioxide (NO2) research it commissioned Aachen University Hospital to do," Professor Thomas Kraus from the hospital told the German press agency DPA on Monday.

The EUGT is a now defunct organization that was funded by German carmakers Volkswagen, Daimler and BMW plus partsmaker Bosch, thus raising questions of possible conflicts of interest.

Read more: Opinion: Is the German car industry going from bad to worse?

In 2013, 25 healthy volunteers were exposed to NO2 pollution for three hours, Kraus said. "None of them had any negative health effects," he went on, adding that the tests were meant to measure the impact of pollutants in the workplace.

Intrigues in the auto industry

Intrigues in the auto industry

Since 2010, an annual average of 40 micrograms NO2 per cubic meter of air must not be exceeded, according to EU regulations. Nonetheless, professional drivers and people who live or work on busy roads are particularly prone to suffer from heavy nitrogen oxide pollution, according to Kraus.

The ethics committee of Aachen University Hospital – a self-regulating body – consists of physicians, a lawyer with qualifications as a judge, a pharmacist, an ethicist and a patient representative. Most are employees of the university.

This kind of composition for university ethics committees is normal, Professor Bert Heinrichs, from the Institute for Science and Ethics at the University of Bonn, told DW. "The commission was completely independent in arriving at its decisions, in particular from those that financed the research," he said.

"Ethics committees can impose their own conditions and refuse to do research, so there is no immediate dependency," he said. "To the best of my knowledge, these commissions are very conscientious. The system of German ethics committees has proved itself in recent decades and is really a good and recognized one," Heinrichs said.

In the case of these experiments, however, an air pollutant but no medically active substance was used on the subjects. "That makes the case a bit more complicated and it is therefore not comparable with a drug-compatibility study," Heinrichs said.

"Of course, the doctor is a doctor and thus committed to the well-being of the patient, but in this specific situation he appears as a researcher – as a scientist. It is very important that he makes that clear to the subject."

“The Aachen ethics committee would have had good reasons to accept the research project, but it was unusual that an environmental toxin would be tested on a human, even if a threat was very unlikely. Human trials are usually about drug trials. Of course, one wonders, was it really worth it?" Heinrichs asked.