German carmakers have condemned experiments they paid for that exposed monkeys to toxic diesel fumes. VW also apologized for a lack of judgment in a further case connected to the Dieselgate emissions scandal. 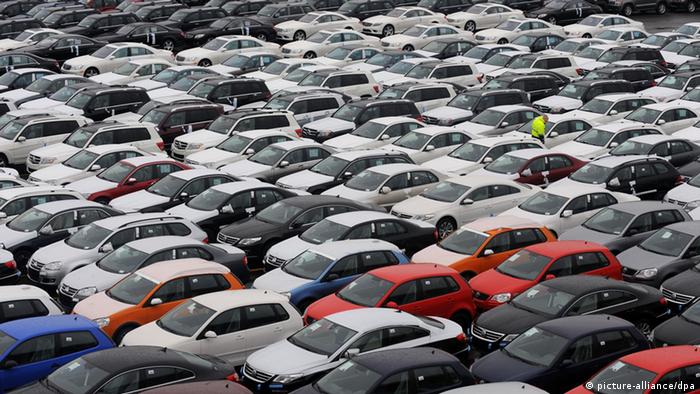 German carmakers used the European Research Group on Environment and Health in the Transport Sector (EUGT) to commission a study with the aim of defending the use of diesel, according to a report in The New York Times on Friday.

Volkswagen, Daimler and BMW provided all of the funding for the EUGT, which was established in Berlin in 2007 and disbanded in June 2017.

The Lovelace Respiratory Research Institute (LRRI) in the US state of New Mexico was commissioned by the EUGT to design an experiment in which 10 monkeys squatted in airtight chambers, inhaling fumes from a diesel VW Beetle as cartoons were shown on a screen, according to The Times. The car used in the experiment was equipped with illegal cheating software, according to the report.

The EUGT research started in 2014 and was designed to counter a 2012 decision by the World Health Organization to classify diesel exhaust as a carcinogen, The New York Times reported.

"Volkswagen Group explicitly distances itself from all forms of animal cruelty. Animal testing contradicts our own ethical standards," VW said in a statement issued on Saturday. "We ask forgiveness for this bad behavior and for the poor judgment of some individuals.

"We are convinced that the scientific methods chosen at the time were wrong," VW added. "It would have been better to forgo such a test from the very beginning."

The findings of the study, which ended last year, have not been published, VW said.

The state of Lower Saxony, a major VW shareholder, issued a statement demanding full disclosure about the tests and assurances they never happen again.

"Letting 10 monkeys breathe in car emissions for hours to prove that there has been a reduction in the amount of poisonous emissions is horrid and absurd," state Premier Stephan Weil said.

BMW said it did not carry out experiments involving animals and had taken no direct role in the study. "The BMW Group in no way influenced the design or methodology of studies carried out on behalf of the EUGT," the Bavarian automaker said in a statement.

Daimler, which owns the Mercedes-Benz brand, distanced itself from the study and said it was carrying out a review to find out how the experiment had been commissioned.

"Daimler does not tolerate or support unethical treatment of animals," the Stuttgart carmaker said. Such an experiment was abhorrent and superfluous, it added.

Despite the Dieselgate emissions scandal, the German carmaker says it sold a record number of vehicles last year. But VW's growth in Western Europe was more sluggish than in the rest of the world. (17.01.2018)