Rupert Stadler, who ran Audi until 2018, was arrested last year for his involvement in the "Dieselgate" scandal. Prosecutors allege Stadler allowed the sale of vehicles after he was made aware of emissions cheating. 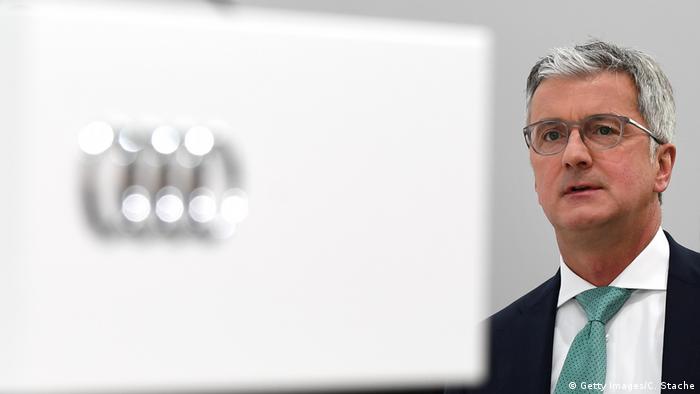 It is alleged that Stadler was partly responsible for Audi's decision to sell diesel vehicles with illegally manipulated emission values, which allowed the company to cut costs while cheating on regulators' tests.

In a press statement, prosecutors said the former Audi boss knew about the emissions manipulation at the end of September 2015 at the latest, but nevertheless allowed, or failed to prevent, the sale of affected Audi and Volkswagen vehicles.

Stadler's lawyer said that he would fight the charges, adding that he will issue a statement after comprehensively studying the allegations.

Two engineers and a former manager also face charges of knowingly selling cars for Audi, Porsche and Volkswagen fitted with "defeat devices." The prosecution estimated that over 400,000 such vehicles were sold, mainly in the US or European markets.

Defeat devices are software that allow vehicles to appear to be meeting regulatory emissions requirements under lab conditions, when they actually produce many times more harmful gases.

Prosecutors must now decide if Stadler and the other defendants will stand trial. Courts in Braunschweig and Munich are investigating 69 individuals whom they believe may have been involved in the scandal.

An Audi spokesperson said it was in the company's interest to clarify the issues that led to the diesel crisis. "Until this has happens, the presumption of innocence must prevail," he said.

Read more:Dieselgate: Four Audi managers charged in the US over emissions scandal

The scandal came to light in 2015 when it was found that Volkswagen fitted its diesel cars with the "defeat devices." These made it appear that the vehicles were producing fewer emissions than they actually did.

They were able to keep to legal restrictions on diesel emissions in test phases, despite emitting much more than is allowed. Former VW boss Martin Winterkorn had charges brought against him in April this year.

Senior executives at Audi and Porsche, which are owned by the Volkswagen group, also face huge fines over their knowledge of and participation in the affair.

Audi was fined €800 million ($892 million) in October over the Dieselgate scandal. It is estimated the scandal has cost the company around €3.4 billion since 2015.

Investigators pursued Audi over V6 and V8 engines it built into its own vehicles, VW's own-brand cars and models from fellow subsidiary Porsche as well as over Audi vehicles fitted with cheating VW-built engines.

In total, the case dealt with almost 5 million cars worldwide, built between 2004 and 2018.

When bosses take a tumble