The German premium carmaker has moved rapidly to fill the gap left by chief executive Rupert Stadler, who was detained on Monday in connection with his role in Audi's emissions-cheating scandal in the US and Europe. 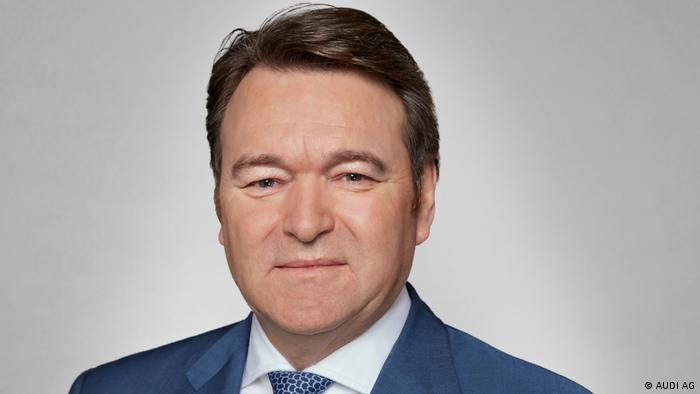 Audi has named Bram Schot as interim chief on Tuesday, replacing CEO Rupert Stadler, who was detained on Monday on fraud charges, in connection with the emisssions-cheating scandal at Audi's parent company Volkswagen. The 56-year-old Netherlands-born manager was previously at the head of Audi's sales and marketing division.

"The supervisory board of Audi AG has decided to transfer the duties of the board of management chairman (chief executive) to Abraham Schot on a temporary basis with immediate effect," the German carmaker said in a statement, adding that it had complied with Stadler's request to be temporarily relieved of his duties.

Stadler had headed Audi for 11 years and was the first senior executive to be detained in the Dieselgate scandal. On Monday, prosecutors in Munich said that Stadler had appeared before the investigating judge, who ordered him to be remanded in custody.

"The arrest warrant is based on concealment of evidence," Munich prosecutors said, adding that Stadler had denied any involvement.

The Audi probe: Audi has been accused of having sold at least 210,000 diesel-engine cars fitted with cheat software in the US and Europe, starting in 2009. The luxury carmaker is also being investigated for allegations of fraud and illegal product promotion. The investigation is looking into 20 Audi employees.

Stadler under investigation: Munich prosecutorsannounced on June 13 that the Audi CEO and another unnamed board member were now part of the investigation. Authorities then carried out a search of Stradler's home. Stadler has been an Audi board member since 2003 and has held its top managerial spot since 2007, two years prior to the alleged emissions-cheating activities.

Volkswagen's scandal: Volkswagen (VW) admitted in 2015 that it had used illegal software to cheat on emissions tests in diesel engines. Audi followed its parent company's admission two months later. VW has not commented on his alleged involvement, but in its 2017 annual report, the carmaker said that the decision to install illegal "defeat device" software was made by individuals below the management board level in 2006.

How the scandal has affected Germany: The Dieselgate scandal has prompted a lengthy investigation, heavy fines, profit losses and numerous recalls. Consumer confidence has suffered, with diesel cars seeing a decline in sales. Adding to the industry's woes, a landmark ruling by a German court deemed it permissible for cities and communities to implement bans on old diesel. Hamburg became the first city last month to implement such ban.

Martin Winterkorn said he knew nothing about VW's manipulative software that allowed the company's diesel cars to cheat on emissions tests before revelations broke in 2015. The US disagrees and is seeking his arrest. (05.05.2018)

German luxury carmaker Audi has admitted it has detected irregularities in the emissions controls of recent models. It halted all deliveries of the cars affected in the latest twist of the Dieselgate scandal. (08.05.2018)