Martin Winterkorn said he knew nothing about VW's manipulative software that allowed the company's diesel cars to cheat on emissions tests before revelations broke in 2015. The US disagrees and is seeking his arrest. 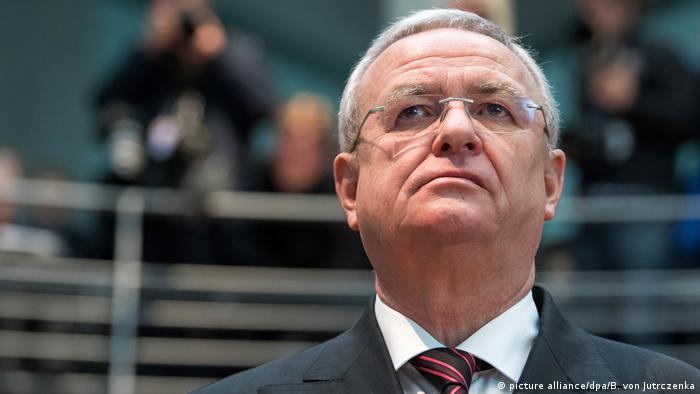 US authorities have issued an arrest warrant for Martin Winterkorn, the former Volkswagen chief executive charged for his involvement in the German car maker's 2015 diesel emissions scandal.

An unidentified source in the US Justice Department told news agency dpa on Friday about the warrant.

Winterkorn resigned in September 2015 shortly after it was revealed that VW had installed software on its diesel-engine cars that lowered the car's emissions during environmental tests.

Qestions about management role in Dieselgate

On Thursday, a federal grand jury in the US unveiled an indictment that included four charges against the former VW executive. In total, Winterkorn faces four felony counts, including conspiracy to defraud the United States, wire fraud and violating the Clean Air Act.

The indictment alleges that Winterkorn was twice informed about the manipulation — once in May 2014 and again in July 2015 — and decided to continue the practice anyway.

The allegations contradict Winterkorn, who at the time of his resignation said he had not known about the manipulative practices before it became public.

On Friday, German prosecutors said the US charges would not affect their separate investigation into whether VW executives, including Winterkorn, committed fraud and market manipulation. Prosecutors said however that they were working closely with their US counterparts.

Winterkorn is unlikely to face trial in a US court because Germany follows a policy of not extraditing its citizens.

Winterkorn's lawyer said his client would respond to the US charges "in due course."