Volkswagen to spend €60 billion on switch to electric cars 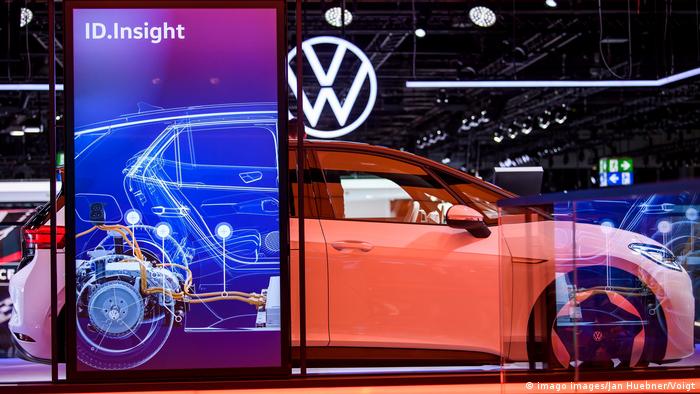 German car giant Volkswagen announced on Friday that it will invest €60 billion ($66.3 billion) in the next five years in digitization as well as producing more electric and hybrid vehicles.

The sum bolsters funds earmarkedfor the company's shift to electric-powered cars, weighing in at  €16 billion more than was previously announced.

VW is "focusing our investments on the future of mobility," chairman Hans Dieter Pötsch said in a statement.

The company's supervisory board approved the sum on Friday, saying that the money would be spent between 2020 and 2024.

"In light of the worsening economic situation, we are also working on increasing our productivity, our efficiency and our cost base so as to secure meeting our targets," chief executive Herbert Diess said.

The company says it will particularly focus on converting its plans to producing completely electric vehicles.

Three plants in Germany are due to be completely converted, while plants in China and the United States will be either fully or partially converted.

VW also increased the number of electric cars it says it wants to roll out over the next decade, including 75 completely electric models and around 60 hybrid vehicles. Previously, the company planned to introduce a combined total of 70 new hybrid and electric models.

On top of rolling out the new models, VW said it would aim to sell 26 million all-electric vehicles by 2029 and around 6 million hybrid vehicles. VW said it hopes that the shift towards electric will help hit new EU targets for CO2 emissions.

The German car giant has been trying to improve its image after being hit with several legal cases over the Dieselgate scandal. In  2015, VW admitted to illegally fitting millions of diesel cars around the world with software that helped cars pass emissions tests despite exceeding limits during real-world use.

The VW investment move came after rival carmaker Tesla announced that it would build its first European factory in Germany, bringing another major e-mobility player to the home of the car.

German prosecutors have charged former Volkswagen boss Martin Winterkorn in the diesel emissions scandal. The charges include one of major fraud. The news coincides with VW showcasing its wares at the Shanghai auto show. (15.04.2019)