The German government and car industry have agreed to increase joint subsidies for electric car buyers and extend the program to 2025. The news came as VW began production of its new all-electric vehicle. 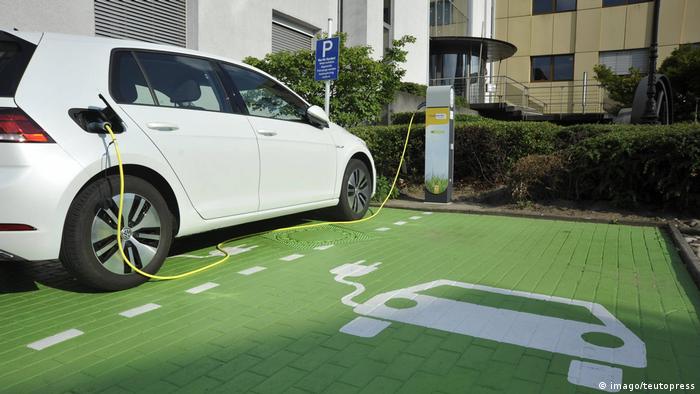 The German government and car industry have agreed to increase joint subsidies for the purchase of electric cars on the same day automobile giant Volkswagen began production of a new all-electric vehicle.

The agreement between the government and the automobile industry was reached following a Monday evening "car summit" aimed at fostering the mass production of cleaner transportation.

Read more: Electric cars — when will the stars align?

In addition to the subsidy issue, the two sides discussed ways to expand infrastructure for electric cars.

Monday's announcement came as Volkswagen began mass production of its ID.3 electric car. Starting in 2021, the company plans to build only electric cars at its factory in the eastern town of Zwickau — as many as 330,000 electric cars each year.

Germany's government has agreed climate policies including carbon dioxide pricing via emission certificates, costlier fuels, cheaper rail, and a ban on oil heaters from 2026. A leading Green was "bitterly disappointed." (20.09.2019)

Over the coming decade, Germany's electricity grid will need upgrades to enable it to recharge tens of millions of electric cars. Rather than being worried, experts seem to be looking forward to the technical challenge. (03.09.2019)

The chancellor called on the auto industry to put more effort into research and investment into electric vehicles. Germany's automotive industry chief said more regulations were not the answer to sustainable travel. (12.09.2019)