German prosecutors have accused VW executives, two current and one former, of not informing investors in time about the potential consequences of the emissions-cheating scandal. Shareholders still feel betrayed. 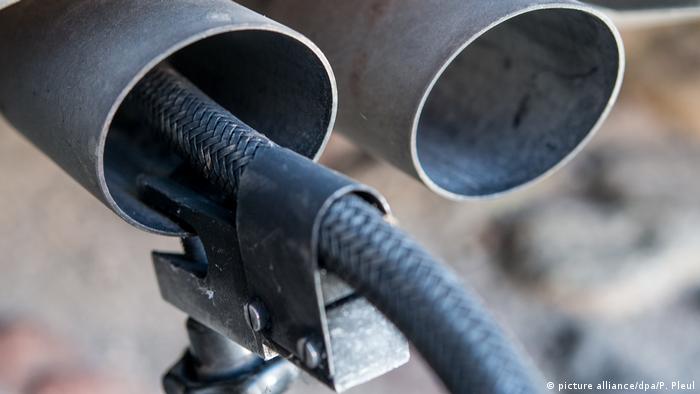 Following years of thorough investigations, prosecutors said there was evidence the accused intentionally failed to inform investors in time about the potential financial impact of the Dieselgate affair.

The scam, involving the large-scale use of so-called defeat devices in diesel vehicles to rig emissions tests in the lab, affected millions of VW car owners directly as their vehicles were suddenly worth a lot less on the secondhand market.

But the scandal also hit investors who were not able to sell their shares fast enough as the collapse of the stock came out of the blue.

Braunschweig prosecutors said those charged on Tuesday are suspected of having held back vital information for investors, failing to tell them about expected damage payments and litigation costs. The defendants had always claimed they only learned about the scam in September 2015 when the scandal became officially known with the help of US environmental regulators and agencies.

Investors are still hoping for compensation for the huge losses they incurred when VW shares took a deep dive on September 21, 2015, the first trading day after US agencies officially informed about the manipulation. VW executives set out a profit warning on September 22, 2015, far too late for shareholders to avoid major losses.

When the scandal broke, Winterkorn was at the helm of the Wolfsburg-based company. He was later forced to leave in disgrace. Hans Dieter Pötsch was chief financial officer at the time, while current CEO Herbert Diess joined the company in the summer of 2015 as head of Volkswagen's core brand, VW.

In a first response to the accusations levied against the VW bosses, lawyers for Diess flatly rejected the indictment, saying they were surprised at the prosecutors' reasoning. "The facts do not justify any accusation of market manipulation," they said.