Gallup poll: Animosity toward Trump, Putin 'must worry all of us'

An annual poll by Gallup shows that the global popularity ratings for all world leaders has declined. That indicates dwindling stability around the world, Gallup President Kancho Stoychev told DW. 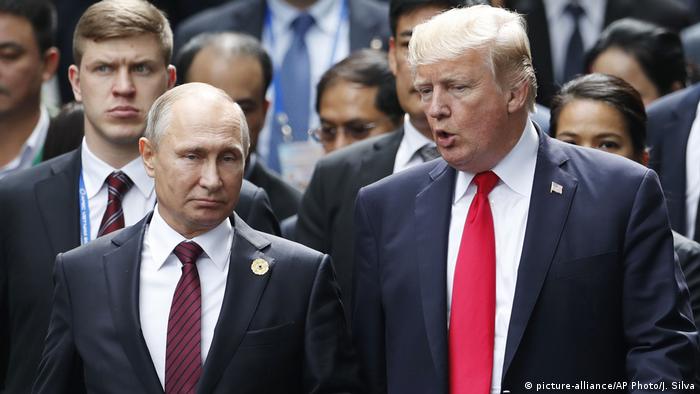 The Gallup International Association publishes an annual global survey on the popularity of world leaders.

DW: Mr. Stoychev, which takeaway of this year's End of Year Survey surprised you the most?

Kancho Stoychev: It's surprising that for the first time we are registering a downtrend in the ratings for all major political leaders in the world. This has never happened before. Normally some leaders go up and some go down for various reasons, but all of them going down together compared to last year and previous years — this is really without precedent. Something is happening in the world. It's not only about the famous gap between elites and masses, between leaders and voters, it appears that there are deeper reasons, that the world we are living in is in a period of transition.

It's not only political leaders that are losing support. Even Pope Francis is becoming less popular. Is this trend a result of the challenges some of the individual leaders such as French President Emmanuel Macron or Russia's President Vladimir Putin face at home, or does it indicate a growing mistrust in political leadership in general? 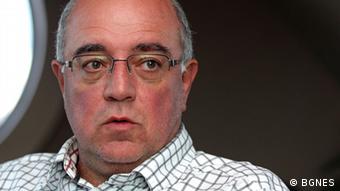 I think it is the latter. Yes, the national problems reflect the image of the respective leader, but we are talking about global data. Obviously we know that the rating of President Macron is going down in France, but it is also declining around the world. The same goes for many other leaders, including [Angela] Merkel, who is still the most trusted and positively evaluated leader not only in Europe but around the world, and who is also losing a serious amount of support. It is not only about domestic issues, it's about the global atmosphere. We saw during the last year a growing confrontation on an international level, which reflects the ratings of the global leaders.

In my opinion, the biggest part of the problem is their inability to deal with the problems facing the world today. The world order which was established after the Second World War seems to be unstable. We neither live in a Cold War situation with two big camps or configurations of countries, nor are we really in a situation like the one we had for 10 or 15 years when we had only one big superpower, the US. We live in a multipolar world, the whole picture is becoming more complicated. And it's especially complicated in Europe due to the problems we as are facing here.

How do domestic crises like the Brexit chaos in the UK Parliament or the yellow vests movement in France affect the respective leaders' popularity abroad?

There is no general answer to that question, but this is a good point. Let's take Brexit: In some countries and regions, [Prime Minister] Theresa May's ratings are going up. This means that the European view on the events, the view that Brexit isn't the best thing to happen to Europe, is not shared all across the globe. Many other regions see Brexit more positively than we do and in many places people seem to accept the deficit in a better way than us. It's very complicated because we are discussing global attitudes here, not only certain regions or countries.

German Chancellor Angela Merkel tops the list of political leaders, taking over from Macron, who was the most popular leader last year. The survey shows that she is more popular in Africa, non-EU Europe and Canada than at home in the EU. Is this a new phenomenon?

This is a new trend from last year that is mainly due to the developments and events in Europe. It is a European Union internal problem. During the past year, we saw growing tensions not only between the so-called Visegrad Four (Czech Republic, Hungary, Poland, Slovakia), but also in Italy. We saw serious discourse and disagreements on certain problems and projects between Germany and some northern countries like the Baltic States. This is not the complete list of problems, but the overall deterioration of trust in politicians in Europe is reflected in the ratings of every single European leader.

US President Donald Trump remains unchallenged at the bottom of the ranking. Have you observed any changes in his popularity in certain regions?

What is interesting is that his acceptance in Russia is continually declining, which was not the case one year ago when public opinion of him was much higher in Russia. Now, about 70 percent of Russians have a negative opinion of him. The same is happening with respect to the opinions of Americans about the Russian President, Putin: Exactly 70 percent of Americans have a negative opinion of him, which is a big problem. It means that the confrontation between the US, Russia and China is reflecting on a level of mass opinion.

This is bad for the stability of the world, because the populations of these superpowers are getting a negative opinion of the adversary. To me, this is very dangerous because it is not only about politicians speaking back to one another or being in conflict. Now, this conflict is spread among people from both sides of the ocean. The US and Russia are great nations and that attitude towards the leader of the other nation is something that must worry all of us.